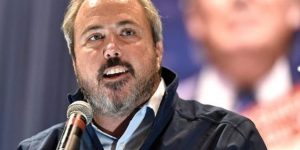 Several anti-democratic bills are rushing through the legislature this week and  next.  We need an avalanche of letters or phone calls to stop them in their tracks!  Here are the  the worst offenders: HB 1/ SB 484 Combating Public Disorder – This bill would arrest anyone affiliated with a protest who becomes  “disorderly.”  This bill

By John Kennedy, Sarasota Herald-Tribune, March 23, 2021 TALLAHASSEE – Florida Republican lawmakers continued to push changes making it harder to vote by mail while limiting the use of ballot drop boxes, despite opposition Monday from elections supervisors and voting rights advocates who warn it will reduce turnout in Florida. A GOP-dominated House committee rolled out its overhaul package