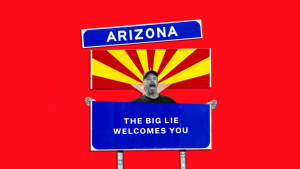 Arizona proves again that Trump is the GOP’s useful idiot

By Marc Elias, Democracy Docket, September 27, 2021 Donald Trump is the Republican Party’s useful idiot. He was their useful idiot when he turned over the selection of federal judgeships to the Federalist Society. He was a useful idiot when he became the improbable candidate of the white evangelical movement. But, nowhere has his idiocy