7 reasons to be optimistic about the future of democracy 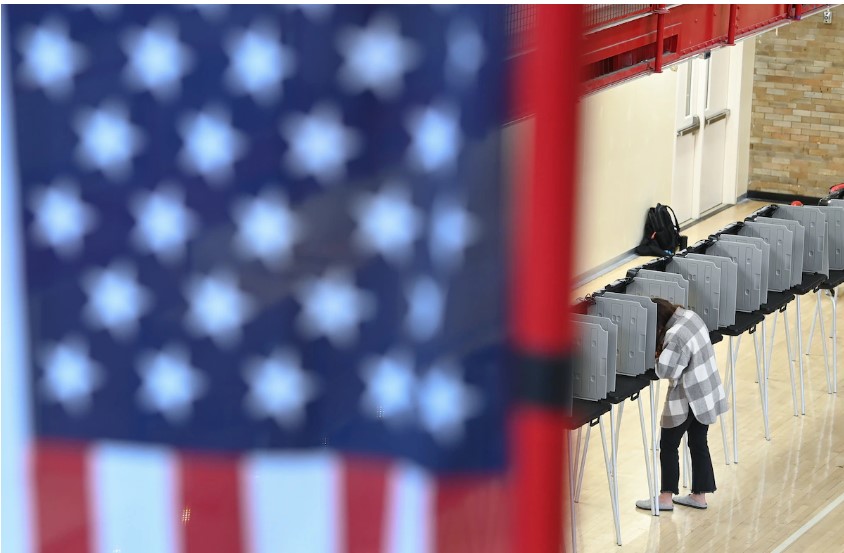 The midterm elections could have gone badly. Really badly. There were serious concerns that right-wing groups would resort to voter intimidation, violence or other antics at polling places. But none of that came to fruition.

In fact, while threats to democracy remain, 2022 might be seen as the point at which the erosion of democratic values and critical institutions were halted. There are seven reasons to be optimistic going forward.

First, courts have proved adept at heading off election-related shenanigans. For example, democracy defenders in Arizona succeeded in obtaining an injunction against right-wing groups menacing drop box locations. Other courts issued a flurry of decisions to strengthen voting rights and free and fair elections before Election Day. Democratic election lawyer Marc Elias took note of four of those decisions that all arrived on Nov. 3. As he wrote for Democracy Docket:

None of those cases grabbed a single national headline. Most received barely even a local mention. What made this day remarkable was its ordinariness. None of these cases were extraordinary. Indeed, that is the point.

One involved a college polling site, another guaranteed a county would print ballots and provide other election materials in Spanish, the other two involved the rules for Election Day and vote counting. While the headlines focus on how courts handle the most sensational attacks on our democracy — from the trials related to the Jan. 6 insurrection to the latest subpoena struggles with former President Donald Trump and his allies — it is the daily work of state and federal courts to ensure voting rights are protected one case at a time.

In sum, courts remain a bulwark against election subversion and voter suppression. The election proceeded efficiently and with few glitches.

Second, massive early voting demonstrated the ability of voters to adjust to new election rules. Ultimately, nearly 47 million early votes were cast this year. Media outlets, candidates and voters have become accustomed to the extended process of ballot counting, dampening claims that delays equate to voting fraud. Lo and behold, Republicans have largely conceded the races they lost — without fuss, as they are supposed to do.

Third, low turnout in competitive midterm contests is no longer the norm. The Post reports: “Turnout was especially high for a midterm in several battleground states, where expectations of a close contest appeared to boost voter participation. Voter turnout in Pennsylvania is on track to exceed 2018 by four percentage points. Nearly 6 in 10 eligible voters in Wisconsin and Michigan cast a ballot.” While the nationwide vote total might not surpass that of 2018, it nevertheless remains relatively high.

Fourth, younger voters have learned to show up at midterm elections, boding well for the health of democracy and progressive values. The Center for Information & Research on Civic Learning and Engagement at Tufts University found that “27% of young people (ages 18-29) turned out to vote in the 2022 midterm election and helped decide critical races, wielding the growing power of a generation that is increasingly engaged even as many remain disillusioned about U.S. politics.” Again, this didn’t match 2018’s numbers, when 31 percent of young people voted, but it is “likely the second-highest youth turnout rate for a midterm election in the past 30 years.”

The report also looked at the swing states of Florida, Georgia, Michigan, North Carolina, New Hampshire, Nevada, Ohio, Pennsylvania and Wisconsin, and found that aggregate youth turnout there was 31 percent. And if you are looking for an explanation as to why the red wave turned out to be a red drip, consider that young voters supported Democrats in House races by a 63 percent to 35 percent margin. Perhaps President Biden’s student debt forgiveness was smart politics, after all?

Fifth, there were a number of “firsts” on Election Day. That includes election of the first openly lesbian governors (Maura Healey in Massachusetts and Tina Kotek in Oregon) and the first African American governor of Maryland (Wes Moore). The country will also have a record number of female governors. Despite the reactionary movement that seeks to take the country back to the 1950s, the United States continues to expand the definition of “We” in “We the people.” As our institutions and elected bodies start to look more like America, they will have more legitimacy in the eyes of many Americans.

Sixth, the movement for women’s autonomy has arguably never been more energized. All five ballot measures on abortion during the midterms resulted in losses for the forced-birth crowd. The power of women voters is not to be underestimated. That might have far-reaching consequences for years to come as Republicans continue to defend overwhelmingly unpopular abortion bans.

Finally, the Republican Party might finally be tiring of Donald Trump. The former president is a loser. The primary candidates he picked are losers. Even Republicans admit that he has been harmful for Republicans in tough races. Josh Holmes, a former aide to Senate Minority Leader Mitch McConnell (R-Ky.), told The Post, “The one thing Democrats are not wrong about, and they were actually pretty smart about: Every time Trump is the center of the political conversation, Republicans had a problem in the polls.”

Yes, it’s Republicans’ own darn fault for not breaking with Trump earlier. And while the former president might continue to hang like a dark cloud over the 2024 race, stepping into the race has become more treacherous for him. And don’t forget that state and federal criminal investigations are speeding along and could result in an indictment of Trump in the weeks and months ahead.

In sum, democracy is looking stronger than it did a week ago. And with federal and state prosecutors still at work, I’ve never been more optimistic that Trump and his cronies will face accountability for their actions. This all bodes well for the survival of American democracy.

Image Credits: A voter completes their ballot at a polling place in Denver on Tuesday. (Matt McClain/The Washington Post)