9 tips to debunk false claims made by friends and family 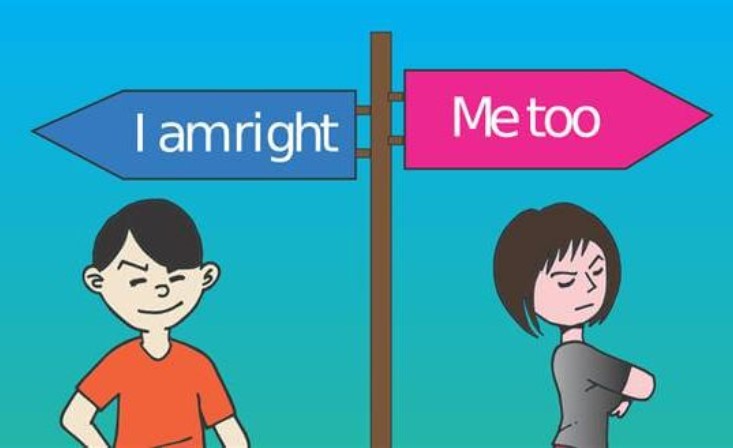 Even when a source of information is known to be unreliable, research shows, many people will start to believe a claim if it is repeated often enough.

That’s why it’s so important to stop misinformation when we can — a task that often, unfortunately, starts at home.

Correcting friends and family members about what they share online can be stressful, but it counts. Experts say we’re more likely to change our point of view if we’re approached by someone we care about, especially if the person is someone with whom we tend to agree. Researchers who studied the circulation of false information on WhatsApp and other messaging platforms found that corrections received from a family member or a close friend are reshared more often than those sent by a casual acquaintance.

The Washington Post spoke with half a dozen experts who study political misinformation on the internet, how it spreads and the ways that people discern fact from fiction. They say the key is to be empathetic. Listen and try to understand someone’s concerns. Share the sources you use to gather reliable news and information. And if you really want to change someone’s point of view, get ready for multiple conversations, not just one chat.

Start with friendship, not facts

Mike Wagner, a professor and political scientist at the University of Wisconsin, said it’s important to remember that “the facts don’t matter” for many people who share misinformation. They often don’t trust mainstream news sources or political institutions. Find the shared experiences that bring you together and demonstrate you’re not on the attack or calling them stupid.

“Aim for the heart, not the head,” he said. “If facts worked, there would be no need to have the conversation.”

Wagner said you can disarm someone by engaging in “costly talk,” which is when people share concessions that are “bad for their side.” From there, Wagner suggests trying to discover the person’s trusted sources. If they won’t listen to mainstream media outlets or public officials, for example, who will they listen to, and are those sources sharing accurate information?

Leticia Bode, a professor at Georgetown University who studies interventions against misinformation, said her advice is always to be kind and empathetic. We’ve all been misinformed at some point, Bode said. It’s best to approach the conversation with the best intentions.

If your conversation is actually a reply on social media or a text in a group chat, try to keep the message short, as well. “Don’t overwhelm them with information,” Bode said. Share a link to a credible source and then move on. “You can’t get bogged down in correcting all day long,” she said.

Ask: ‘Where did you learn that?’

Instead of telling someone what they believe to be true is wrong, ask them where they first heard of it, said John Silva, a director at the News Literacy Project. Were they listening to a podcast? Reading an article? Or did they find it on Twitter?

Once you’ve asked them to share where they get their information, share your sources of information as well, Silva said. Talk about what’s been reported by those organizations or people and why you trust what they’ve said.

Silva suggests following up, and asking, “How can I help you trust what I trust?” or “What would it take for you to trust” the election process?

Talk about the money behind misinformation

When you’re talking to someone who believes in a conspiracy theory, Wagner said it can be helpful to ask: Who’s benefiting from your believing this? Who’s raising money or making money because of the audience they’ve built from this?

Wagner said that it can be helpful to remind people that if somebody at a mainstream news outlet such as The Washington Post or NPR reports something that’s false, they can be fired.

“People who work for really ideological talk shows or podcasts don’t have the same worry,” Wagner said. “They don’t get in trouble in the same way.”

Deen Freelon, a professor and researcher at the University of North Carolina’s Hussman School of Journalism and Media who studies disinformation that spreads on social networks, said people should understand that mis- and disinformation are a profitable business for both those who share it and the social media platforms on which they share it.

“For the bottom line, it’s very good, but from a democratic, social and PR perspective it’s quite bad,” Freelon said.

Don’t debate at the Thanksgiving table

Experts say the holiday table is not the place to have these conversations.

Instead, invite someone out to coffee and make it a one-on-one conversation, Silva said. Better yet, wait for that person to bring up the election or the news on their own and be ready to respond. Avoid confrontations.

“None of us want to feel humiliated. None of us like to be wrong. That’s a very uncomfortable feeling,” Silva said. “We want to provide a safe pathway for these people to acknowledge that they were manipulated.”

Set the record straight in the family group text

The person who first shared the misinformation will always be the hardest to convince. Instead, you may want to consider everyone else who’s reading the post. Bode has found that people are less likely to believe in misinformation when they see others have been corrected.

Bode said there is always a risk a person could become annoyed about your reply debunking their claims on Twitter or Facebook. So, she recommends “a hybrid approach” where you “gently” correct online and try to talk to somebody offline, as well.

Be willing to walk away

If voices start to rise, if your blood starts to boil, “you need to pull back,” Silva said. It’s nearly impossible to recover the conversation once it evolves into a confrontation.

“You’re not necessarily going to fix this in one conversation,” Silva said. “You might need to just pull back and say ‘Maybe we can talk about this later.’ ”

In Wisconsin, 1 in 5 people say they have ended relationships with friends or family members because of politics and the recent statewide and national elections, Wagner said. Conversations about politics, especially with those to whom you’re close, can become personal fast. Sometimes, you may decide the “emotional labor” of these conversations is no longer worth it, Wagner said.

“Not everybody is persuadable,” he said. “It’s okay if you’ve tried your best and they just can’t see it.”

While it’s possible to change someone’s mind, experts say it almost always takes more than one conversation. “You have to think of it as a long game,” Freelon said. The people you’re speaking to need to see that you’re “personally invested” in the outcome.

Madeline Jalbert, a postdoctoral scholar at the University of Washington who studies how people judge truth, said everyone is vulnerable to misinformation. Once you’ve heard and start to believe a falsehood such as, “The election was stolen,” it’s hard to “go back to a place” where you’ve never considered that point before, Jalbert said.

“All of us hold beliefs that don’t fully match up with reality,” Jalbert said. “It’s something that’s very tricky to correct.”

Facebook
Twitter
Email
PrevPreviousDeSantis and Crist return to region
NextIt’s time to Get Out the Vote (GOTV)!Next