A message from our DEC Chair 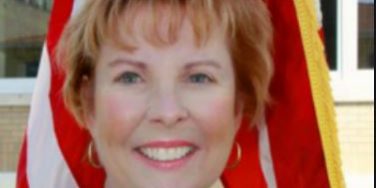 Thank you to everyone who took action to elect Rev. Raphael Warnock and Jon Ossoff to the U.S. Senate in Georgia! Both races have been called for the Democratic candidates, meaning that, once Vice President-elect Harris is inaugurated and becomes the tie-breaking vote, the Democrats will control the Senate.

President-elect Joe Biden and Vice President-elect Kamala Harris have announced a nationwide push for service. The Charlotte County Democratic Party has been quite active in helping our communities by providing Thanksgiving meals to struggling Veterans and supplying food to food pantries around the County to help those in need during this economic downturn. The official National Day of Service is January 18, which is Martin Luther King, Jr. Day, and is two days before Biden and Harris will be inaugurated. Check our Newsletter and website for details about our January 18 community service events as well as our January 20 event to celebrate the election of Joe Biden and Kamala Harris. Bring non-perishable food (or bring cash and we’ll do the shopping) so we may continue to help those in need.

An Assault on Democracy

The assault on Congress on January 6th was an act of violent sedition aided and abetted by a lawless president. It is difficult to comprehend that the President of the United States incited a mob to invade the U.S. Capital; the broken doors and windows of which can be fixed. A broken democracy will be much more difficult. On the positive side, the days of Mitch McConnell as majority leader of the Senate —where all legislation went to die — are coming to an end. Thanks to Georgia, President-elect Biden has more options available to begin healing the country and our democracy.

Our work to defeat the worst governor in America starts TODAY! Join the fight. Take Action. Volunteer. There are so many ways to get involved to ensure Gov. DeSantis is a one-term governor: become a monthly donor; assist with voter registration and outreach; become a precinct captain; engage with members of our community: seniors, students, people of color, the disabled, the LGBTQ community and veterans; write articles for our newsletter and letters to the editor; run for office. We have to win elections. We have to bring people together. We must unite around shared values. We must fight back against the terrorists who are attempting to destroy this country. Join us. Join the fight!

Thank you for all that you do for your country and for democracy.

Anti-protest bill will get its Senate vote on Wednesday April 14th
April 12, 2021