A partisan Supreme Court is 2022’s other incumbent 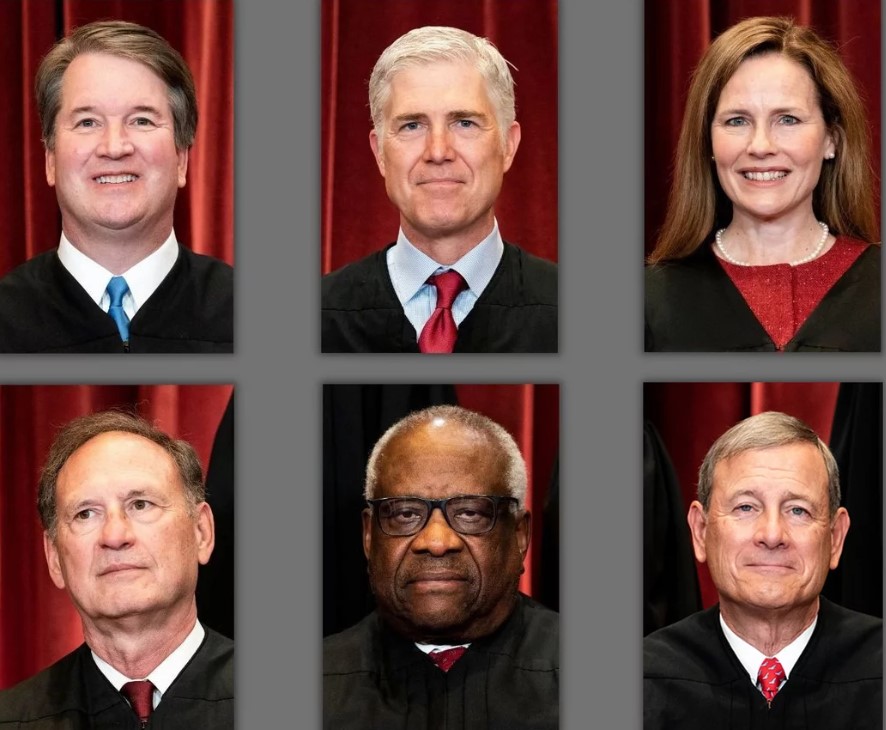 What makes this midterm election different from every other? Most midterms are about the party in charge. But in this one, two parties count as incumbents: the Democrats who control the White House and Congress, and the Republicans who control the Supreme Court.

GOP pollster Whit Ayres called my attention to this remarkable structural change. In the typical year, Ayres noted, the policies most relevant to the choice before voters are the work of the White House and Capitol Hill. “But in this case, the most significant policy action taken before the midterms,” he said, referring to the court’s decision overturning the abortion rights protections of Roe v. Wade, “was taken by a conservative-dominated, Republican-appointed Supreme Court.”

How this election turns out will depend in large part on which of the two incumbents draws the most voter anger. As a result, the beginning of the court’s new term on Monday has more electoral significance than usual. The more the court is in the news, the better it is for Democrats.

I know, I know, we are regularly lectured by justices that we are supposed to think of the court as nonpartisan. But that sentiment is belied by the ferociously partisan nature of the court’s recent rulings — and the highly partisan way this conservative majority was created.

It’s also laughable that conservatives, including the ones on the court, should be shocked that their bellicose use of the confirmation process and judicial power should inspire such fury from Democrats. For decades, it was Republicans who ran against liberal courts — and “judicial activism” and judges who “legislate from the bench.” It turned out they were happy to legislate away once they got the votes.

The proof of how radically the new court majority has polarized opinion along partisan lines lies in the polling. The Pew Research Center has been asking Americans their views of the court since 1987, when 80 percent of Republicans and independents who lean toward the GOP had a favorable view, as did 75 percent of Democrats and Democratic leaners.

This summer, as Pew noted, it found that “ratings of the Supreme Court are now as negative as — and more politically polarized than — at any point in more than three decades of polling.”

Just 28 percent of Democrats and Democratic-leaning independents viewed the court favorably. Among Republicans and Republican leaners, the court’s favorable rating stood at 73 percent.

Pew underscored just how significant this shift is by noting that the 45 percentage-point partisan gap “is wider by far than at any point in 35 years of polling on the court.”

We are witnessing a profound reshaping of American politics. At the most basic level, the two parties have switched sides on the salience of the judiciary as a voting issue. The court loomed for 50 years or longer as a motivator for many Republicans, particularly opponents of abortion who yearned to overturn Roe. Now, the court is driving Democratic energy.

If Roe jolted a right-to-life movement into existence half a century ago, the Dobbs v. Jackson Women’s Health Organization decision scrapping Roe has unleashed an equal and opposite effect on supporters of abortion rights, who happen to constitute a majority of the electorate.

And the conservative court’s expected aggressiveness on issues ranging (for starters) from voting, labor and LGBTQ rights, to environmental and firearms regulation, to affirmative action and church-state questions is likely to set off clashes between the elected branches of government and the judiciary not seen since the New Deal era — or, even more dramatically, since the Northern backlash against the Dred Scott decision on slavery that preceded the Civil War.

It’s obvious that Republicans are aware that a double-incumbent election is dangerous to their chances in November. That’s why they have been playing down abortion in recent weeks, and why many once-ardent abortion foes in the GOP are scrubbing their websites of their once-bold promises to enact broad bans on the procedure. They are clearly hoping that the more time passes since the Dobbs decision, the less of a voting issue abortion will become.

But Democrats are not letting up on abortion, guns and other issues where the incumbent court has taken stands out of step with public opinion. The beginning of the court’s new term, and the increasingly public clashes between liberal and conservative justices over its direction, will further underscore the depth of the political and philosophical conflict the country confronts.

The election of 2022 is only the beginning of a long, angry and consequential struggle.

Facebook
Twitter
Email
PrevPrevious‘Where am I going to go?’ Floridians hit by a hurricane and a housing crunch
NextThe identity of ‘Perla’ is revealed, creating new woes for DeSantisNext