A salute to shame 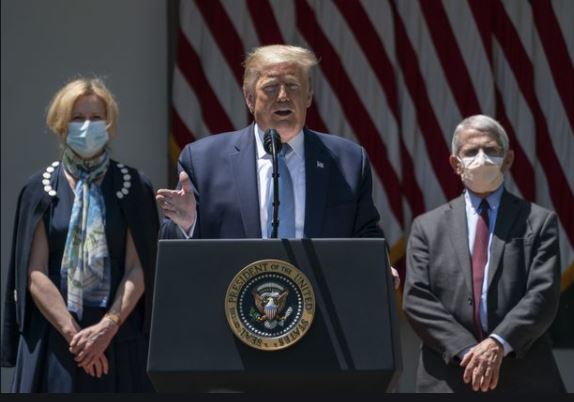 Was CNN’s March 28th special, “COVID WAR – The Pandemic Doctors Speak Out” which gave the former administration’s public health officials valuable air time a truly relevant journalistic opportunity, or rather,  a stage to highlight their shameful malpractice regarding their malevolent silence on the deadliness and spread of COVID-19?

We may never know the true intent of network management but the resulting response, at least for this writer, was boiling rage.

Their display of self-sanctimony, hubris and ersatz professionalism exceeded appalling.

The premise of their message, that 400,000 lives were unnecessarily sacrificed due to Trump administration silence and negligence, was stunning.  Not just the fact that so many lives were lost, but that the medical professionals on that stage agreed to wear the Trump muzzle…TO PROTECT THEIR JOBS!  They “served” in this silent administration and voluntarily participated in the verbal straight jacket.

So, they were muzzled and not allowed to express the truth?  Their passivity is unacceptable. That violin was way out of tune for this writer.

What is the difference between this complicity and falsifying data?  Actually, Dr. Birx had mentioned after her departure that her own data charts were replaced by false ones before her presentations to the country.  Yet she presented these data on national television as the truth nonetheless.  State and local officials followed her guidance and that of the other administration medical partners in crime.  You could say their lies and coverup created a pandemic to match that of COVID-19.

Over the past year Doctors Redfield, Hahn, and even the revered Dr. Fauci experienced hundreds of opportunities to show a professional backbone, defend the public health, speak the truth and stand up to the tyrant in the White House.  The opportunity cost of their silence was 400,000 lives.

Any respect for these former representatives of the Trump administration as they remove the muzzle NOW is undeserved.

Former Secretary of Health and Human Services Alex Azar refused to participate in this broadcast.  Perhaps he recognizes the shame he should feel.

Each of these “public health professionals” either put a hand on the bible, agreed to a pledge or oath, or participated in other confirmation proceedings theoretically in place to assure professional standards.  Their failures are astonishing.

Let’s hope President Biden has been, and will be, a better judge of integrity and character in his appointments.

And that these medical “influencers” should never again appear in positions influencing public policy and opinion.

Facebook
Twitter
Email
PrevPreviousDo you listen to Podcasts? Here are some good ones!
NextTallahassee is still at it. Let them know how you feel!Next