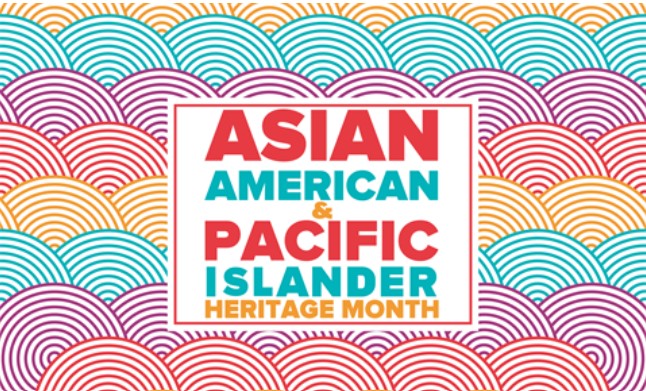 Even the most decent person can often look out at the world and assume that life beyond their direct experience is probably close to what they’ve seen.

If we – as residents of Charlotte County – were to make a similar judgment about the Asian American and Pacific Islander (AAPI) population, just about everything we thought we knew would be wrong.

Even in my home, that’s clearly the case. In 1986 I was living in Alaska and met a woman from Taiwan. Two years later we were married, and four years after that we had two kids.

In my family, my marriage was not exceptional. Two of my sisters married men from India and Iran, my brother married a woman born in South Korea (and my youngest sister married an African American man). Not bad for five white kids from Iowa.

Beyond making Thanksgiving meals more cosmopolitan, our marriages gave us an appreciation for our spouses’ cultures and new perspectives on our own.

During my first trip to Taiwan, as a 6’2” white guy, I literally stuck out in crowds. Kids would run up to me and yell “Měiguórén!”

Asking my wife what they might be calling me (and hoping it was good), I learned that “Měi” meant “beautiful,” “guó” meant country, and “rén” meant person.

After I met my wife, I studied Mandarin Chinese at the University of Alaska Fairbanks. Today, I can “get along” in Chinese. I think of my skills as being similar to a dog walking on its hind legs – it’s not the dog does it well, but the surprise is that it does it at all.

Speaking Chinese, even haltingly, has brought me to the head table at banquets in Beijing, and allowed me to understand people who assumed I had no idea what they were saying (short version: they were less-than-impressed about a certain person, who thankfully wasn’t me).

When I’ve traveled to Taiwan, China, Hong Kong, Malaysia, Singapore, or Russia (yes, also an Asian country – mostly), the fact that I can say anything using the local language can bring tears to people’s eyes. And yet, in our country, we can be annoyed, angered, or get on TV to warn about the “great replacement” when someone speaks with an accent.

For Americans who haven’t kept up with our past, it’s important to know that the Chinese Exclusion Act prohibited all immigration from China to the United States from 1882 to 1943. During World War II, out of a literal sense of allyship, the exclusion was replaced with a quota – which allowed 105 (yes, 105) Chinese immigrants per year – a limit that was in place until 1965.

Since both my wife and I were born before 1965, that’s an important date – but another date to remember is 1967, when the Supreme Court ruled in Loving v. Virginia that it was legal for people like us – from two different races – to get married in the first place.

Since our children were born in the 1990s, I’ve had Asian American relatives denied service in restaurants and, within my own family, navigated teacher certification laws that were designed for people like me and not people from other countries, even if those people were explicitly being hired to teach the languages they spoke growing up and used to graduate from colleges in those countries.

Yet, we are not allowed to say “Critical Race Theory” (the idea that racism, intended or not, can be embedded in some of our laws and institutions), nor are we allowed to teach students about the Chinese Exclusion Act or anything else that might make some kids (or governors) feel bad.

If you’re good at math, or if you’re simply a good human being, it seems like it’s in our shared interests to live with each other (and occasionally love each other) in kindness and respect.

Today my daughter, who often works on weekends as a server at a restaurant in Fort Myers whose name you’d recognize, greeted a couple as they entered and the husband said, “Thank you for speaking English and thank you for being white.”

The wife slapped at her husband’s arm, told him “You can’t say that!” and then said to my daughter, “Sorry, he woke up on the wrong side of the world.”

My daughter – whose 50 percent Chinese heritage was apparently not obvious to the husband and perhaps his wife – took them to their seats, and then told her managers she did not want to serve the couple given the husband’s unashamed racism.

Another server – who was “all white” – was assigned to the table.

Before the couple finished eating, the wife told the second server to please apologize, on her behalf, to my daughter for her husband’s behavior.