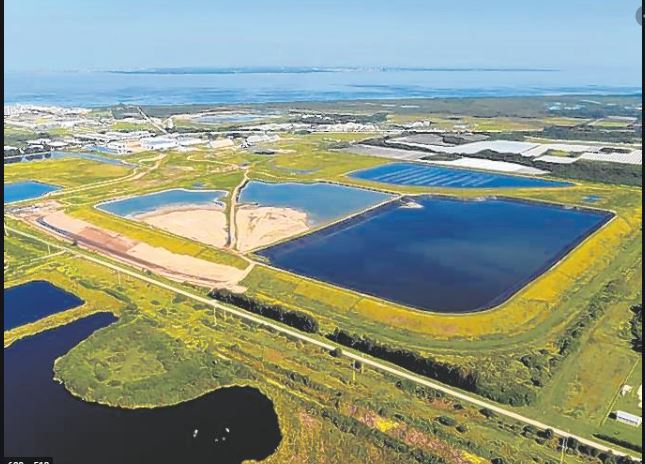 As yet another potential environmental disaster connected to the former Piney Point fertilizer processing plant along Tampa Bay in Manatee County unfolds, questions about accountability for the repeated problems loom.

Elected officials and regulators at both the local and state levels have long grappled over the best way to close the Piney Point facility once and for all.

State Rep. Will Robinson said a permanent solution has been difficult to find over the years because the private property has changed owners multiple times, and government officials have continuously debated over proper solutions, as well as whether taxpayer funding should be used to clean up private property.

“That is the problem,” Robinson said. “It is an incredibly challenging puzzle because you have a landowner; it is private property;  this landowner bought the property with full knowledge of the environmental conditions on it. So it’s the taxpayer, because of the inefficiencies of the landowner’s financial situation, that are having to step up and clean up the site.” Robinson filed H.B. 4057 this year seeking $6 million in state funds to help pay for a permanent closure of the Piney Point phosphogypsum stacks that have experienced repeated leaks and threatened nearby waterways and residents with the potential of catastrophic failure. Manatee County has pledged a matching $6 million toward a solution, and on March 9, county commissioners agreed to push for construction of a deep injection well to dispose of wastewater from the Piney Point facility underground.

Those efforts could be coming too late, according to local environmental advocates who have long criticized area elected officials for not addressing the problem permanently before a serious incident such as the one unfolding this week occurred.

During their meeting on Thursday, Manatee County commissioners received an update about the emergency Florida Department of Environmental Protection order allowing up to 480 million gallons of polluted industrial wastewater to be released from the plant into Tampa Bay through the Port of Manatee. Officials said the discharge of the nutrient-laden water had to be temporarily suspended because of a leaky pipe. They expected the repair to be quick, but it was not clear if the discharges had resumed by Friday.

In response to the situation, Manatee County issued a State of Emergency order on Thursday to warn residents about possible danger, and to give county staff flexibility to better respond as needed.

“Any contaminated water release in unplanned large amounts can result in injuries, damage to public and private property, and may result in first responders and government agencies intervening to protect lives, property and the environment and to reduce impacts to utilities, public buildings, communication systems, transportation systems, and infrastructure,” according to a county press release.

The DEP authorized the release to reduce pressure on the phosphogypsum stack water containment that is in danger of collapsing due to a leak in the liner of the southern pond on the property. Manatee County Commissioner Reggie Bellamy said that the board, and other stakeholders, need to address what he called “the elephant in the room.” “What are the risks, how this could have been avoided, and what are our next steps to make sure?” Bellamy said. “It has to be addressed because our constituents want to know. I want to make sure we address the elephant in the room from (county staff ‘s) perspective, from (facility owner) HRK, from DEP. We have been silent on this enough.” In response to Bellamy, Manatee County Parks & Natural Resources Director Charlie Hunsicker said the “elephant in the room” is the construction of the lined containment system, which has now leaked twice since 2011.

That high density polyethylene liner was installed between 2003 and September 2005 by contractors DEP hired after it took over the Piney Point facility in an effort to close the site after the Mulberry Corporation filed for bankruptcy in 2001, according to DEP records. At the time, the overfull containment system was also in danger of failing, forcing a more costly and elaborate effort to get rid of the tainted water.

“The liners were laid down 18 years ago in strips, like a vertical blind in your home, and between the vertical blinds the gaps were held together with a heat weld and fused to create a continuous underlying mat for the 79 acres,” Hunsicker said. “So there is tens of thousands of feet of seams all through the pond. We have had two failures since the liner went in where the seams separated and water is moving through.” DEP representatives were not present at Thursday’s meeting with Manatee County and instead opted to meet with environmental groups elsewhere in the Tampa Bay area, a decision that some commissioners criticized.

“I have lots of questions to ask, but I don’t think this is the appropriate time,” Commissioner Kevin Van Ostenbridge said. “DEP should be here, not in Hillsborough County.

“They are running the show; we don’t really have much authority here,” he said. “The county didn’t permit this site, we didn’t create this mess, but yet here we are. So I would like the chair to reach out to DEP and request their presence in this chamber on Tuesday (April 6) so that we can ask questions of them. I don’t want a phone call.”

HRK Holdings purchased the Piney Point property in August 2006. DEP had just completed its effort to install the liner system and treat and remove hundreds of millions of gallons of wastewater while operating at the site, leaving about 35 million gallons of wastewater in the surface of the ponds, according to DEP records.

The company agreed to accept dredging materials from Manatee County’s Berth 12 dredging project at the Port of Manatee, and to store excess capacity at the wastewater pond on the property’s southeast corner. DEP was the permitting agency on the project.

The Berth 12 project took place between April 2011 and October 2011, but was interrupted by the first leak in the phosphogypsum stack since the polyethylene liner was installed. The water was leaking from the pond that received the dredging material, which is the same pond that is leaking at Piney Point today.

“When the port was dredged, we delivered the dredge material and a slurry of water to a containment pond at the top of the stack that had capacity at that time,” Hunsicker said. “It was a good place to put the dredge material as opposed to offshore dumping or finding a spot in Tampa Bay to put it. So the material went to the top of the stack in a mud-water slurry.” Since then, Piney Point has reported multiple instances where wastewater has nearly reached maximum capacity, in addition to the two leaks.

Facebook
Twitter
Email
PrevPreviousStop Attacks on our Public Schools and Universities!
NextCharlotte County Democrats care for the hungry and needyNext