Advocates bracing for wave of eviction filings as moratorium expires 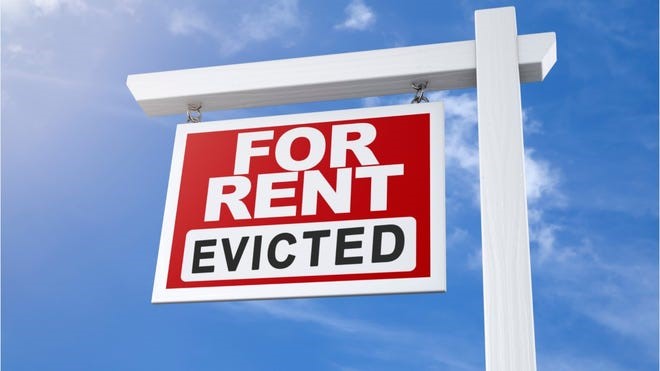 Advocates for struggling renters are bracing for a wave of eviction filings when a federal ban on expelling tenants from their homes expires Saturday.

“We’re hoping for the best but expecting the worst because we’re still getting calls every day so we know people are struggling,” said Legal Aid of Manasota CEO Linda Harradine.

The Centers for Disease Control and Prevention imposed the eviction moratorium last year to help renters during the pandemic, and it has been extended multiple times. President Joe Biden said this week that he would like to see the moratorium extended again but believes – based on a recent U.S. Supreme Court ruling – that action must come from Congress, which is unlikely.

“We’re proceeding as if there will be no Hail Mary and just expecting there will be a lot of filings next week… that’s what we’re preparing for,” Harradine said.

The bright spot for tenants who have fallen behind on rent because of the pandemic is that considerable federal financial assistance is available.

So far, though, relatively few households have tapped into the federal Emergency Rental Assistance program. Harradine worries that people either don’t know about the program or are giving up to quickly after struggling to compile the appropriate paperwork.

“We still have clients who say I didn’t know I qualified for that,” she said.

Under legislation signed by former President Donald Trump, money began flowing from the federal government early this year to help renters. By Feb. 10, the U.S. Department of the Treasury had distributed $25 billion to states and local governments.

Florida received $871 million, and 32 local governments around the state garnered another $570 million.

The state program, run by the Florida Department of Children and Families, didn’t begin processing rental assistance applications until May 17 and had paid out just $100,000 through the end of May, while local governments distributed $62.2 million, according to a report earlier this month by the Treasury Department that examines the first phase of the ERA program.

Rental assistance efforts have been ramping up at the state and local government level, but the vast majority of the money remains unspent.

Sarasota County officials announced Thursday that nearly $1.1 million in aid has been distributed to renters.

Sarasota launched its rental assistance program on May 5 with a $13.2 million allotment from the federal government. Since then 180 households have received aid.

Manatee County has distributed $2.5 million in rental assistance out of $12.2 million available, approving 403 applications and denying 295.

Tenants can receive help paying both rent and utilities, but they must earn less than 80% of the area median income, demonstrate they are experiencing housing instability and have a pandemic-related financial setback.

There have been 829 residential eviction filings in Sarasota County since Oct. 1, 2020, while In Manatee County 1,216 evictions have been filed since November, according to data provided by county clerks.

If evictions spike, Harradine worries that renters will struggle to find alternative housing.

“Where are they going to go with the lack of affordable housing? I don’t know where these families are going to go long term,” Harradine said. “It’s going to be really bad in the short term and I think equally difficult in the long term.”

Sarasota County Clerk of the Circuit Court and County Comptroller Karen Rushing, who helps oversee the county’s rental aid program, said earlier this month that she hopes the rebounding economy and rental assistance money will help alleviate the impact of the eviction moratorium expiring.

“If those entitled are actually taking advantage of the financial aid for this, and the job market open for anybody who wants to work, it seems like it’s going to be a soft landing,” Rushing said.

Facebook
Twitter
Email
PrevPrevious“Water Quality in Charlotte County: Where We Are, How We Got Here, and What We Do Now” on August 3rd @ 7 pm
NextWhy Do Republicans Hate Cops?Next