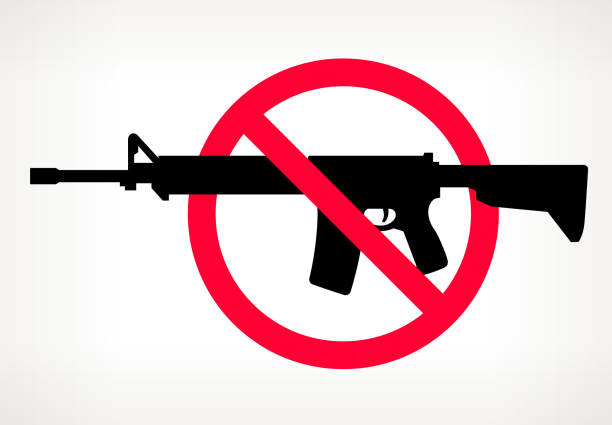 The mass shootings that plague this nation are a uniquely American jumble of contradictions. Each new one horrifies, and yet fits into a depressingly familiar pattern. Communities count the dead — nearly 50 so far in November — and tally the gruesome details. The country vows to honor the lives cut short. And then it all fades from the headlines and people move on, leaving behind thoughts and prayers but no concrete policies to stop the next bloodbath.

The United States has averaged nearly two mass shootings a day this year, according to the Gun Violence Archive, which tracks when four or more people are shot. To put that another way, it’s now unusual to have a day without a mass shooting. “We aren’t numb — we’re traumatized,” tweeted Shannon Watts, founder of Moms Demand Action, which has been urging action to stop gun violence in America since the Sandy Hook Elementary School shooting that took the lives of 20 children and six staff a decade ago.

It can happen anywhere, to anyone. Fourteen Americans mowed down this month at the University of Virginia, Club Q in Colorado Springs and a Walmart in Chesapeake, Va., were doing normal activities of daily life — going to school, enjoying a performance, working. They leave behind grieving loved ones, who ask: Why?

The Post’s View: Our dysfunctional relationship with guns rears its ugly head in Virginia

In each case, as usually happens, there were warning signs missed — or ignored. The chilling note the Walmart shooter left in his phone railing against his co-workers and claiming his phone was hacked suggests he was a deeply disturbed 31-year-old. And yet, he was able to buy a pistol just hours before he massacred six fellow employees in a break room. In Colorado Springs, a 22-year-old suspect who had been arrested last year for an alleged bomb threat, but never prosecuted, was not prevented from obtaining an AR-15-style weapon and a handgun. It’s eerily similar in the University of Virginia shooting: The 22-year-old suspect had multiple prior run-ins with the law, including a 2021 conviction for possessing a concealed firearm without a license.

Too often these tragedies are written off to individual cases of mental illness. That does not explain why the United States has had more than 600 mass shootings every year since 2020 and why no other country has anything close to this level of gun violence. We must confront the truth about guns in America and why it is so easy for practically anyone to get them — including some that are weapons of war.

The fact that no single action will stop all mass shootings is no excuse not to do things that could prevent some of them or lower the toll when they happen. President Biden is right to call for another nationwide assault weapons ban, which he helped enact for 10 years when he was a senator in 1994. Poll after poll show wide support for stricter gun laws. The House passed the ban in July, but the Senate has yet to act.

The Post’s View: Again, Americans are killed by a weapon of war. A ban must be on the table.

Earlier this year, Democrats and some Republicans worked together to pass a gun safety bill as the nation mourned the 19 elementary school students and two teachers who died from a horrific mass shooting in Uvalde, Tex. The new law included more funding for mental health services and school safety, expanded background checks on 18- to 21-year-olds trying to buy guns, and more funding for programs that help seize guns from troubled individuals. It was a start, but lawmakers cannot stop there.

The U.S. Congress is not the only place where action is needed. When Virginia Gov. Glenn Youngkin (R) was asked whether he would support tighter restrictions on guns after two mass shootings occurred in his state this month, he replied: “Today’s not the time.” So when is the right time?

In 2020 and 2021, with Democrats controlling both the legislature and the governorship, Virginia passed modestly enhanced gun control laws. The changes included sensible reforms: Universal background checks, a three-year ban on firearm possession for people convicted of assaulting a family member and a red-flag law that gives authorities the ability to seize weapons from people considered a threat. Clearly, it wasn’t enough.

The spate of gun violence has erupted even as the Supreme Court has limited the tools that government at all levels can use to address the problem. The court’s June ruling, striking down a New York state law that limited concealed carry permits, instructed lower courts to find gun laws unconstitutional unless proponents could point to a historical analogue — in other words, show that regulations are based on or similar to ones that existed in the past. This is an unnecessary and unworkable standard that is making its way through the lower courts, with predictably dreary results. The court should make clear that its focus on history does not need to be applied with monomaniacal precision.

Army veteran Richard M. Fierro is rightly being called a hero for tackling the gunman at Club Q in Colorado Springs and preventing the death count from climbing even higher. But it’s chilling to hear him describe how events that night looked similar to what he saw in Iraq and Afghanistan. How his combat training kicked in after he saw the shooter’s weapon and body armor. His daughter’s boyfriend was one of the victims. “Everybody in that building experienced combat that night,” Fierro said. It took only three days for another war-zone scene to arise, this time at a Walmart.