After state docked pay from school board, Broward County pushes DeSantis to stop sitting on billions for schools 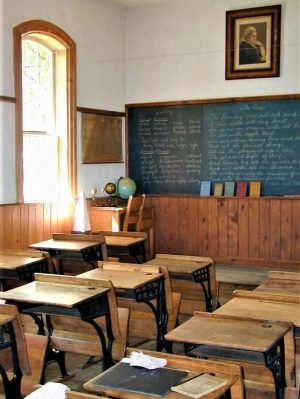 While state education officials withheld the salaries of Broward County School Board members because of strict mask mandates, the school district has called on Gov. Ron DeSantis to distribute billions in federal relief funds to help schools recover from the COVID-19 pandemic.

In a letter addressed to the governor, Broward Interim Superintendent Vickie Cartwright and Board Chair Rosalind Osgood said that Broward schools are “entering into the second year of the pandemic and continue to have the need for stimulus dollars to help mitigate the impact of the pandemic on our students and staff.”

More than $15 billion in federal relief funds have been earmarked to help Florida schools with  additional sanitation practices, mental health needs of students and staff, and support for struggling students, among other recovery measures.

According to July 31 data from the U.S. Department of Education, Florida has used about $2.8 billion of the funds.

The Phoenix previously spoke with Christina Pushaw, a spokesperson for DeSantis, who noted that the federal funds are intended to span the COVID recovery over several years.

But some school districts, including Broward County schools, as well as the Florida Education Association, believe the federal funds should be available as soon as possible. The letter to DeSantis, and copied to Education Commissioner Richard Corcoran, says that the funds should be released to districts so schools can continue to meet student needs.

The Broward County school district’s letter said that the state was “efficient” in distributing federal funds at the start of the pandemic. Now, the district is calling on the state to release the remaining federal COVID relief funds as soon as possible.

Some $4.338 billion came out of a higher education category that included some K-12 schools. The other category was related to a governor’s relief fund, which for Florida, meant $249 million.

A major chunk of these federal funds are called the Elementary and Secondary Schools Emergency Relief funds, known as the ESSER funds.

Of the $7.3 billion from the Biden administration, $2.3 billion is set aside and not yet available to Florida. That’s because the remaining funds are contingent on federal approval of a state plan that would outline how Florida plans to use the federal COVID relief.

According to the U.S. Department of Education’s website, this plan was due by June 7, and Florida is one of only three states that has not sent one in. Colorado and Wisconsin are the other two.

Meanwhile, the Broward school district has been caught up in the battle of mask mandates and lawsuits, and the state has already docked pay from the local school board, as well as the board in Alachua County because they’ve defied DeSantis administration’s mask policy and kept its own strict mask mandates.

State officials believe mask decisions should be left up to parents, but local boards have the power under the Florida Constitution to make decisions on masks for schoolchildren, and a recent court ruling has said such mandates are legal.Image Credits: freeimages.com/Tsunei Miyuki