Almost no one wants a neighbor like Donald Trump 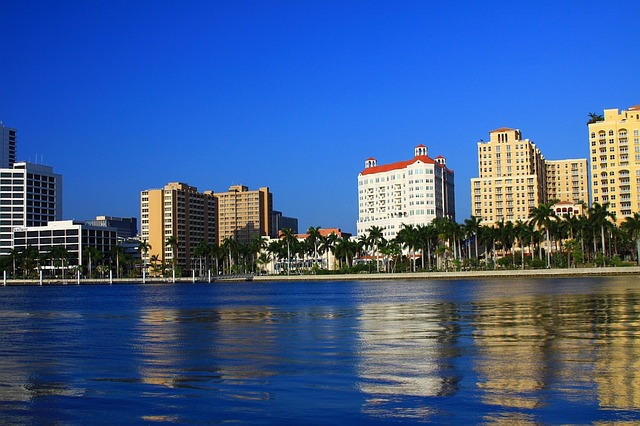 This week, The Post reported that a lawyer for the evangelical DeMoss family, President Trump’s next-door neighbor at Mar-a-Lago, had submitted a letter to the town of Palm Beach pointing out that an agreement Trump signed with the town decades ago forbids anyone — including the soon-to-be-former president — from using the property as a primary residence.

This presents a practical issue for Trump: In 2019, he changed his legal residence to the private club. That’s a problem, the DeMoss family has declared. “Palm Beach has many lovely estates for sale, and surely he can find one that meets his needs,” the family’s lawyer wrote in an admirably understated style.

This is quite likely true. I went on Zillow and found a just-listed three-acre compound listed for $64,900,000. It’s more than 15,000 square feet and comes with a four-bedroom staff apartment, not to mention what the listing describes as “stunning sunset views.”

But maybe those neighbors will start complaining, too. Trump, you will be unsurprised to learn, is not the sort of person you want living next door. Almost everywhere he goes, the neighbors want him gone. Think of it this way: Would you want to reside near someone who not only attracts protesters but needs them tear-gassed so he can stage a photo op? Or one who hosts covid-19 superspreader events?

When you check a survey put together by Homes.com about the most common neighbor disputes and complaints, Trump — whether through his businesses or personal life — pretty much checks the box on every one. Parking? He once attempted to claim the home of an elderly Atlantic City resident to build expanded limo parking at a casino. She called him “a maggot, a cockroach and a crumb.” Ongoing feuds and loud arguments? Ask Jeff Greene, a billionaire real estate developer who failed in his attempt to become Florida’s Democratic nominee for governor a few years back. Trump, furious that Greene supported Hillary Clinton, reportedly accosted him in the buffet line of the nearby Trump International Golf Club in West Palm Beach in 2017. Greene’s wife taped the encounter, and the footage was used in a campaign commercial. Trump’s response? To scream again when he ran into Greene at the same golf club this year.

They are not enthralled with him in his native New York City, either. After his election, the security around Trump Tower was so intense that two-thirds of business owners in its immediate vicinity claimed that the extra security the president-elect needed would cost them significant revenue. “All the NYPD and Secret Service checkpoints killing restaurant foot traffic on 56th St. It’s not like I needed another reason to dislike Trump,” tweeted restaurateur David Chang, who owned an eatery on the strip.

It’s hard to blame Trump for this — a president-elect needs protection. But as in the White House, Trump’s inability to think about anyone but Trump is the crux of the problem. Though he campaigned as a champion of small businesses, he did not express an iota of sympathy for the plight of the ones located in the literal shadow of Trump Tower. When he snuck out of his residence to grab a bite at a local steakhouse, he didn’t visit nearby Uncle Jack’s, where business fell so much the owner was begging the landlord for a rent reduction. He went to the 21 Club. When wife Melania Trump stayed behind in New York, security costs were so high that tens of thousands of people across the nation signed a petition begging her to leave.

At Mar-a-Lago, Trump has spent years — no, make that decades — feuding with the local hoi polloi. He has made numerous legal attempts to weasel out of agreements made with the town and county of Palm Beach over how Mar-a-Lago can and can’t be used. At one point, he wanted to subdivide Mar-a-Lago and build McMansions. “There are rules around here,” one lawyer hmphed in response. But Trump, no surprise, doesn’t think they apply to him. In 2006, the town said he put up a flag that was “15 times larger than the 4-by-6 flag allowed on a 42-foot pole,” according to USA Today. Trump tried to claim it was a free-speech issue. Au contraire, said town officials — the flagpole looked like something an “Okeechobee car dealer” would hoist. Trump sued, and they all settled out of court.

Taken all together, it’s little wonder a Palm Beach shop owner once claimed, “It’s a better energy when he’s not here.”

A good neighbor is friendly, willing to help out in a pinch and earns trust by demonstrating respect for rules, boundaries and differences over time. They apologize if they cause an inconvenience or done wrong. Trump, in his presidency or in his business dealings, does none of this. Almost no one, if they have a choice, wants a neighbor like Trump.