An update from our Charlotte County Dems chair 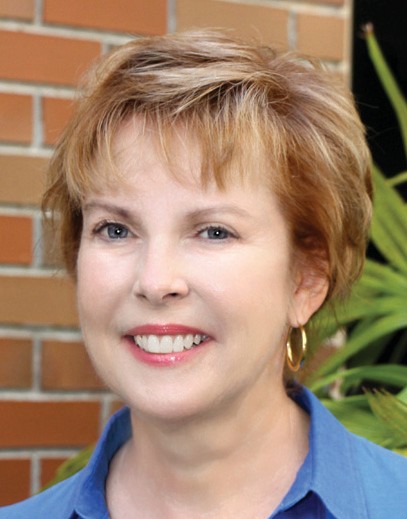 Editor’s note:  At our June 7th monthly meeting, Teresa Jenkins delivered the following update to our members, guests and all committed Democrats.

I want to continue our conversation about the impact of the Florida legislative session from last month’s meeting and the importance of volunteering.

What we saw in this legislative session was a clear demonstration of power – there was little debate, there were few compromises, many of the most egregious bills were passed in non-traditional means through committees, and there were setbacks in our civil rights and civil liberties.  What we saw was that the governor gets what the governor wants. Which is why we must get him out of office in 2022.

The reality is that any changes that we want to see will not happen with this governor or this Florida legislature. It’s up to us.

I want to give a shout out to Lenny Guckenheimer and the actions he took to bring to the attention of our county commissioners that their words have consequences.  When a commissioner said that if citizens in Charlotte County didn’t like the passage of a non-binding 2nd amendment sanctuary county resolution, they can move, Lenny took action, and so did many of you.

And the way Lenny went about expressing his concern & disappointment is a model for how to deal with similar situations by respectfully calling out our elected officials for their words and actions.  The result in this situation was that the commissioner apologized for his actions. So, as we deal with the anti-riot bill, with voter suppression, with the erosion of our democracy, we should keep in mind how Lenny handled the local situation and that any changes we want to see won’t happen with the Florida legislature. It’s up to us. So, what can we do?

First, speak up at council and commissioner meetings respectfully.

Second, become a precinct captain (PC)  and be the link between the party and our precincts and the precincts and the party. Our PCs are absolutely critical to winning elections – they understand the demographics in their precincts, the economic make up, number of veterans, students of voting age, NPAs, etc. They know this from using the Democratic Party’s voter database, VAN, and through canvassing neighborhoods. Now that we can get back to normal, it’s time to get more acquainted with the Democrats in our precincts, meet their families and learn their interests and concerns. Tom Garner can help you better understand the role of a PC.

Get involved in voter outreach & registration – help us reach out to, listen to, and build our communities.

Dec 31 is the deadline for petitions to be signed. We need a few people to help us stay on top of these proposed amendments.

Volunteer for data analysis. We have a super effective data team, but we always need more people to do county data gathering & analysis. If you’re interested see me, Larry or David.

Data gathering also includes NPAs – they are becoming an extremely important voice in our political process in Charlotte County they outnumber Democrats by 4,130. We need to know more about them and could use some help.

I’ll conclude by giving another shout out to Laurie Ulrop and her efforts to get all of us to call our legislators to oppose legislation during this horrible legislative session. and some people might say “what’s the point of contacting legislators when the Democrats are in the minority?”

Here’s the thing, when bills are in committee, that’s when we need to make our voices heard – that was Laurie’s strategy – call those Democratic legislators who serve on committees and urge them to create bottlenecks. And in that regard, you were successful. SB 90 is a good example: the original bill was much, much worse than what was passed.  So, what Laurie asked you to do and what you did, actually made a difference.