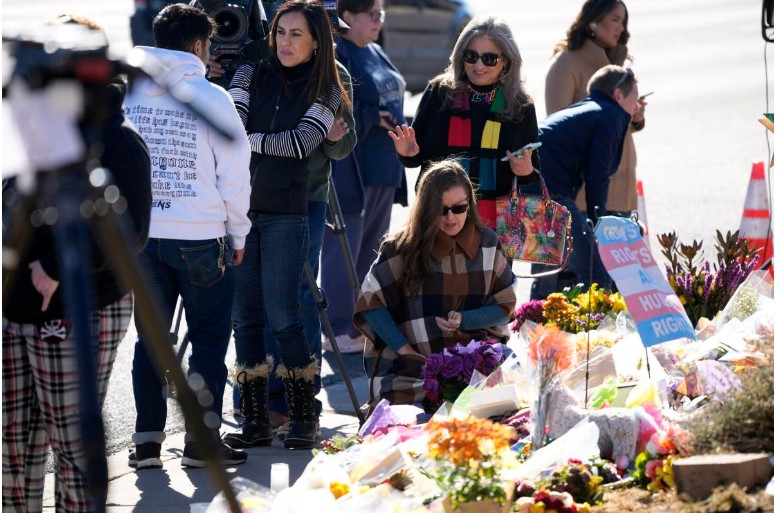 The following article was published in The Daily Sun on Nov 24, 2022.

PORT CHARLOTTE — A local group will be holding a vigil on Friday for the victims of the Club Q shooting in Colorado.

The massacre in Colorado Springs took place Nov. 19, when a gunman killed five people and injured 17 more. The shooter was captured by a group of patrons and employees who managed to overpower and disarm him, despite being unarmed themselves.

The event will include speakers and time for “silent reflection and community support.” The Happy Hour Marketplace will then welcome attendees for community bonding activities.

In its news release announcing the vigil, ARAY highlighted other instances of LGBTQ people being at risk for violence.

The shooting at Club Q comes roughly six years after the Pulse Night Club shooting Orlando, where 49 people were killed during a dance party. It would be the deadliest shooting in the United States’ history until 2017, when the Las Vegas country music festival shooting would see 60 people killed.

In both club shootings, the shooter was documented using a long rifle with semi-automatic capability, commonly referred to as an “assault weapon” or “assault rifle.”

“The victims and survivors were predominantly Latinx LGBTQ+ people,” the press release noted about Orlando, as Pulse was hosting a “Latin Night” party on the night of the shooting.

The ARAY press release also noted cited studies on risks to LGBTQ+ people based on statistics compiled by Sandy Hook Promise, a national nonprofit that aims to combat gun violence.

The studies found, according to ARAY, that LGBTQ+ people were “more than twice as likely to be victims of gun violence than their cisgender or straight peers.”

Sandy Hook Promise also cited FBI statistics regarding over 7,100 hate crimes documented in 2019; of those, roughly 16.8 percent were motivated by sexual orientation bias, with another 2.7 percent motivated by gender identity bias. The combined percentages equate to roughly 1 in 5 hate crimes being motivated by bias against LGBTQ+ people.

“Guns can make these crimes all the more deadly,” the news release noted. “In fact, nearly 8 in 10 homicides of Black trans women are by a gun.”

ARAY said that they invite “all members of the community who have been impacted by the shooting” in Colorado to the vigil, as well as “all those who are allies to the LGBTQ+ community.”

Image Credits: Bouquets of flowers sit on a corner Monday near the site of a mass shooting at a gay bar in Colorado Springs, Colo. Club Q on its Facebook page thanked the “quick reactions of heroic customers that subdued the gunman and ended this hate attack.” AP Photo/David Zalubowski

Facebook
Twitter
Email
PrevPreviousDemocracy defenders have many reasons to be grateful this Thanksgiving
NextFlorida is turning its back on the New South, embracing its Dixie-fied pastNext