Arizona proves again that Trump is the GOP’s useful idiot 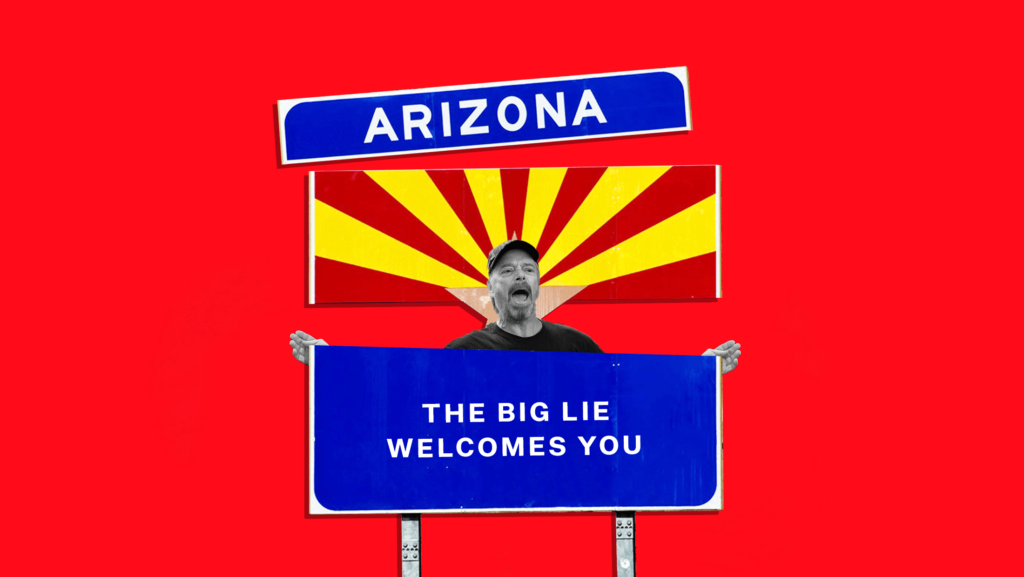 He was the GOP’s useful idiot when he refused to concede an election that Republicans knew that he lost. By doing so, he deprived President Biden of the traditional transition and, more importantly, slowed the momentum a new administration needs to set the public agenda and move their people into agencies.

Commentators correctly criticized his allies and his legal team when they unleashed a series of frivolous lawsuits aimed at the outcome of the election. In hindsight, the Republican Party’s interest in those bizarre courtroom displays was as much about undermining confidence in the election process moving forward as it was about reversing the results.

By undermining confidence in our elections, Republicans achieve several interrelated goals. First, Republicans want to create a sense of grievance among voters to motivate them to turn out in 2022 when Trump will not be on the ballot. Second, the GOP wants to offer its supporters and elected officials excuses to further limit voting rights under the guise of “security.” Third, Republicans want to normalize the abnormal by making frivolous claims debatable and despicable political figures more mainstream. Finally, the party wants to create a sense that the outcome of elections is unknowable and subject to different interpretations depending on who counts the ballots, setting up the argument that state legislatures and partisan officials should step in and decide close elections.

It is against this backdrop that Republicans conducted their farcical election review in Arizona. What too many in the media failed to recognize is that the Arizona Republicans created a partisan spectacle because Republicans wanted it to be a partisan spectacle. Republicans hired an outfit called Cyber Ninjas to rally their base when there was a risk it would be demoralized, not because they thought it would convince anyone that the election results were incorrect. In many respects, they succeeded. Far from being horrified, the base of the Republican Party passionately believes the lies underpinning the Arizona effort. That is why Republicans in other states, from Pennsylvania to Texas, are replicating this approach ahead of the midterm elections.

It is also no coincidence that Republicans in Arizona engaged in a partisan sham review while the state, along with others, was enacting new voter suppression laws and those laws were being challenged in court. Republicans used the Arizona sham review to bolster false claims and innuendo to back up voter suppression laws being enacted around the country. No matter how disproven, the sham process helped motivate support in other state legislatures for restrictive voter ID, limits on registration and restrictions on ballot drop boxes.

Making outrageous false claims about the results of the election and election security serves another purpose for Republicans. Today’s media coverage is infected by a “both sides” mentality that rewards anti-democracy extremism. Each time Republicans make an outrageous claim about the 2020 election or voting, the media balances it with a truthful claim from the “other side.” By presenting both views as contrasting opinions, or a partisan disagreement, the media legitimizes the illegitimate. Over time, this “balanced” approach moves the centerline of respectable opinion further in the direction of anti-democracy extremism. It not so subtly legitimizes Trumpian authoritarianism while allowing the media to deny any support for Trump himself.

By reporting on the results of Republicans’ sham Arizona review as if it was a true review, the media did the Republican Party’s bidding. It created a narrative that suggested Cyber Ninjas had counted ballots in a manner that was worth reporting, thereby legitimizing their methodology and, by implication, the other aspects of the report that were plainly nonsense.

The Republican Party’s biggest hope in promoting the Arizona audit, and ones like it in other states, is that it will support an argument that the winner of a close election is unknowable and subject to the whims of the person who oversaw the ballot counting. If Republicans can convince people that the results are hopelessly marred by irregularity, they will argue to their supporters that a state’s partisan politicians — and even a state legislature — should step in and decide close elections. Under this plan, being a GOP candidate in 2022 will mean never having to concede that you lost. Rather, you will just seek a more favorable vote counter.

It’s not surprising that the final Republican report in Arizona did not claim that Trump won the 2020 election. That was always beside the point. Instead, by focusing on claims that there were tens of thousands of potentially fraudulent ballots and wrongfully registered voters, it offers a blueprint for Republicans in 2022.  It offers a preview of what to expect from the GOP next November — false claims that election results don’t add up, phantom ballots were cast and our system was tainted by insecure processes. Of course, since he isn’t running in the midterm elections, none of this will benefit Trump in 2022. And, it is possible that by 2024 this strategy will have failed and will backfire if he runs again in 2024. But then again, Trump is just the useful idiot.

Facebook
Twitter
Email
PrevPreviousMarco Rubio votes TWICE to jeopardize the economy and cut off funding to vital programs for Floridians
NextFL will see its first phase of the minimum wage boost — $10 an hour — on Thursday, Sept. 30Next