As a young Cuban American, I have a Marco Rubio problem 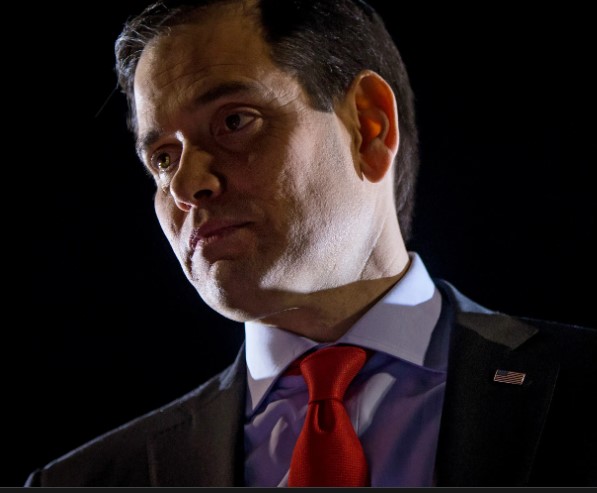 Editor:  Vote for Val Demings to represent all of us in the U.S. Senate.

I’m tired of people like U.S. Sen. Marco Rubio exploiting the trauma of my community for political gain. Cuban people suffer from a government that doesn’t care about them. They are hungry, lack basic medicines, and recently the entire island was plunged into darkness after an electrical outage in the aftermath of Hurricane Ian. Homes fall apart due to lack of maintenance on a regular day, let alone when they are subjected to the stress induced by heavy rainfall and high velocity winds.

Cubans are in pain and want freedom and democracy. Politicians like Rubio weaponize the desperation our exiles have when watching the situation on the island. They offer no solutions to bring freedom to Cuba while accusing their political opponents of being rabid Marxist-Leninists who are on the verge of establishing a communist dictatorship in the United States.

That’s nonsense but it’s effective manipulation of a diaspora community who saw their freedom and economic opportunities stripped away by a revolution which disguised itself as an uprising to establish democracy in Cuba, but turned sharply against those ideals when aligning itself with the Soviet Union in the early 1960’s and forfeiting elections in favor of authoritarianism.

What does Rubio do to help Cuban-Americans, and Floridians? He opposes increasing the federal minimum wage. He supported repealing the Affordable Care Act, which would have resulted in millions of Floridians losing health insurance. He obstructs immigration reform and pathways to citizenship for Dreamers and Temporary Protected Status recipients, denying refuge to those fleeing the same dictatorships he hypocritically pontificates about. His awful record is why I joined the Service Employees International Union ‘We Decide’ campaign to speak out.

We can’t even count on Rubio to defend democracy here at home. He lives in perpetual fear of Donald Trump and his extremist MAGA base, refusing to criticize the former disgraced reality TV host. Even after the Jan. 6th riots, Rubio refused to support the committee investigating the violent acts of that day in which several people lost their lives, calling it a “complete partisan scam.”

Marco Rubio is a political chameleon, always ready to go whichever way the wind is blowing when it comes to his political positions. He has proven himself to hold no beliefs, values, or convictions and his defense of Gov. Ron DeSantis’ stunt involving flying migrants under false pretenses to Martha’s Vineyard cements his place in the pantheon of political cowards.

I can’t think of anything that has disappointed me more than watching Rubio not only make excuses for the DeSantis administration lying to 48 Venezuelan migrants and their children, promising jobs and legal help that never materialized, but also vilifying these asylum seekers. His actions prove that he doesn’t truly care about those who flee political repression, they are political objects to him that are deployed whenever convenient through rhetoric lacking substantive action.

Rubio is not alone in being a craven politician and political opportunist. Most of his party has become unhinged, fighting to take away my reproductive rights, opposing common sense gun reform, suppressing voting rights, denying climate change, and obstructing compromise at the federal level that could result in solutions towards these and other issues.

I’m tired of it. I’m tired of my people being manipulated by cynical empty suits like Rubio who hold public office only as an avenue to advance themselves at the expense of everyone else. Cuban-Americans, and Floridians, deserve so much better.

Leydi Amador serves as the Civic Engagement Organizer for the Florida Student Power Network, a statewide network of youth and student organizers across Florida.