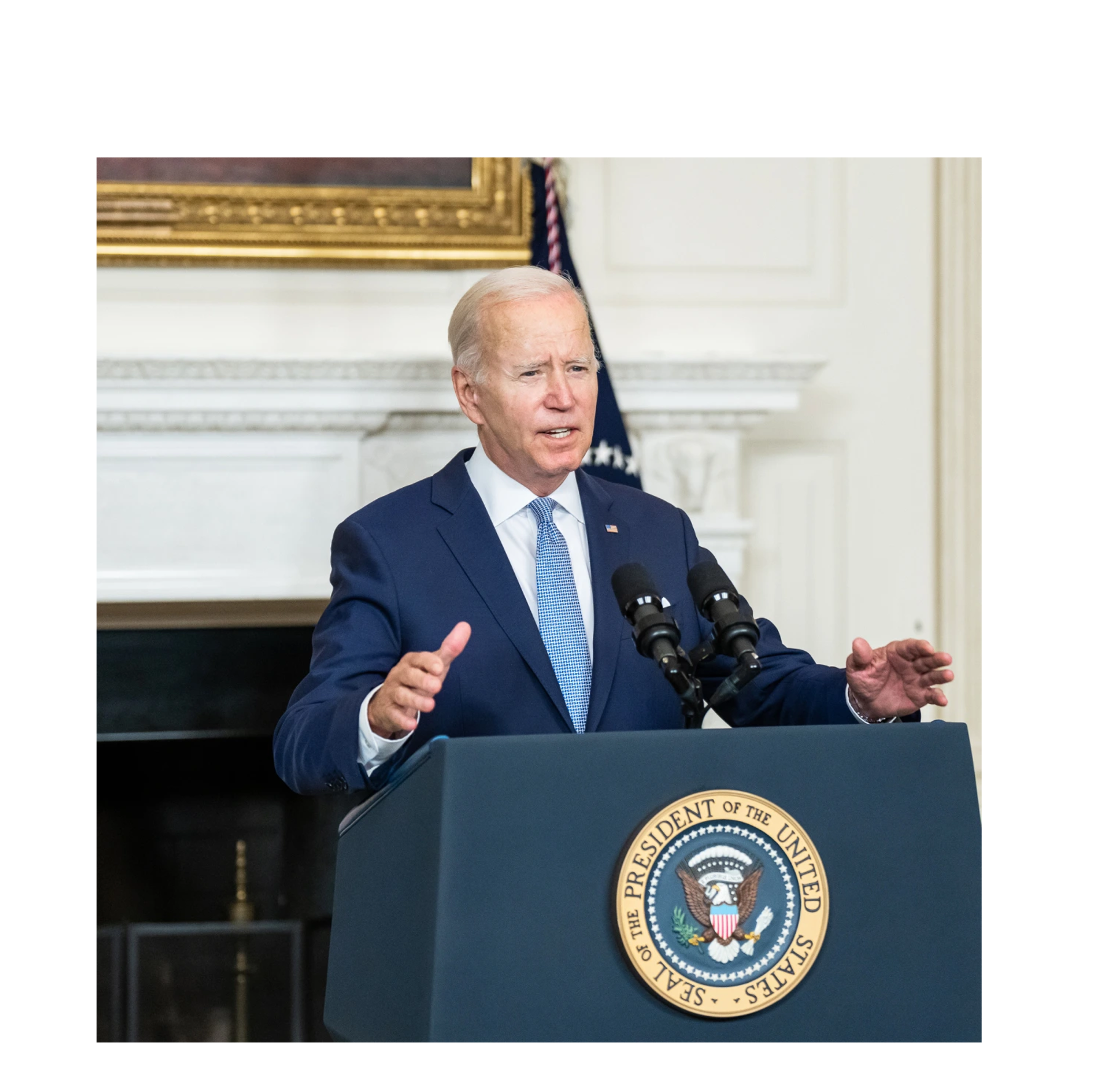 (CNN)For a president who so many people believe is failing, Joe Biden sure is suddenly notching up an impressive string of victories. And they’re not minor. In fact, Biden is on a roll when it comes to both domestic and foreign policy.

After a number of painful defeats, including high-profile setbacks on his Build Back Better bill, the Biden presidency seems to have turned the tide. On Thursday, Democratic Sen. Kyrsten Sinema of Arizona announced she would support the Inflation Reduction Act, all but assuring the landmark climate, health care and tax proposal will pass in the 50-50 Senate. Hours later, the Bureau of Labor Statistics released data that shows the nation’s economy is still powering ahead, regaining more than half a million jobs in July. Unemployment is now down to just 3.5%, matching the half-century low last seen in February 2020.

And yet, there’s little sign that the President’s standing has enjoyed a meaningful lift. Biden is winning battles, but he’s not getting a lot of love. Is it only a matter of time before Biden’s polls catch up with the new wave of accomplishments?

It’s difficult to redraw an image after it has been etched in the public mind. The right’s efforts to paint the 79-year-old as senile and unable to meet the demands of his office have been largely successful, certainly among Republicans. And many Democrats, particularly young people, have been turning away from the President, disappointed with the pace and scope of what his administration has been able to achieve.

Now, after months of legislative gridlock, however, Biden’s agenda is not just inching along — it is galloping ahead.

On foreign policy, Biden had a fine week, despite simmering tensions with China. US forces killed Ayman al-Zawahiri, who took over al Qaeda after Osama bin Landen’s killing. Biden was deeply involved in the decision to launch the precision drone strike that led to his death in Kabul, making sure to avoid the civilian deaths that have tainted other counterterrorism operations.

But the more historic moment came on Wednesday, when the Senate overwhelmingly voted to approve a resolution to ratify membership for Finland and Sweden in NATO — only Republican Sen. Josh Hawley of Missouri voted against it while GOP Sen. Rand Paul of Kentucky voted present. It was arguably the most consequential expansion of the alliance in decades, and a huge blow to Russian President Vladimir Putin. More than five months after he launched his war, Putin’s efforts to control Ukraine and divide NATO have failed in large part because Biden has held the alliance together, even helping Europe face Putin’s weaponization of gas exports.

But it was on the domestic front that Biden once seemed to struggle the most.

After promising bipartisanship as a candidate, Biden couldn’t even get all 50 Democrats in the Senate to support key pieces of his agenda. Now, despite the GOP’s alarming radicalization and numerous setbacks caused by Democratic Sens. Joe Manchin and Sinema (not to mention the Supreme Court), Congress is passing multiple pieces of important legislation.

Last week, Congress approved the CHIPS Act by a wide margin, which will increase semiconductor production and make the US more competitive against China.

That came shortly after Biden signed the first major gun safety law in decades. Despite falling short of what Biden and his party advocated for, its passage in the current political environment is a remarkable achievement.

Speaking of bipartisanship, 47 Republicans joined House Democrats to pass the Respect for Marriage Act. The bill, a preventive measure following Justice Clarence Thomas’ call to reconsider the Supreme Court decision allowing the federal right to same-sex marriage, protects not only gay marriage, but also interracial marriages and safeguards against other forms of discrimination. Approval by the Senate is still uncertain.

Then there was the real shocker. Sens. Manchin and Chuck Schumer struck a deal that revived key elements of Biden’s agenda in a bill called the Inflation Reduction Act of 2022.

Now that Sinema has signed on, the law is set to become the “BFD” that Biden and his supporters had been hoping for. If it passes, it would be the largest climate investment in US history. The bill will also instill a minimum tax on giant corporations that get away with paying little to nothing and make health care and drug prescriptions more affordable for millions of Americans.

Despite its $433 billion price tag, the bill actually reduces the deficit. A review by Moody’s Analytics concluded it would check inflation, reduce the deficit and boost the economy while tackling climate change.

The two main thrusts of the bill — the economy and the environment — have the power to move the electoral needle. For all the disappointment in Biden, which may stem in part from his subpar rhetorical prowess, Americans are also concerned about pocketbook issues.

And there are certainly bright spots on that front. Gas prices have now been sinking for more than 50 days. Fears that the Fed’s efforts to control inflation will send the economy into a deep recession appear to be easing. At least many investors seem to be having a change of heart — the S&P 500 has soared about 13% from its low in mid-June, and the Nasdaq is up about 16% over the same period. It’s a new bull market, some say.

Adding to the good news for Democrats, voters in Kansas — Kansas! — turned out in huge numbers this week to defend abortion rights, suggesting a path to averting a much-predicted disaster in the November midterm elections.

Democrats are pulling ahead when it comes to the public’s preference for party control of Congress. According to a recent Monmouth University poll released this week, 38% of Americans say they want the Democrats in charge, with another 12% saying they lean towards the party, compared to 34% who prefer Republican control with another 9% leaning toward the GOP.

Biden’s numbers, on the other hand, aren’t moving much. At least not yet. According to the Monmouth poll, Biden had a 38% approval rating — up 2% compared to June, but still a far cry from July 2021 — the last time he held a net positive rating (with 48% approving, compared to 44% disapproving.)

But if the Manchin-Schumer compromise passes, as seems likely, Biden’s standing with Democrats — especially younger voters — could get a boost. And if gas prices keep dropping, inflation starts easing, and the stock market doesn’t sink again, the bulk of the country — many of whom are not obsessed with politics — could start feeling more optimistic, helping Biden’s approval get some traction.

For as long as he’s president, Biden will face the headwinds of shameless distortion by right-wing operatives, and he will suffer from not being the most charismatic, eloquent president at a time when the country’s very democracy is under threat.

At this moment in his presidency, however, he can enjoy having scored a string of victories, and hope he has turned the tide.

Frida Ghitis, (@fridaghitis) a former CNN producer and correspondent, is a world affairs columnist. She is a weekly opinion contributor to CNN, a contributing columnist to The Washington Post and a columnist for World Politics Review. The views expressed in this commentary are her own. View more opinion on CNN.