Biden Is Right: Vaccine Refusal ‘Has Cost All of Us’ 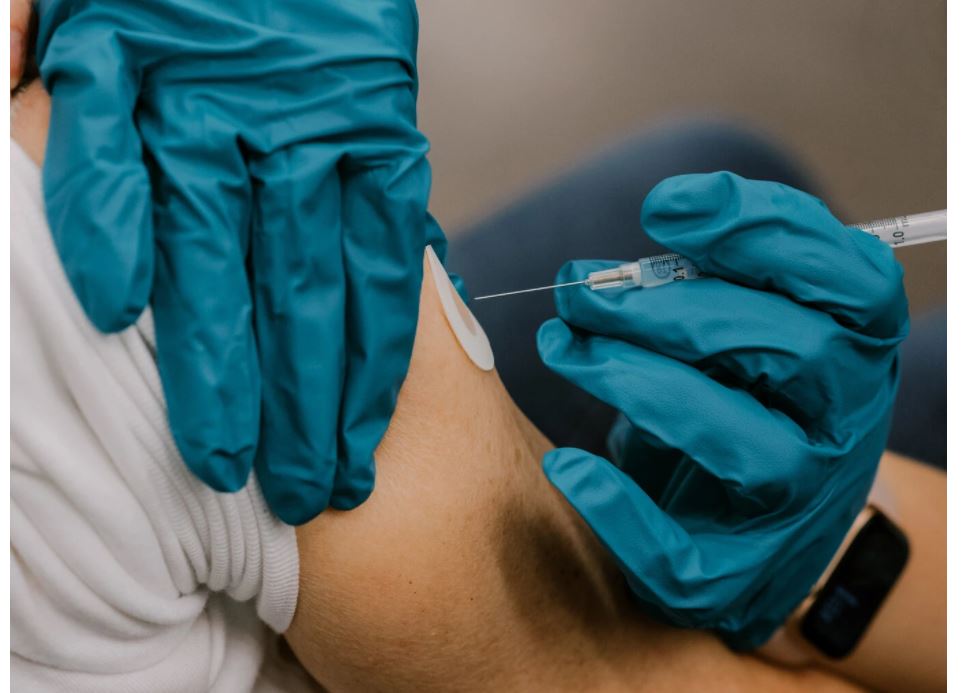 As Americans contemplate the prospect of a second winter trapped in the grip of Covid-19, remember that it didn’t need to be this way. Vaccines were developed in record time, and have proved to be both incredibly safe and stunningly effective. Nearly two-thirds of eligible Americans have accepted these facts and done their part by getting fully vaccinated.

Yet tens of millions more have not, allowing the more contagious Delta variant to sweep across the country, where it is now killing more than 1,500 people in the United States daily. Right now, the list of the very sick and the dead is made up almost entirely of the unvaccinated. But as long as the virus continues to spread widely, it can and will evolve in ways that put everyone at risk.

Faced with this avoidable catastrophe, President Biden is right to order tighter vaccine rules, which he did for roughly two-thirds of the nation’s work force on Thursday. “We’ve been patient,” Mr. Biden told vaccine holdouts. “But our patience is wearing thin. And your refusal has cost all of us.”

The president moved to require all executive branch employees, federal contractors and millions of health care workers to be vaccinated. Workers at private businesses with 100 or more employees will have to either get vaccinated or take a weekly Covid test. Any business covered by the order must offer its employees paid time off to get their shots or recover from any side effects.

As incursions on bodily autonomy go, this is pretty mild stuff. No one, the Times columnist David Brooks wrote in May, is being asked to storm the beaches of Iwo Jima.

Yet vaccine resisters carry on about violations of their freedom, ignoring the fact that they don’t live in a bubble, and that their decision to stay unvaccinated infringes on everyone else’s freedom — the freedom to move around the country, the freedom to visit safely with friends and family, the freedom to stay alive.

The Supreme Court made this point more than a century ago, when it upheld a fine against a Massachusetts man who refused to get the smallpox vaccine. In a majority opinion that echoes powerfully today, Justice John Marshall Harlan wrote, “Real liberty for all could not exist under the operation of a principle which recognizes the right of each individual person to use his own, whether in respect of his person or his property, regardless of the injury that may be done to others.”

Refusers’ hollow appeals to “freedom” are especially hard to take considering that Americans already accept countless restrictions in the name of safety: We are required to wear seatbelts, for example, and to get vaccinations to attend public school.

Speaking of school vaccination requirements, they’ve proven wildly effective. Thanks to vaccines, measles and the mumps were essentially eradicated in children, at least until vaccine opponents opened the door for them to return.

A small number of people have a legitimate reason to decline the vaccine — say, those with an allergy. Others, particularly racial minorities, are mistrustful because of their personal experiences with the health care system, or because the vaccines are relatively new. Still others have struggled to get time off work or have worried (mistakenly) about the cost.

Beyond these, it’s hard to understand any arguments against getting the shot. The vaccine made by Pfizer is now fully approved by the Food and Drug Administration, and the one by Moderna is expected to be shortly.

Mr. Biden’s vaccine rules are not simply about protecting lives, but rebuilding the economy — a goal one would think would be shared by those who spent 2020 railing against shutdowns. Instead, politicians like Gov. Greg Abbott of Texas have come out against the new rules, calling them an “assault on private businesses.” Mr. Abbott neglected to note that many of the nation’s largest private businesses are already requiring their employees be vaccinated, and a recent survey found that a majority of private businesses plan to do so by the end of the year.

Hopefully, the new vaccine rules will give the private sector cover to do the right thing and avoid political fights with state governments unwilling to protect their own residents, even as I.C.U.s swell to bursting.

Will there be a backlash? It’s already here. But there is also a growing rage at those recalcitrant Americans unwilling to do their small part to end this pestilence. The anger is justified. All the lives put on hold in an effort to buy time for the vaccine to be developed. All those essential workers and health care workers who perished or were irrevocably harmed by the disease. Was all that heroic suffering for nothing?

That collective sacrifice is one reason there is overwhelming national support for many forms of vaccine mandates. One Republican pollster found that 2-to-1 majorities of residents in five swing states favor employer mandates.

The Biden administration has already done just about everything in its power to encourage people to get vaccinated, from putting out targeted advertisements, offering financial incentives and reminding people that the shots are free. Carrots haven’t been enough. That’s why Mr. Biden’s actions Thursday were courageous: If the goal is not to pander but to lead, tighter rules ensuring more people are vaccinated were the only meaningful option left.

In an ideal world, vaccine requirements (or weekly testing) wouldn’t be necessary. Americans would see that the coronavirus has already killed more than 4.6 million people worldwide. They would understand that vaccines are the single best tool we have to protect lives and restore the economy. They would be racing to the nearest pharmacy and consider themselves fortunate to be living in one of the few nations in the world where that’s possible.

If 2020 was agonizing — watching millions of our fellow citizens get sick and hundreds of thousands die — a replay in 2021 is infuriating. Ingenuity and investment have produced a rare medical miracle that could end this brutal pandemic, and yet millions of Americans are thumbing their noses at it, forgetting that being part of a society means looking out for one another.

Despite Mr. Biden’s actions this week, most public-health powers reside with states, so it’s essential that governors step up and issue their own mandates, particularly for eligible schoolchildren. The vaccine rules should have been extended to air travel as well.

To those who are still holding out on getting a vaccine: Spare us the appeals to freedom. If you are fed up with masking and distancing and shutdowns and all the other intrusions of a global pandemic, show some patriotism and humanity and get the shot.