Biden needs a reboot. Fighting for democracy is the key. 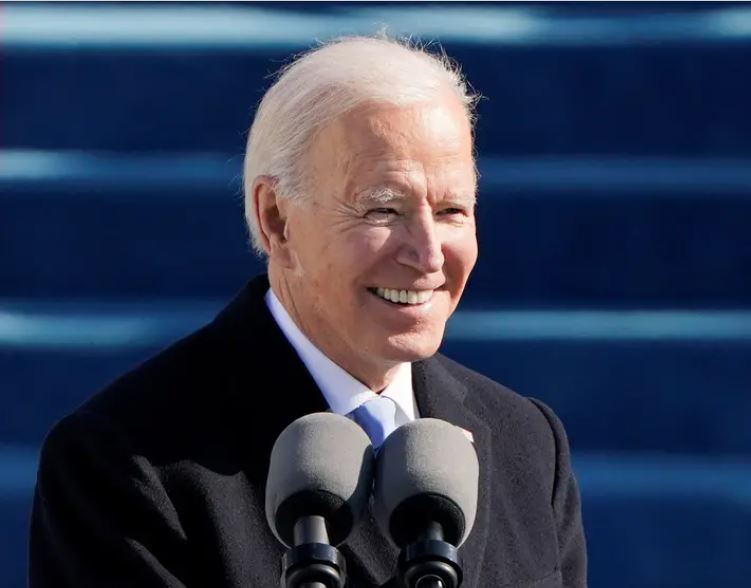 As President Biden confronts a steady slide in his approval ratings, he should move beyond the conventional storyline invoked to explain it and address the larger problems it reveals.

Some of what’s happened here is obvious enough. He’s been hurt by the resurgence of the covid-19 pandemic and, as the September jobs numbers showed, the slowing pace of the economic recovery. The withdrawal from Afghanistan was, to be charitable, very messy.

There’s also the haggling among Democrats over Biden’s program to improve our nation’s physical infrastructure and social contract, and to battle climate change. The infighting is the headline. What Biden is trying to do is not.

Which gets to the larger problem. When Biden was riding high, the narrative for his administration was clear and positive.

Democrats embraced Biden’s $1.9 trillion covid relief measure in March with little friction. If most Americans were not aware of everything the proposal did, they surely knew they were getting money as earlier stimulus payments were topped up to $2,000.

The vaccine program went great guns after some hiccups, and the end of the covid crisis was in sight — or so we thought until vaccine resistance coupled with the delta variant led to new surges of infection. Oh, yes, and the economy roared back (and, despite Friday’s disappointing jobs report, is still in decidedly positive territory).

In the meantime, Biden simultaneously pursued the bipartisan approach he promised on physical infrastructure while working with progressives in his own party on social investments. The president’s balancing act — bipartisanship when possible, partisanship when necessary — was working.

From this, you might conclude that Biden will be fine if things start going better again on the virus, the economy and in Congress.

Of course he’d be better off. But he has suffered damage that could last if he doesn’t repair it.

Since the unexpectedly rapid collapse of the government in Afghanistan, Biden has suffered from a perception that he is more the victim of events than their master. It’s been reinforced by the seeming indifference of some congressional Democrats — especially among moderates who should be Biden’s strongest allies — as to how their internal feuds are undercutting the president’s standing.

Biden needs to restore the sense he created early on that he knows where he’s going. This requires refining his original objectives in response to events.

The tension between bipartisan Joe and Democratic Joe is now unsustainable. Biden needs to accept that Republicans will do him no favors between now and the 2022 elections and turn this to his advantage.

He got a glimpse last week of the benefits of a tougher line when the mere threat that he might support rolling back the filibuster pushed Senate Minority Leader Mitch McConnell (R-Ky.) to allow Democrats to pass a short-term increase in the debt ceiling.

The broader argument for Biden’s presidency comes in two parts. First, insist that everything he wants to do — vaccination mandates, child care, elder care, health care and the rest — is in the interest not only of his own supporters but also of most Americans who voted for Donald Trump.

Harry Truman-style, Biden should press Republicans about what benefits they propose to deny to Americans who need them. Do they want less child care? Less health coverage? More expensive drugs? No tax breaks under the child tax credit? And do recalcitrant Republican governors want an unending pandemic? Biden’s tough speech in Chicago last Thursday on vaccinations was in keeping with his growing militancy on the subject.

He also needs to be more vividly Reagan-esque in describing the stronger, fairer and more prosperous country he’s trying to build. Biden is not bowing to some “liberal wish list.” He’s attempting to bring to life a country less divided — socially, regionally and racially — by creating opportunity where it doesn’t exist now.

This links to the other unavoidable fight before us: the battle for democracy itself. Protecting democracy requires both the more socially effective government Biden champions and strenuous resistance to Trump’s democracy-wrecking efforts.

This certainly means adopting the voting reforms endorsed by Sen. Joe Manchin III, which will require bypassing the filibuster the West Virginia Democrat regularly extols. And Biden must insist that Republicans can’t have it both ways on Trump’s election subversion. They are either for it or against it. Those who quietly tell reporters they bemoan what Trump is doing should be called upon to say so out loud, forcefully, and act accordingly.

By recognizing that rallying the nation behind the cause of democracy is now his most important task, Biden would do more than reboot his presidency and give his party a fighting chance in 2022. He’d be doing what he was elected to do.