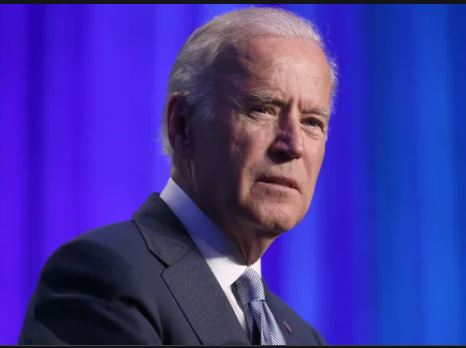 President Biden has been an effective messenger for Democrats, contrary to the chin-stroking pundits and Republican flacks who warned he would be a weight around the necks of his party’s candidates. His approval rating, particularly among Democrats, continues to improve.

Moreover, whether warning that Republicans pose a threat to democracy or that Democrats have made historic investments in infrastructure and green energy, Biden has the capacity to drive the news cycle. And he certainly has the knack of turning the midterm elections into a referendum on former president Donald Trump. With Election Day four weeks away (and early voting well underway), the president can make a critical three-part closing argument to voters.

The cons of GOP control

Biden can spell out the chaos that awaits if Republicans win even one house of Congress or take key jobs responsible for running our elections. A GOP House can shut down the government (thereby suspending aid, for example, to Ukraine or funding for infrastructure or drug-cost plans), force a default on the debt, impeach Biden (as they have threatened to do) or Cabinet officials and, inevitably, engage in mind-numbing, hyperbolic investigations.

Worst of all, they can wreak havoc in counting the electoral votes in 2024. (Electoral Count Act reform has yet to pass, and even the best-constructed changes will not prevent attempted coups.) Congress can refuse to meet; election-denying governors can refuse to certify electors; and secretaries of state can engage in conspiracy-driven voting subversion. Biden should not be shy in saying that our next presidential election might make 2020 look like a seamless transfer of power.

This is not fear-mongering. It is a reminder of what Republicans plan to do. And the country needs a reminder — because the mainstream media remain intent on treating Republicans like a normal, responsible party — that we are dealing with a party that appears committed to doing substantial harm. A party that routinely threatens violence and denies election outcomes cannot be trusted with power.

Biden can remind voters that the essence of democracy is respect for fellow citizens and devotion to the common good. As the NAACP has done, the president can denounce Sen. Tommy Tuberville’s (R-Ala.) remarks that Black people are criminals as “flat out racist, ignorant and utterly sickening,” as well as condemn the party that “promote[s] a centuries-old lie about Black people.” For goodness’ sake, what kind of people are we?

If we want a decent, competent and law-abiding country, we need to elect decent, competent and law-abiding representatives. Biden is well situated — perhaps the politician best situated — to make a plea that we elect politicians who represent the best, not the worst we can be. If the GOP thinks the best we can do is the likes of Herschel Walker and Doug Mastriano, Democrats can seize the high ground on family values and character.

Biden as commander in chief can make a powerful argument that Republicans time and again have put national security in jeopardy. A party that praises Russian dictator Vladimir Putin, calls for a war on the FBI, excuses the snatching of sensitive documents and refuses to investigate an armed insurrection cannot be put in charge of intelligence committees, Pentagon funding or any other aspect of national security.

This is the most critical midterm in our history, and arguably the most critical election ever. Biden can effectively link arms with Rep. Liz Cheney (R-Wyo.) to make the case that you cannot give people who threaten democracy (not to mention sane governance) the reins of power. Come to think of it, maybe they should cut some ads together.