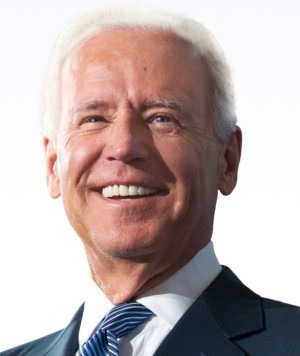 Editor’s note:  This summary was compiled and edited from a July 29, 2020 New York Times article written by Thomas Kaplan and Katie Glueck

On July 28, 2020,  near his home in Wilmington DE,  former Vice President Joseph R. Biden Jr. unveiled his fourth and final component of his “Build Back Better” proposal, addressing systemic racism in the nation’s economy. He said this year’s election was about “understanding people’s struggles”.

Mr. Biden made the argument that racial justice is central to his overall policy vision in areas like housing, infrastructure, and support for small businesses…while aiming to draw a stark contrast with a president who has regularly inflamed racial tensions.

“This election is not just about voting against Donald Trump,” Mr. Biden said. “It’s about rising to this moment of crisis, understanding people’s struggles, and building a future worthy of their courage and their ambition to overcome.”

Mr. Biden’s proposal, “Build Back Better”, includes an economic agenda that encompasses manufacturing, climate and infrastructure, caregiving plans, and systemic racism and the nation’s economy. It takes aim at Mr. Trump’s stewardship of the economy and his impact on working families, a potential vulnerability that has emerged during the coronavirus crisis.

The proposal emphasizes the importance of closing the racial wealth gap and outlines multiple methods for doing so. Mr. Biden envisions a small-business opportunity fund to help make capital available to minority business owners. He proposes to triple the goal, when awarding federal contracts to small disadvantaged businesses, to at least 15 percent of the money, up from 5 percent. The plan also seeks to improve the opportunity zone program that was created as part of the 2017 tax overhaul.

“In good times, communities of color still lag,” Mr. Biden said. “In bad times, they get hit first, and the hardest. And in recovery, they take the longest to bounce back. This [our plan] is about justice.”

In recent months, as the country has grappled with devastating public health and economic problems and a growing outcry over racial injustice, Mr. Biden has increasingly called for ambitious measures to address the nation’s challenges.  As he seeks to unite and energize his party around his candidacy, he has sought input from a broad range of experts and officials, including from a series of task forces assembled with Senator Bernie Sanders of Vermont, his liberal primary rival.

The plan Mr. Biden unveiled touched on a wide range of economic issues. It emphasizes support for small-business owners of color, promising that he will “leverage more than $150 billion in new capital and opportunities for small businesses that have been structurally excluded for generations,” including increased access to venture capital and low-interest business loans.

The plan also says he would try to amend the Federal Reserve Act “to require the Federal Reserve (Fed) to regularly report on current data and trends in racial economic gaps — and what actions the Fed is taking through its monetary and regulatory policies to close these gaps.” The Fed, which influences the speed of economic growth and the unemployment rate with its interest rate policies, already regularly discusses racial and ethnic economic outcomes in its reports and testimonies. It has shied away from targeting any specific group’s unemployment rate when setting monetary policy, despite a growing chorus suggesting that it ought to consider targeting the Black jobless rate, which has historically remained higher for longer.

A number of the policies highlighted in the fourth segment of Mr. Biden’s proposal were already announced as part of other plans, like a housing proposal that would provide a tax credit of up to $15,000 for first-time home buyers, and a goal that disadvantaged communities receive 40 percent of the benefits of spending on clean energy infrastructure.

He began his address from his home in Delaware by invoking two icons of the civil rights era who recently died, Representative John Lewis and the Rev. C.T. Vivian, recounting the time he walked over the Edmund Pettus Bridge in Selma, Ala., with Mr. Lewis, and a conversation the two men had before Mr. Lewis died.

“He asked that we stay focused on the work left undone to heal this nation,” Mr. Biden said. “To remain undaunted by the public health crisis and the economic crisis that’s taken the blinders off in this crisis and showed the systemic racism for what it is that plagues this nation.”

And Mr. Biden accused Mr. Trump of “trying to scare the hell out of the suburbs” by suggesting that Obama-era policies were “causing you to end up, by implication, having those Black neighbors next to you….that’s supposed to scare people,” Mr. Biden said.Image Credits: Image obtained from joebiden.com