Boomer under the bus 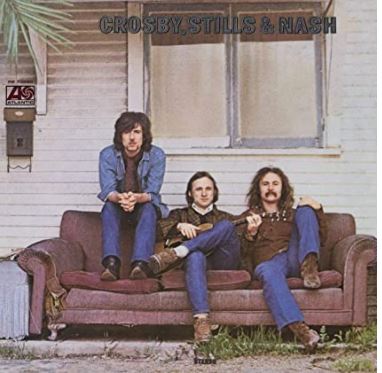 By Sue Busko as published on October 18 on Medium.com

What an interesting juxtaposition — Governor Ron DeSantis promising to deliver Florida to Trump at the same time both he and the President prepare to throw seniors under the bus. Indeed, it may well be the senior vote, the aging boomers who deny Trump Florida’s 29 electoral votes. And why? Let’s just say we boomers don’t take well to being deemed disposable under herd immunity. As a retired history teacher, allow me a short review of life from our perspective under the bus.

First, we’ve been here before. During the Vietnam War, more than 50,000 of our generation lost their lives. Some may think that’s no big deal. Maybe they were suckers and losers. Or, they were rule followers and got drafted. Maybe like my high school boyfriend, they were naïve and joined the marines to go kill the communists, to save America In 1968, the government released the weekly numbers of American dead every Thursday. Every Thursday I commuted to college with the radio off. I would sing, maybe curse the non-stop Jersey traffic, but there was no DJ (Cousin Brucie) or music to keep me company. I couldn’t bear to hear the news, those awful numbers….347….452…403. (just to add some feel good statistics, they would also release numbers of ‘the communist’ dead…2569, 4102…. (You get the picture. That was called the credibility gap.)

Tin soldiers and Nixon coming,we’re finally on our own.This summer I hear the drumming,four dead in Ohio.

Fast forward to 2020, but the tally is not 4 dead in Ohio. It’s 4000 dead in Ohio. All while Trump kept promising it would mystically disappear in the summer.

So that same skeptical eyebrow once again arches when we are told the Covid numbers are ‘nothing.’ Just 200,000 — it coulda’ been worse! And besides, 150,000 of those are seniors. (Did you hear the implied “only seniors”? We did.) So yeah, we’ve been here before. And here in Florida who does DeSantis consult on what to do next? The Trump advisor Dr. Scott Atlas who advocates herd immunity. Just to be clear, that means you just let everyone get Covid and then eventually the survivors will have reduced exposure because there are fewer carriers. (One pesky problem? The millions predicted to die in the process.)

It’s not that seniors object to opening up the economy; it’s that DeSantis has not offered a place for us in that economy. When there were limits on occupancy, support for mask mandates, reminders of distancing, many people I know returned to food stores, outside restaurants and hair salons. And what did we do? We spent money. But when you have a governor saying “no” to mandated masks and “yes” to college kids going to parties, you have left a significant part of the population behind. And yes, under the bus.

In the county where I live, those over 65 constitute 1/3 of the population. In the state of Florida we are more than 20% Here, we perform two critical services. We work for free and we spend money. We volunteer for everything from hospitals and food banks to schools and voting sites. We spend money on everything from hair salons and doctors to restaurants and home repair. Both our volunteerism and our spending are essential to the local economy.

The term “generation gap” was invented for the boomers so I get the rolled eyes and impatience of ‘OK Boomer’ sarcasm. You get tired of us not understanding tech, or not being ‘woke’ or just being too slow in the checkout line. But when you view a significant part of your population as disposable, you throw away their money as well as their votes. Trump and DeSantis have done both.

Editor’s note: Did you like this article? Read another one by Sue Busko here.