Can Democrats knock Republicans off their two-faced midterm strategy? 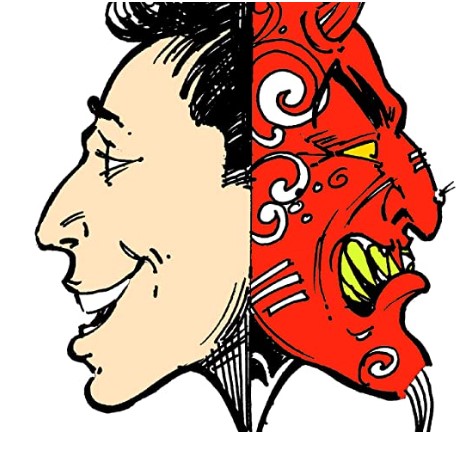 To their base, they promote an unending culture war around race, education and LGBTQ issues.

But to appeal to independents and more moderate conservatives, Republicans are offering a thoroughly conventional “Had enough?” argument. Voters unhappy with the leadership of President Biden, inflation and the persistence of covid-19, they say, should communicate their discontent by ending Democratic control of the House and Senate.

Lurking over both strategies is former president Donald Trump, who causes no end of moral and psychological complexity for Republican politicians. See: the shameless lying of House Minority Leader Kevin McCarthy (Calif.) regarding what he said when about Trump’s involvement in the Jan. 6 attack. Republicans want it both ways on Trump, hoping his passionate supporters turn out in droves while praying that suburban swing voters don’t think about him at all.

Polls for congressional contests are closer than the conventional wisdom suggests about impending Democratic catastrophe. Some even give Democrats a slight lead in generic surveys for House races. A Washington Post/ABC News poll released Sunday found Democrats with 46 percent among registered voters, Republicans with 45. But the Republicans’ two-step, and enthusiasm in their base, give the GOP confidence about the fall.

Democrats, being Democrats, are wringing their hands with apprehension. They often blame each other for the party’s troubles — the left goes after the center, the center assails the left, and the congressional and White House wings sometimes seem to be speaking different languages.

But there are signs that Democrats, collectively, have begun to identify the first task in front of them: to call out the stark contradiction inherent in the GOP’s strategy and to force the Republican Party as a whole to own the meanness of its loudest voices.

If Democrats once hoped they could run on delivering tangible benefits to middle-class and lower-income voters, they now know they can’t duck the culture fights, especially after their failure to pass large parts of Biden’s ambitious program.

Even if they salvage some of the president’s climate and social spending this spring, Democrats realize they can’t prevail on accomplishments alone. They need to force voters to confront what a vote for Republicans could lead to.

“I think we make a mistake if we don’t go straight at Republicans on their obsession with these very narrowcast, broadly unpopular cultural fights,” Sen. Chris Murphy (D-Conn.) told me during an interview. “It’s just not true that it’s popular to pick on gay kids. That riles up a subsection of the Republican base.”

Murphy has been at the forefront in pushing Democrats toward a more aggressive strategy. His approach was on display in a widely shared tweet last weekend: “Republicans fight Disney to force them to discriminate against gay kids. Democrats fight drug companies to force them to lower insulin prices for sick kids. Run on that.”

The point, he told me, is to “call out their bigotry and their obsession with these wedge social issues and contrast it … with our decision to spend our time working on issues that matter to a much broader cross-section of Americans.”

“Elections are always a choice,” Murphy added, “and we’ve got to spend a lot more time explaining to people how radical this party has become.”

“You don’t have to talk about Donald Trump,” he said. “It’s a broader problem inside the party. And I think it does make a lot of swing voters uncomfortable. But they won’t be uncomfortable if you don’t point out how mean and hateful and spiteful a lot of Republicans have become.”

While Biden is known for promoting bipartisan concord, he has made clear that he, too, is ready to make Republican radicalism an element of midterm campaigning.

“This ain’t your father’s Republican Party,” Biden said on April 22 in Seattle. “This is the MAGA party now.” Many in the GOP “who know better,” he added, “are afraid to act correctly, because they know they’ll be primaried.”

Biden also signaled his solidarity with Democrats who are pushing back against GOP hate campaigns with a surprise phone call to Mallory McMorrow, a Democratic state senator from Michigan.

McMorrow’s passionate riposte to a Republican state senator who — falsely and shamefully — accused her of “grooming and sexualizing children” went viral, a sign of how hungry Democratic rank-and-filers are to take the offensive against what they see as increasingly naked prejudice.

Speaking as a “White, Christian, married, suburban mom,” McMorrow condemned the attack as “hollow” and “hateful” and declared: “I want every child in this state to feel seen, heard and supported, not marginalized and targeted because they are not straight, White and Christian.”

Yes, 2022 will be a challenging year for Democrats. But playing offense is a better political bet than playing defense. And wagering that the basic decency of moderate voters will inspire a recoil from intolerance and culture-war obsessions is a fine place to start.