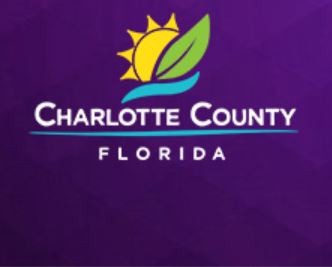 The following editorial was published in The Daily Sun on July 18, 2022.

The competition to fill the District 4 seat on the Charlotte County Commission features the incumbent and two challengers — a rare three-person contest and, just as rare, an open primary. Because no Democrat or no party affiliation candidate filed, all registered voters, regardless of party, can have a say in this race.

Incumbent Stephen R. Deutsch is going for a fourth term against newcomer Mark “Gunny” Stevens and Tom Sullivan, who narrowly lost to Deutsch in 2018.

Deutsch has been called the “Henry Kissinger” of the County Commission because of his ability to try to forge compromises on the rare occasion commissioners can’t agree on an issue. It is a moniker he wears proudly.

The incumbent has a loyal core of supporters he has forged through his commitment to show up at public events and a fierce resolve to make sure our veterans are recognized and taken care of. His William R. Gaines Memorial Park is a project he has seen through from the beginning and a facility that will be his legacy when, and if, he finally decides his service to the community as an office holder is over.

He said he chose to run again because people asked him to.

Deutsch says the housing crisis needs to be a priority because right now Realtors tell him 80% of homes sold are bought with cash as those with moderate incomes are being shut out. Transportation is another big issue as the county needs another exit off Interstate 75, another route to West County besides the Myakka River bridge and better access roads.

Stevens is a Marine veteran who was born in New Jersey. He ran for Charlotte County sheriff a few years ago and lost to John Davenport. He moved to Sarasota and then Port Charlotte while working in various fields including avionics and real estate. He works now at Ace Hardware in Port Charlotte.

Stevens says too many issues and projects are rubber stamped by the current County Commission. The Spring Lake sewer project is one example he gave.

Problems with roads in the Ranchettes section of Charlotte County is another example. He said commissioners heard from both sides and saw no solution so they “washed their hands of it.” He said sitting down with both groups and trying for a compromise would have been ideal.

He says he is better qualified than Sullivan and that Deutsch is a career politician and “we have enough of those.”

Stevens said the county did not plan well for sewers — putting them in “10 miles from the water” — and that impact fees should not have been raised because they will discourage development. He thinks Sunseeker Resort will cause nightmare traffic problems. Affordable housing is a huge problem, but he sees no short answer.

Sullivan, who lives in Gardens of Gulf Cove, waged a strong bid in 2018 for the District 4 seat, losing by less than 300 votes.

A former journalist from the Chicago area, he is retired but works part-time as a substitute teacher.

Sullivan believes there should be term limits for commissioners. He claims Deutsch was quietly in favor of keeping impact fees low before commissioners finally passed the higher fees recently. He said hesitation by commissioners cost the county millions of dollars.

He is concerned about development and says commissioners should be tougher on granting rezoning. He said the proposed plan on Harborview Road, which has for now been scrapped, was a good example of over-building.

Sullivan knocks Deutsch for taking campaign contributions from developers. And, he said, commissioners should have made Sunseeker responsible for parking. He believes the county needs to come up with the money to fix up and reopen the Cultural Center.

We believe an incumbent has to beat himself by not performing. In other words, there should be a reason to kick an incumbent out of office. If he’s doing a good job, he deserves to stay.

Deutsch has done a good job.

We encourage Sullivan to get more active in government by perhaps serving on some boards and getting better acquainted with the mechanics of the County Commission. He is bright and passionate and we could see him serving some day.