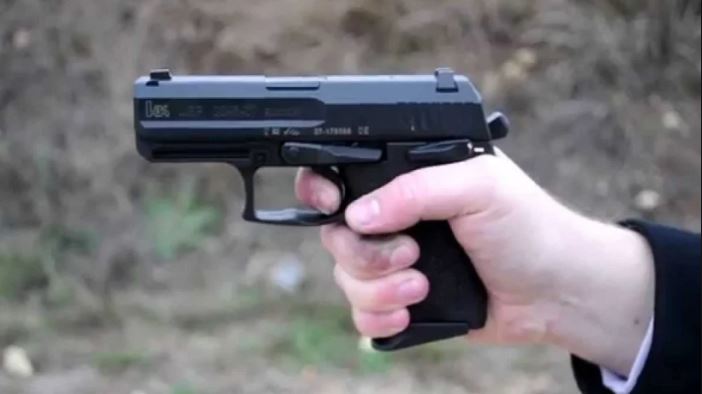 Charlotte County on Tuesday joined a growing contingent of state and local governments declaring themselves to be a sanctuary for the right to own and carry guns.

Commissioners voted unanimously to adopt a resolution declaring the county a Second Amendment Sanctuary, referring to the 1791 amendment to the U.S. Constitution’s Bill of Rights.

The board also unanimously adopted another resolution declaring the county’s desire to reinforce all the tenets of the Constitution.

The Brady Center to Prevent Gun Violence reports that about 270 counties have adopted such resolutions since 2018 along with 400 municipalities in 20 states. DeSoto adopted a similar resolution. Sarasota County declined to.

About a dozen residents spoke in favor of the Second Amendment resolution and no one spoke against it. Several drew parallels with the rise of Nazi Germany and allegations of increased gun control in 1930s Germany.

Political fact checks from the Tampa-based Poynter Institute, however, suggests that the Nazi government actually relaxed gun laws, except for Jewish people.

Local residents argued they need guns to protect themselves against both criminals and the government.

“It’s handcuffs upon the government,” said Michael Zarzano, who has started a citizen’s militia in the county. “We remain free by the force of the Second Amendment.”

“If someone comes into my home with a weapon, they will be going to the morgue,” Tim Ritchie said.

The move away from observing the Constitution shows up in in the nation’s poor control of illegal immigrants, illegal drugs, and general descent into communism, resident Joyce Creamer said.

“Internal Marxists have implemented most of the Communist Manifesto,” claimed Creamer, adding the lack of respect for the Constitution, “is forcing the country into bankruptcy and a new world order.”

The Daily Sun contacted a few progressive groups in the county for opposing opinions.

“No one is coming for your guns. This is just one more way the Republicans are trying to spread fear and divide America,” said Dan Lambert, U.S. Congress Democratic candidate for Florida’s 17th district. “The fact is that in the last 40 years, the most restrictive gun laws were enacted during the Reagan administration, most notably the assault weapons ban.”

“We were not aware this was going to be discussed, otherwise we would have showed up in opposition,” said Teresa Jenkins, chair of the Charlotte County Democratic Party, which she pointed out has 40,000 members.

“It is dangerous, because it is easily misunderstood,” she said of the resolution. “People don’t understand, they can’t do whatever they want with their guns.”

In other local governments, including in Arkansas, the sanctuary resolution has threatened local employees with termination or lawsuit if they participate in “unlawful” enforcement activities involving guns.

“I think their use of the word sanctuary is misplaced,” said Jean Finks, president of the Charlotte County Chapter of the League of Women Voters. “Usually, a sanctuary is a place to go to, to be safe … I think this is a wrong direction. Our next meeting will be to figure out ways to protest this.”

Instead, he said of the resolution, “It is calling out one particular amendment that by far and by large is the most important one, because without that, the government does control us… If you say you don’t like it, move.”