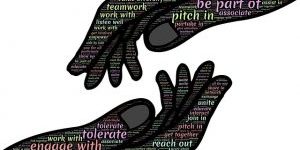 Port Charlotte, Florida. On March 16, Americans woke up to another mass shooting, this time across three massage parlors surrounding Atlanta, Georgia that left eight people dead, many of them women of Asian descent, and raising fears of a deliberate attack on the Asian-American community. An attack against one is an attack on all of us.  This is not the time to be silent.

We all must commit to the hard and unsettled work of confronting racism in all its forms. No one should fear leaving their home because they worry that they could be a target of hate. President Trump has left office, but his use of racist terms, when in power, continues to ring in the ears of those perpetrating these foul acts of hate. “We must reject the forces of white supremacy and misogyny, and we must press to ensure justice is done,” said Charlotte County Democratic Party Diversity and Inclusion Chair, Richard Patrick.

Charlotte County Democratic Party Chair, Teresa Jenkins said, “All of us at the Charlotte County Democratic Party are deeply heartbroken and stand with our Asian Americans and Pacific Islanders (AAPI) community in condemning this senseless act of violence. Now more than ever, we need to come together and work to create a more inclusive and just country that values everyone equally, regardless of race, ethnicity or gender.”

Charlotte County Democrats care for the hungry and needy
April 4, 2021