Our Charlotte County Dem chair’s message to YOU! 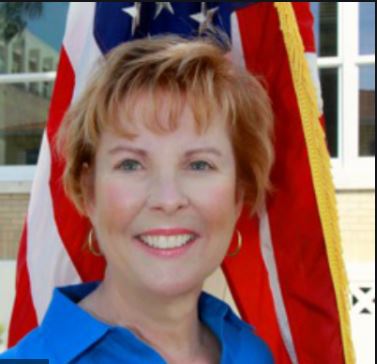 Our chair, Teresa Jenkins, delivered the following remarks at our December 6, 2021 monthly meeting.  We hope to see you at the January meeting!

Looking back at 2021, there’s much to be grateful for including our president who has restored a sense of professionalism in the White House. The American Rescue Plan and the Infrastructure Bills were signed into law and the Build Back Better (BBB) Act passed the U.S. House. That Act will expand health care coverage to 4 million additional people, expand child tax credits, cut the costs of childcare, invest in affordable housing, workforce training and higher education. It has been labeled as the boldest climate bill ever.

Yet, many still have a sense of anxiety. That’s understandable. We now have three new conservative Supreme Court justices, appointed by a president who did not win the popular vote, who will decide the fate of Roe v. Wade. The arguments we heard from these justices should make us angry! At the same time those arguments have accelerated an urgency among some Senate Democrats to alter how the court operates. There’s a growing faction who now say they’re prepared to consider structural changes.

There are many important races next year.  We must elect a Democratic governor because she or he will have the power to veto state lawmaker’s policies including abortion bans, even if they don’t have state legislative majorities.

Senate races, too, will take on new significance because of abortion and structural changes to the Supreme Court.

What we need to do from now to election day is help voters in Charlotte County see Democrats as viable options for their future health, safety, and prosperity. To make people turn out and vote for our candidates we need to show voters what we’re doing not just what the other side isn’t doing.

Effective messaging for the 2022 election will be critically important. Our Communications committee is working hard on messaging right now. In fact, in partnership with Indivisible Action Southwest Florida,  they will evaluate what could persuade left-leaning NPA voters to turn out for our candidates.

It’s easy to fall into Republican traps when it comes to messaging. What they want are fights – over critical race theory (CRT), inflation, and militias and for us to spend time talking, posting, and writing about these issues. Why? Because when we take the bait, it expands their reach, and they don’t have to admit that they have no policy solutions for anyone. If we attempt to debunk their ridiculous claims, we amplify their message.

Instead, we need to change the narrative and talk about how FL Sen. Joe Gruters perpetuates poverty to benefit corporations and how Pres. Biden’s stimulus represented one of the most substantial expansions of aid to the poor in recent history. But Gruters wants to limit the number of workers who would be eligible for the minimum wage increase amendment passed by more than 6 million Floridians.

When parents and those on the right bring up CRT, let’s talk about the Republicans limiting children’s freedom to learn, question why that Party is afraid to talk about race, about how educators are being silenced from engaging in an honest discussion about race, and shift the conversation from indoctrination to censorship. To respond that CRT isn’t taught in Florida schools dismisses voter’s concerns regardless of how unfounded we believe they may be.

When the right talks about how the Infrastructure Bill and the BBB Act will add to inflation, (by the way, Sen. Rick Scott noted that inflation would be a gold mine for the GOP next year) let’s change the dialogue to how Democrats’ proposals are all about caring for children, economic growth, high-paying jobs, greater educational opportunities, health care for more people. But the GOP is putting taming inflation as their priority while ignoring the hardship their actions would impose on lower-income workers at a moment when they are just beginning to earn higher wages.

The economic rescue package President Biden and the Democrats passed in March helped improve the standard of living of so many Americans, especially the least advantaged. Meanwhile most Republicans opposed all of that. Their priorities are stopping people from voting, disregarding election results, playing to white supremacists, encouraging violence, and using the government to oppress women.

CRT, militias, inflation – they’re not important issues to most people and the GOP knows it; think of them as bait and let’s engage on our terms not theirs.

So, thank you for all that you do to register voters and to get them signed up to vote by mail. After the August Primary we’ll be ready to encourage voters – Democrats, Independents and even some moderate Republicans – to elect our Democratic candidates because we’re the Party with the solutions. We’ll win by running on our values and record of successes and I know that I can count on each of you to do all that you can to help turnout Charlotte County voters.

Facebook
Twitter
Email
PrevPreviousOmicron, or no Omicron, get vaccinated
NextLow-profile heiress who ‘played a strong role’ in financing Jan 6th rally is thrust into spotlightNext