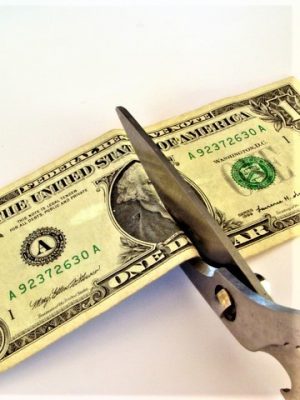 Charlotte County commissioners may agree that impact fees on new construction should go up, but they disagree on how much. Commissioners may consider raising assessments next year

County staff told the board at a workshop Tuesday that they could have something for the board to act on early next year. But some board members complained about the consultant’s study and asked for more information. Other members said they want to act now.

Fees are currently set at 50.6% of the maximum, Zoning Official Shaun Cullinan said. For a single-family home, the current fee is $4,309, which is much lower than neighboring coastal counties. A 100% fee would be about $8,515. The county uses an indexing formula to gradually increase the rate every year for things like inflation, but they remain at half the maximum.

Charlotte County’s fees for commercial construction are closer to the high-cost neighboring counties. But most construction in the county is currently residential.

Commissioner Joe Tiseo said the delay in raising fees is causing the county to lose money during a current building boom.

“We’ve never collected the correct amount pursuant to the study,” he said. “We’ve left money on the table, exponentially, we’ve put ourselves in the hole … I’m at the point now where there needs to be some movement on this.” Keeping the fees low means taxpayers and ratepayers must pick up the tab for projects such as roads as well as water and sewer improvements, Tiseo said.

“Why are we treating new development differently than Joe Taxpayer?” he asked.

Several commissioners, however, worried that raising fees will make Charlotte County less attractive to builders or to people looking to move in.

“For every $1,000 increase in the cost, we lose a big chunk of the market,” said Truex, who is a home builder.

Commissioner Stephen R. Deutsch noted that the decision is difficult, because the board is deciding something that affects people who have not yet moved here.

“People that have been here a while, and already have their home, they want to see (fees) high,” he said.

His concern about a future downturn in construction has led him so far to keep impact fees relatively low, Deutsch said. But home construction is booming right now, he said, and he wondered if increasing the cost would cause builders to raise their prices, thus discouraging buyers.

Filling those lots in the county’s inner core has long been a goal of the county, said Commissioner Ken Doherty. It’s costly to maintain roads and water lines on streets with no houses.

Is the time to raise fees now?

“In my neighborhood, Deep Creek, houses are popping out of the ground like mushrooms,” Doherty said. New houses are no longer under $200,000 here, he said.

“I always wanted to make sure we stayed competitive,” he said, asking for construction updates on the county’s building hot spots.

Truex said he would like to see a fee plan that will accumulate funds for water and sewer extensions in non-rural neighborhoods that don’t have them, but will need them.

“We have an issue with areas that do not have sewer that are going to need it,” he said.

Board members criticized a consultant’s study that sought to reduce the large number of commercial categories that the county currently uses.

“You went ahead and simplified things way too much,” Commissioner Christopher Constance said to the consultant, Duncan Associates.

Doherty said he wants to be able to explain to builders why the new commercial categories were reduced and whether it will benefit them.

Image Credits: freeimages.com
Facebook
Twitter
Email
PrevPreviousA Thanksgiving message from our Chair
NextGov. Ron DeSantis doesn’t want to shut down Florida. What power do mayors and counties have to control the virus?Next