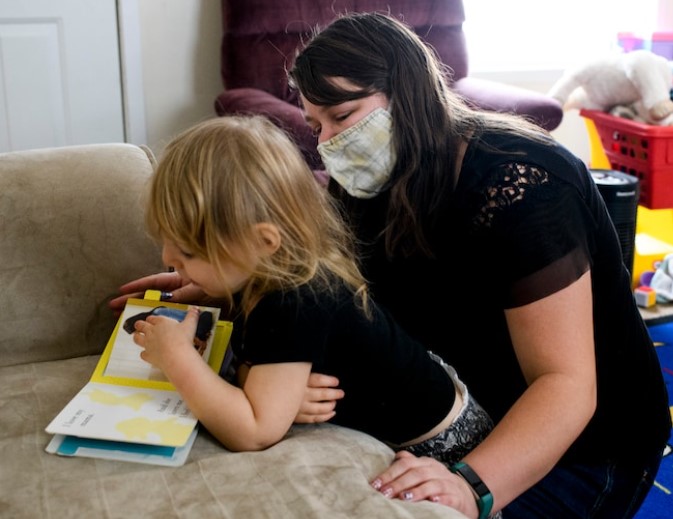 The number of American children in poverty spiked dramatically in January after the expiration of President Biden’s expanded child benefit at the end of last year, according to new research released on Thursday.

The Center on Poverty and Social Policy at Columbia University said that the child poverty rate rose from 12 percent in December 2021 to 17 percent last month, an approximately 41 percent increase. The study found that an additional 3.7 million children are now in poverty relative to the end of December, with Black and Latino children seeing the biggest percentage point increases.

Democrats in Congress last March approved an expansion of the Child Tax Credit that ran from July through the end of 2021. The program extended payments of $250-per-month for children ages 6 through 17 and $300-per-month for those under 6 to almost all families in the United States, though the benefits were phased out for wealthier families. The program’s cost was about $120 billion per year. More than 61 million children in roughly 36 million households received the payment in December, according to federal data.

With the expansion in effect, Democrats and the White House frequently touted the credit as achieving a dramatic victory over child poverty. Administration officials pointed to data showing a 24 percent drop in hunger for families connected to Biden’s tax credits, among a range of other improvements in the well-being of poor children.

But the White House was unable to secure an extension of the program amid a disagreement over its broader economic proposal with Sen. Joe Manchin III (D-W.Va.), who raised multiple objections to the child benefit and said it was discouraging parents from working. Virtually all Republicans have also opposed Biden’s expanded Child Tax Credit, and Washington has shifted away from pandemic spending as lawmakers seek to curb the worst inflationary spike in four decades.

The expiration of the program now threatens to undermine what White House officials had seen as a potential legacy achievement for the president. Instead, the number of children in poverty went from roughly 8.9 million in December 2021 to 12.6 million last month.

“They had a short-term victory in the fight against child poverty, and it’s quietly slipping away,” said Joshua McCabe, a social policy expert at the Niskanen Center, a right-leaning think tank.

Columbia’s study found that child poverty is now at its highest since the end of 2020. Despite the tremendous increase in unemployment caused by the coronavirus pandemic, government relief programs such as stimulus checks and unemployment benefits in fact lowered poverty rates in the United States. Most dramatic for lowering child poverty was the expanded Child Tax Credit, which was made both more generous and extended to nonworking and poor parents who had traditional been excluded from receiving benefits.

Child poverty rates fell from roughly 17 percent in February 2021, before the credit was approved as part of the stimulus plan in March, to roughly 12 percent by the end of the year. Poverty rates for Black and Latino children fell sharply as well. The Columbia researchers previously found the Child Tax Credit was keeping 3.7 million children from poverty and reducing monthly child poverty rates by 30 percent.

Plans to extend the credit appear stuck. Manchin and other Democrats met with White House Chief of Staff Ron Klain on Thursday, and the senator told reporters afterward that there was no discussion of reviving the spending package that would include the expanded benefit. Sen. Mitt Romney (R-Utah) has begun preliminary conversations with Senators about extending a smaller version of the credit on a bipartisan basis, but those talks also appear to be far from reaching a resolution.

The White House said in a statement: “We can all agree that the extended Child Tax Credit is a historic tax cut for middle class, families and the key driver behind the American Rescue Plan putting us on the path to cut child poverty in half.”

The White House statement also urged families to fill out their taxes this year to ensure they receive the full benefit from the program. Half of the expanded Child Tax Credit will be paid out to Americans when they file their taxes this year, with the other half having been disbursed in monthly increments over the last six months of 2021.

Some advocates have urged both parties to seek compromise and be willing to accept a smaller version of the credit to secure its expansion.

“Today’s report should shake Washington to its core. … This is not a moment for staking out political positions. Congress needs to compromise on a targeted, monthly child tax credit that will can reverse these grievous losses,” said Paolo Mastrangelo, head of policy and government affairs for Humanity Forward, which is pushing for the revival of the credit. “Any extension, even one that is much more targeted in size and scope, will help reduce the tragic number of families entering poverty.”

The authors of the Columbia study were Zachary Parolin, of Bocconi University, as well as Sophie Collyer and Megan Curran of Columbia University.

Facebook
Twitter
Email
PrevPreviousFive things Biden should do at his State of the Union address
NextConflict has erupted between Gov. DeSantis and the Florida Senate about the Everglades Task ForceNext