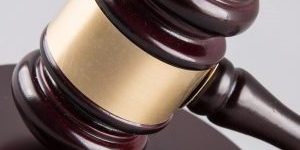 TALLAHASSEE, FL – The American Civil Liberties Union (ACLU) of Florida, NAACP Legal Defense and Educational Fund, Inc. (LDF), and Community Justice Project (CJP), with Akin Gump Strauss Hauer & Feld LLP serving as counsel, filed a motion for preliminary injunction today in the U.S. District Court for the Northern District of Florida to block key portions of H.B.1, Florida’s anti-protest law. Among other things, the law risks criminalizing peaceful protest, shields those who injure or kill protestors (for example by ramming their vehicles into protestors) from civil penalties, discourages people from protesting and otherwise infringes on First Amendment rights. The law was passed as a direct response to racial justice protests in 2020, and appears designed to target those who protest against police violence.

The lawsuit and motion for preliminary injunction were filed on behalf of Black-led organizations: The Dream Defenders, The Black Collective, Chainless Change, Black Lives Matter Alliance of Broward, the Florida State Conference of the NAACP, and the Northside Coalition of Jacksonville. The groups’ motion for a preliminary injunction comes after filing the initial complaint in May.

“This law has changed the landscape for what it means to organize and create safer conditions for our communities in Florida,” said Nailah Summers, co-executive director of Dream Defenders. “Protest has always been a vital tool for accountability for our public officials. We use protest as a vehicle for change and not only does this law silence our voices, but it puts our lives in danger.”

“H.B.1. is a punitive and unjust law created to silence communities, but protect vigilantes. Black Floridians deserve more than a law that continues to suppress their voices.” said Krystina François, Board Member of The Black Collective. “Our constitutional right to assemble peacefully and demand justice from a society that would rather criminalize us than uplift our quality of life is necessary.”

The motion challenges the law’s vague and overbroad anti-protest provisions, which may be used to hold people criminally responsible for participating in a protest merely because unrelated individuals commit acts of violence or other crimes while attending the same protest. As a result of the law’s vague and overbroad language, the state has effectively chilled the speech of the Black-led organizational plaintiffs and silenced dissent.

“Following the local and state-wide protests after the murders of George Floyd in Minneapolis and Barry Gedeus in Broward Co., FL, our elected officials chose to ignore the demands from Floridians to end qualified immunity and support the BREATHE Act during this past legislative session,” said Dara Hill and Tifanny Burks of Black Lives Matter Alliance Broward. “Instead, Gov. DeSantis and his supporters ignored all calls for justice, both from the streets and within the Statehouse, and pushed through an unconstitutional anti-protest bill in an authoritarian attempt to stifle all efforts to hold police accountable. We are filing this preliminary injunction in memory of Linda Sue Davis, James Leatherwood, Damain Martin, Cedric Telasco, Michael Eugene Wilson JR., and all our other neighbors whose untimely deaths demand justice.”

“The provisions in H.B.1 cast a strong chill over peaceful protests in Florida,” said Adora Obi Nweze, president, Florida State Conference of NAACP. “The threat of arrest and prosecution for merely being present at a protest or demonstration is both unwarranted and unreasonable. Black and Brown people have elevated their concerns in the streets for decades and need to know that in America they are free and their voices are unfettered.”

“H.B.1 targets Black organizers, and their allies who stood up courageously to say ‘Black Lives Matter!’” said Ben Frazier, president, Northside Coalition of Jacksonville. “We protested against police brutality and against social, racial and economic injustice. The enactment of H.B.1 has frightened peaceful protesters from exercising their constitutional right to assemble and protest. Many of our supporters have declined to participate while expressing a fear of unfair arrests by law enforcement officers and the fear of potential bodily harm by vigilantes. The First Amendment, which guarantees our rights to voice our demands, is being muffled, strangled and suffocated. H.B.1 is undemocratic legislation that has stifled our constitutional rights, by obstructing the activity of Black community organizers. H.B.1 must be repealed, abolished or simply outlawed.”

“As a recovery community organization that serves people with previous arrest records, Chainless Change is struggling to respond to H.B.1 in a way that will not put our staff, volunteers, and program participants in jeopardy,” said Marq Mitchell, chief executive officer, of Chainless Change. “This law has crippled us and leaves few opportunities to make the community aware of the injustices that our people face on a daily basis. Our governor and his allies have stripped us of our right to assemble and seek accountability from elected leaders.”

A copy of the motion for preliminary injunction is available here.