Climate change is all but ignored 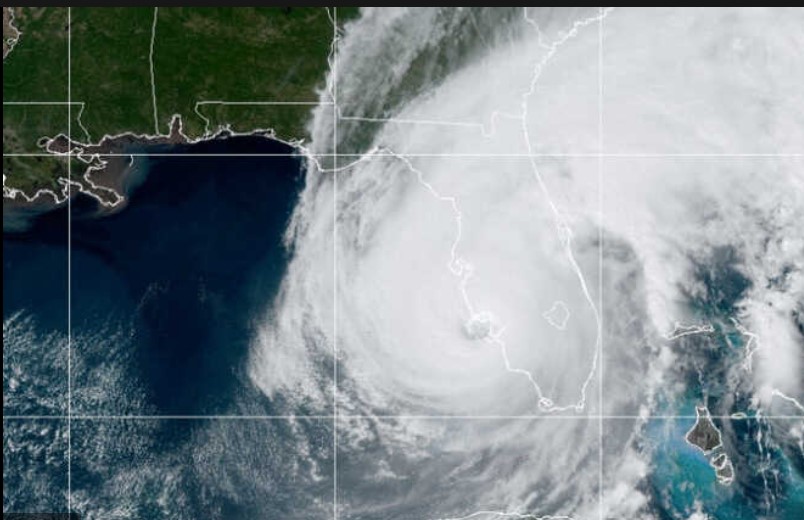 The following editorial was published in The Daily Sun on Nov 11, 2022.

OUR POSITION: We should be talking more about climate change.

A mid-November hurricane is poised to hit Florida’s Atlantic coast today or Thursday.

That comes after the state has seen unseasonably warm temperatures approaching 90 degrees earlier this month and late October.

Hurricane Nicole’s expected impacts on much of the state come weeks after Hurricane Ian stormed ashore on the southwestern coast.

Still, climate change was not a forefront issue during Florida campaigns for governor and U.S. Senate.

Democrats Charlie Crist and Val Demings focused mostly on abortion rights with Florida poised to restrict abortions after the Supreme Court overturned Roe v. Wade and sent the issue back to the states.

Abortion was replicated by other Democratic candidates across the  country with less focus on the economy and other issues such as climate change and the environment.

Republicans — including Gov. Ron DeSantis and U.S. Sen. Marco Rubio — are already skeptical of climate change and solutions offered by environmentalists and progressives.

Four-decade highs inflation, including record-high gas prices earlier this year, have been the primary focus of voters and have propelled GOP calls for more oil drilling and pipelines.

The limited focus on climate change and the environment comes despite plenty of evidence nationally and globally of more severe weather conditions.

Biblical floods have stretched from Kentucky and Missouri to Nigeria and Pakistan this year. Serious droughts and wildfires have impacted Europe, the Pacific Northwest and Southwestern U.S. exposing sunken ships and long-lost bodies.

The Mississippi River has been at record low water levels.

Still, climate change was not really engaged during the 2022 cycle — including in Florida as it trends more and more Republican.

Conservative skeptics along with economic realities make it tough to get voters to focus on the issue even with its obvious impacts on our communities, quality of life, public health, utility bills and one of Florida’s biggest problems — homeowners and property insurance.

The latter needs to be addressed but could get much worse with larger, slower moving storms such as Ian and longer hurricane seasons becoming a potentially destructive norm.

Still, when politicians and environmental advocates talk about climate change, their messaging has at best been lacking.

President Joe Biden had a late campaign gaffe saying the U.S. will be shutting down coal-fired power plants with utility bills already up 19.8% compared to last year because of inflation and Europe facing skyrocketing bills and natural gas and electricity rationing in the wake of sanctions against Russia over its invasion of Ukraine.

“We’re going to be shutting these plants down all across America and having wind and solar,” Biden said during remarks Nov. 4 in California.

That messaging is about as effective as celebrities and political elites hypocritically admonishing “normals” to ditch trucks, SUVs and meat consumption while they relish their private jets and multiple homes including beachfront properties in Florida and places such as Malibu and the Hamptons.

Just wait until they tell you to limit your air conditioning.

Changes in the climate and weather are very real and their impacts are very real. Sanibel Island, Fort Myers Beach and plenty of folks across the state, country and globe can attest just from this year’s event.

Unfortunately, the issue is either being ignored, dismissed or grossly mis-messaged by the ineffective messengers.