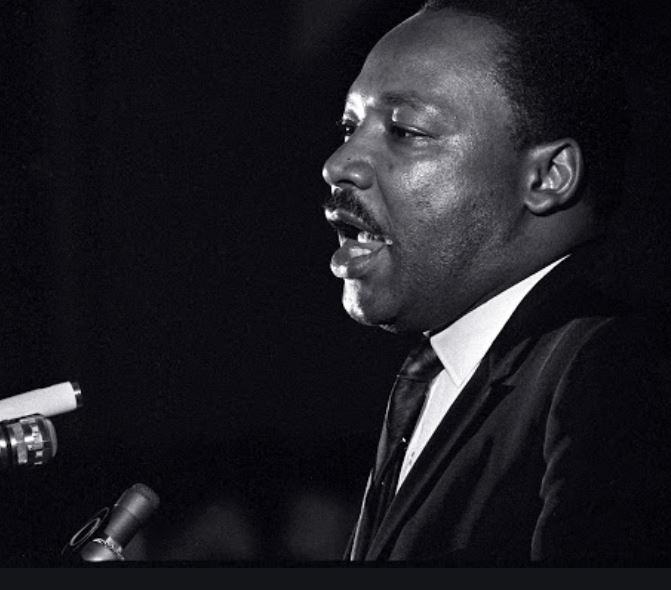 “We must learn to live together as brothers or perish together as fools.” This quote is from Dr. Martin Luther King’s March 22, 1964 speech at Arizona State University.

Dr. King offers us only two choices: chaos or community; friendship or discord. With all the conflicts facing our country, perhaps the most significant is racial injustice. Therefore, the stark options presented by Dr. King seem apt and descriptive of today’s political and social environment. When one of the United States’ two major political parties takes up the poisonous cause of nativism, when an American president instigates an attack on our nation’s Capital, we understand Dr. King’s thinking: we must accept the equality of others or perish as a society.

On this day when we honor the legacy of Dr. King, it becomes more and more evident that we must unite as a common humanity in order to address the enormous challenges that we still face 52 years after his death.

King’s civil rights campaign played a pivotal role in ending racial segregation and the denial of voting rights to African Americans and created a cultural shift in attitudes on race issues. Yet recent U.S. elections, including the 2020 presidential election, have been marred by voter suppression that are biased against African Americans. The repeated police killings of unarmed Black men and women is, to some, another form of lynching. And like the pre-civil rights days, few officers have faced disciplinary actions.

All of this and more has fueled the Black Lives Matter movement, which many see as a second civil rights movement and the need to continue what King began but was not able to finish: the dream of a non-racial America.

The U.S Capital is where thousands paid their respects to Congressman John Lewis, to Supreme Court Justice Ruth Bader Ginsburg and to former President George H.W. Bush. The Capitol Rotunda is where some of our nation’s most precious pieces of art are on display and it is where in January 2021, insurrectionists climbed onto historic statues, and where blood was smeared on a presidential bust. Such violence and disrespect at the U.S. Capitol were unthinkable. Until it happened.

“Always avoid violence,” Dr. King said. “If you succumb to the temptation of using violence in your struggle, unborn generations will be the recipients of a long and desolate night of bitterness, and your chief legacy to the future will be an endless reign of meaningless chaos.”

On this commemoration of Dr. Martin Luther King’s birth on January 15, 1929, there is no doubt that his enduring legacy is the continued relevance of his ideals for social change. His vision lives on and will remain a compelling inspiration for decades to come.

Dr. King’s generation did their part. Now, we must do ours. As we reflect on the problems in this country and remember Dr. King’s platform of achieving social justice through non-violent demonstrations, we not only reflect on how far we’ve come, but also how far we have to go.