Continuing our conversation about Racism 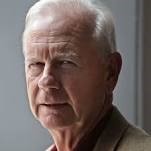 During our insightful discussion that took place on February 26 after reading the book White Fragility, a participant inquired: “Why are some White people afraid of Black people?”

Join us for a conversation with esteemed Professor David Altheide on Saturday, March 27 from 4:00 to 5:30 pm. Dr. Altheide wrote: “Fear in the source of most anger and hate, which is fed by ignorance and stereotypes often promoted by popular culture and disinformation.”

Sign up here to register and participate. You will be sent the link to join the Zoom discussion along with a short article authored by our special guest speaker in advance of the meeting.

David L. Altheide, PhD is the Regents’ Professor Emeritus on the faculty of Justice and Social Inquiry in the School of Social Transformation at Arizona State University. His work has focused on the role of mass media and information technology in social control.

Dr. Altheide received the Cooley Award three times, given to the outstanding book in symbolic interaction, from the Society for the Study of Symbolic Interaction:  In 2007 for Terrorism and the Politics of Fear (2006); in 2004 for Creating Fear: News and the Construction of Crisis (2002); and in 1986 for Media Power(1985).

Dr. Altheide received the 2005 George Herbert Mead Award for lifetime contributions from the Society for the Study of Symbolic Interaction, and the society’s Mentor Achievement Award in 2007. In fall 2012 he was a Fulbright Specialist in Germany (Zeppelin University) and a Distinguished Research Professor in Australia (Law Faculty, University of New South Wales). He also received a Fulbright Specialist Award at The Catholic University in Lisbon, Portugal in spring 2017.