Democracy was on the ballot. And voters knew it. 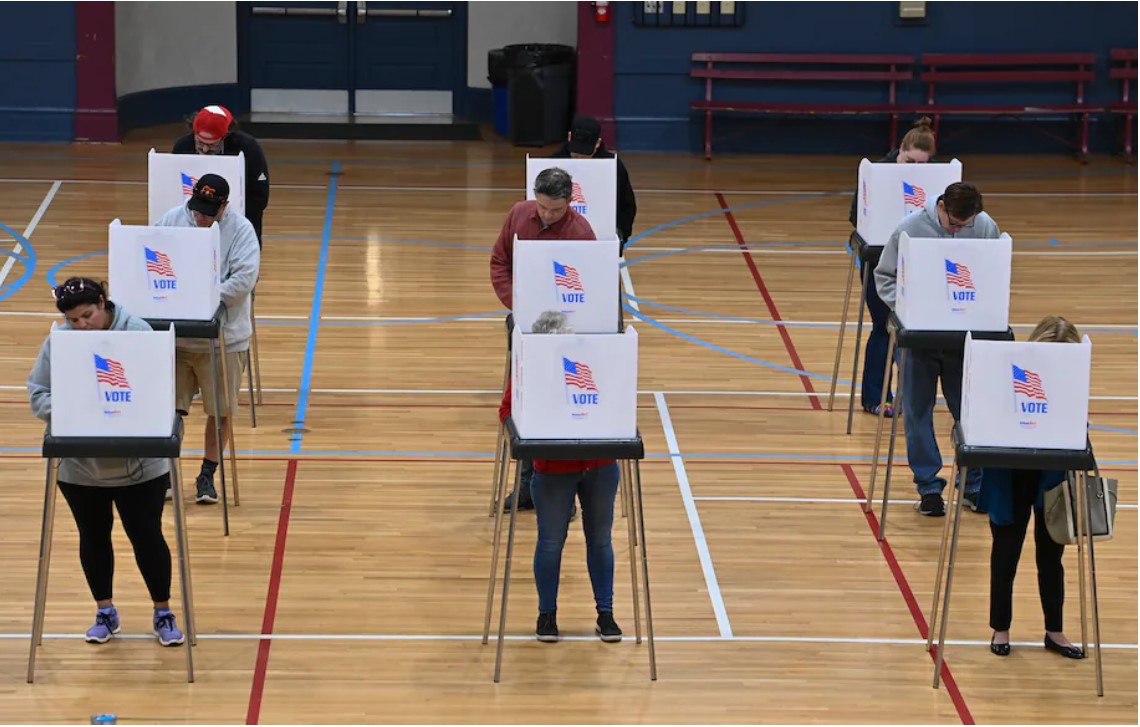 Editor:  Maybe this wasn’t so true in Florida, but it sure was nationally!

Judging by historical trends and high inflation rates, Democrats should have been clobbered in Tuesday’s midterm elections. Instead, they surpassed mainstream media expectations to a degree that outstripped even optimistic Democratic insiders. (For that botched media narrative, blame groupthink among reporters who took partisan polling as gospel.)

One big factor for the Democrats’ performance: Up and down the ballot, voters demonstrated that they’ve had enough of election deniers and authoritarian bullies. Again and again, they chose candidates who take their oaths and commitment to democracy seriously.

The group of Republican nominees for secretary of state who banded together under a banner of election denial were soundly drubbed. Kristina Karamo (Michigan), Kim Crockett (Minnesota) and Audrey Mendonca-Trujillo (New Mexico) all lost. Arizona nominee Mark Finchem is trailing. And Nevada nominee Jim Marchant is barely ahead as of this writing but running behind the Republicans’ gubernatorial and Senate nominees. By contrast, Georgia Secretary of State Brad Raffensperger, the key Republican who upheld President Donald Trump’s loss in his state in 2020, won reelection easily.

It’s much the same story in attorney general contests. Democrats beat or are leading election deniers in the key swing states of Michigan, Arizona and Nevada (though Republican election deniers prevailed in deep-red states such as Texas, Alabama, South Carolina and Florida).

Democrats also wiped-out election deniers running for governor, who would play a key role in certifying results in the 2024 election. This includes Republican nominees Tim Michels of Wisconsin, Tudor Dixon of Michigan, Doug Mastriano of Pennsylvania, Dan Cox of Maryland and Lee Zeldin of New York. Kari Lake is also trailing in her race in Arizona.

Altogether, the midterms revealed a movement to prevent election deniers from having administrative power over state elections. That is a powerful endorsement of free, accurate and fair elections — the lifeblood of democracy. Exit polls showed 68 percent of voters think democracy is threatened, and Democrats won that group narrowly (50 percent to 48 percent), while those who think democracy is secure went Republican by six points.

The media’s hypercritical reviews of President Biden’s speeches about the threat to democracy seem utterly tone-deaf in light of these results. In August, Biden accurately described the beliefs of those who would use violence to deny the will of voters as “semi-fascism.” In a separate speech, he declared, “MAGA Republicans do not respect the Constitution. They do not believe in the rule of law. They do not recognize the will of the people. They refuse to accept the results of a free election”. He added that “they’re working right now, as I speak, in state after state to give power to decide elections in America to partisans and cronies, empowering election deniers to undermine democracy itself.” Enough voters agreed to keep many of the worst election deniers in key swing states out of power.

Moreover, the results underscore that the country owes a deep debt of gratitude to Rep. Liz Cheney (R-Wyo.), who staked her career on debunking the “big lie” of a stolen election and urged voters to reject election deniers. She endorsed Democrats in Arizona’s gubernatorial and secretary of state races, as well as Democratic Rep. Abigail Spanberger (Va.), saying, “Abigail’s opponent is promoting conspiracy theories, denying election outcomes she disagrees with and defending the indefensible.” Cheney added, “We need our elected leaders to be honest, serious and responsible.” She also endorsed Rep. Elissa Slotkin (D-Mich.), who won narrowly. Cheney told an audience, “The chips are down for us. This is our time of testing. We all must stand and defend the republic.”

Multiple print outlets, including The Post, dedicated resources to highlight election deniers on the ballot, stressing the role they could play in future elections. This is precisely the sort of media coverage that is needed to educate the public and hold officials accountable. And certainly, much of the debunking of the “big lie” was accomplished by the House Jan. 6 select committee. That, too, might have been on the minds of many voters wary of a 2020 replay.

Despite these wins, democracy defenders should not let their guard down. The House might still wind up in Republican hands. That should underscore the urgency of quick passage of the bill to reform the Electoral Count Act during the lame-duck session. Voting rights reformers would also do well to focus on Republican efforts to subvert elections; demand that election administration be taken out of the hands of partisans; insist on stiff laws that would punish those who threaten or intimidate election workers; and ensure a timely process for courts to review election disputes.

Voters have shown that they will turn out to defend democracy. All Americans can take pride in Tuesday’s large turnout and the rejection of antidemocratic MAGA extremists. Democracy might be under strain, but it’s far from kaput.

Facebook
Twitter
Email
PrevPreviousWe thank all our candidates and volunteers for a race well run!
NextWhy aren’t the Democrats trouncing these guys?Next