Democratic infighting can have only one winner: The Trumpist GOP 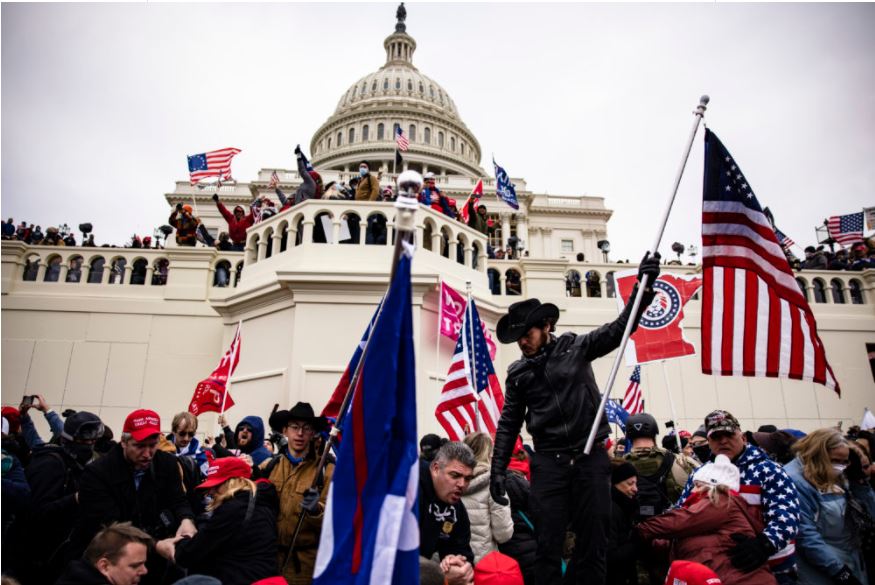 While the Democratic National Committee leadership spent August on a “Build Back Better” bus tour across the country touting President Biden’s American Rescue Plan, and House Democratic factions were engaged in war over their party’s direction, Republicans have been prepping to launch their presidential nominee, presumptively former president Donald Trump or a Trump-blessed standard-bearer, toward a November 2024 victory. To achieve that goal, however, the GOP is counting on a combination of a shredded Biden agenda and polarized and dispirited Democrats.

But first, a few words about what to expect if Trump or one of his disciples reaches the Oval Office on Jan. 20, 2025.

Close to the first order of business will be dealing with members of the violent pro-Trump mob that forced its way into the Capitol on Jan. 6. We may think of them as insurrectionists. Trump Republicans call them patriots.

They were, by any other name, thugs who broke down doors, shattered windows and fought with police. They occupied the Senate chamber and put feet up on House Speaker Nancy Pelosi’s (D-Calif.) desk. Vice President Mike Pence, also a mob target, said, “Today was a dark day in the history of the United States Capitol.“ Some in that bunch of rioters, out to halt a constitutionally sanctioned congressional proceeding, were later found, arrested and charged by the FBI with criminal behavior. After Inauguration Day 2025, they will receive a gift that no one but Trump or his chosen would give: a presidential pardon.

Also, on day one, look for a full-scale presidential assault on Biden’s record.

Say goodbye, once again, to U.S. participation in the Paris climate accord and the World Health Organization. Say farewell, too, to Biden’s executive order banning discrimination based on sexual orientation or gender identity.

Welcome back construction of the border wall between the United States and Mexico, a return to rollbacks of vehicle emission standards, and the resumption of oil and gas leases in the Arctic National Wildlife Refuge.

The Republican-controlled Justice Department will be converted, lock, stock and barrel, into a sole proprietorship of the president.

Far-right groups such as the Proud Boys and Oath Keepers that were involved in the Jan. 6 insurrection will no longer be deemed outside extremists. Instead, they will be considered a White House paramilitary force on standby.

All that and more dangerous actions will occur should Trump or a stand-in take office on Jan. 20, 2025, especially with the solid backing of House and Senate Republican majorities.

Which returns us to the present. Democrats have it in their hands to make Biden a one-term president, and at the same time, convert their party into a thing of the past in Washington. All they must do is succumb to politically based envy, ambition and self-centeredness. Such indulgences can only wreak havoc on the fate of the $1 trillion bipartisan infrastructure bill, safe passage of the $3.5 billion budget reconciliation package and enactment of the John Lewis Voting Rights Advancement Act.

The infrastructure bill is a long-overdue measure that neither Trump nor his predecessors could achieve. The budget reconciliation package provides major federal investments in child care, education, family leave and climate mitigation. The John Lewis bill restores the full protections of the original, bipartisan Voting Rights Act of 1965 and sets up a process for reviewing voting changes, focusing on measures that have historically been used to discriminate against voters.

Fail to deliver on those key Biden agenda items and Democrats most assuredly can bid farewell to control of the House and Senate in next year’s midterm elections. They can also look forward to two years of political purgatory — in which the Biden administration suffers punishment under Republican legislative dominance. It will remain so until the 2024 presidential election brings on the demise of the Democratic nominated sacrificial lamb, and the party’s final descent into the equivalent of political hell — a fully Trumpist GOP-controlled Washington, D.C.

Put another way, a growing economy and successful Biden agenda are the best path for Democrats to continue control of Congress and the White House.

That means Democratic progressives and centrists should focus first and last on what matters most to the country, not their personal or ideological agendas.

This is no time for political standoffs or cheap shots at Biden that only provide fuel for his political enemies. It’s time for united Democrats to stand up to a united Republican opposition that is singularly focused on reclaiming power.

Short of that, have at it, warring Democrats. See where that gets you.