Democrats are saving families a lot of money on health care. It’s a big deal. 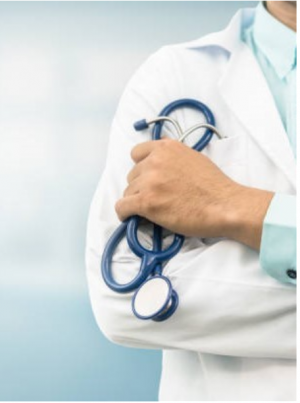 Republicans are attempting to distract voters with false allegations that new money in the Inflation Reduction Act for the Internal Revenue Service means that ordinary taxpayers would be subjected more audits and equally bogus claims that the bill would raise taxes on middle-income Americans. But try as they might, Republicans won’t be able to obscure the fact that the package’s health-care provisions will save Americans a lot of money.

The health-care aspects of the bill are nearly as historic as its climate change provisions. The New York Times reports, “The Senate bill, which the House is expected to pass on Friday, then send to President Biden’s desk, could save many Medicare beneficiaries hundreds, if not thousands of dollars a year. Its best-known provision would empower Medicare to negotiate prices with drug makers with the goal of driving down costs — a move the pharmaceutical industry has fought for years, and one that experts said would help lower costs for beneficiaries.” Medicare recipients would also get an annual cap of $2000 for out-of-pocket prescription drug costs and a $35 monthly limit on insulin.

The benefit is not just monetary, the Times points out. “To hear the voices of older Americans who confront high drug costs month in and month out is to hear fear and worry, anger and stress. Many say they are figuring out how to get by, skipping vacations and other niceties for which they saved.” To paraphrase President Biden, the bill would give Medicare patients a little peace of mind.

The health-care provisions are not limited to Medicare. A report from the centrist Democratic think tank Third Way finds, “A typical family with health coverage at work will save about $1,000 a year, and a family with coverage through an exchange will save about $1,400 a year” between 2022 and 2025. Those savings would come primarily from three provisions. First is the bill’s extension of Affordable Care Act subsidies. The second is its fixes for the ACA’s “family glitch,” which ensures a person can get premium assistance if their employer-sponsored coverage is not “affordable,” but doesn’t extend that to their family. And third is the bill’s provisions allowing the Health and Human Services secretary to negotiate drug prices and to restrict the rate of increases for prescription drugs.

In short, there is big savings to be had for a lot of Americans. Third Way’s deputy director of economic communications and health policy Ladan Ahmadi tells me this is the most significant savings for Americans since the ACA was passed because “the IRA has supercharged the savings in the family glitch fix.”

What is even more remarkable is that every single Republican senator voted against the package. House Republicans will likely follow suit. That could be a risky position as they head out on the campaign trail and meet voters who have struggled to make ends meet. That might explain why they are throwing out distracting and untrue claims.

Inflation remains a major issue for most Americans. Despite the good news that inflation rates in July fell compared with the month before it, the fact remains that prices are still 8.5 percent higher than a year before. While wages have also grown, they have increased less than inflation, pinching household finances. The health-care provisions might not be “inflation reduction” per se, but any family that is able to save $1,000 or more will see it as cost reduction.

Certainly, the Federal Reserve is primarily responsible for inflation. The pandemic, supply chain snarls and Russia’s war of aggression against Ukraine are the primary drivers of rising prices, so there is not much the White House or lawmakers can do about the top-line inflation number. But Democrats did the next best thing: They saved families hundreds of dollars and helped them balance their budgets. And every Republican voted against it. Remarkable.