Democrats beat Republicans on the economy, over and over 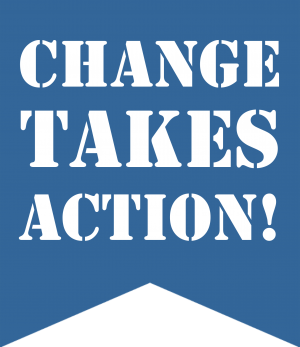 Barack Obama took office on January 20, 2009, as we faced a bleak economic future. Banks were failing and markets were in free fall. To staunch the hemorrhaging, Congress had passed an $800 billion stimulus package in late 2008, too small according to many economists, and quite puny by today’s standards. Obama’s steadiness calmed investors and started a long bull market. The Dow Jones Industrial Average (DJIA), was 6,470 at the start of his term and 19,804 on his last day in office, a 206% increase. Unemployment peaked at 10% a few months into his term and was down to 4.7% by the end of his presidency. Considering the steadfast opposition of the Republican-led Congress during all but two years of his administration, Obama did a masterful job moving the economy forward. And, he saved the US auto industry.

Trump took office after a sustained period of economic growth. Republican tax cuts in 2017 provided a sugar high for the stock market and the DJIA soared during his first year. Then reality set in and the DJIA slumped in 2018. It had a great year in 2019; the best increase since 2013. Unemployment went from 4.7% to 3.5%, the right direction, but hardly stunning. It is now 11.1% and even rosy projections have it at around 10% at the end of the year and remaining high for years.

The bull market that began with Obama in 2009, came to a crashing halt in 2020 with Trump’s entirely inept response to the pandemic and the subsequent economic collapse. The only “bright” spot is the market, which has been goosed by trillions in bailout funds and aided by an influx of day-traders lured by commission-free trading and time on their hands. The NASDAQ is more like a casino than a stock exchange at present and is no longer tethered to reality in any meaningful way. But the DJIA is the only metric Trump follows, so apparently, he thinks everything is just peachy.

Why on earth would anyone think Trump knows how to get the economy back on track? Interest rates are near zero. That, and tax cuts are the only tools in Trump’s playbook, because they benefit him personally. So, what does he propose for the next round of stimulus? Capital gains tax cuts and eliminating the payroll tax that funds Social Security and Medicare trust funds. Huh?

There is a common myth that Republicans are better for the economy than Democrats, but recent history proves this wrong. Ronald Reagan, Republican, doubled the deficit; followed by George H. W. Bush, Republican, who made it much worse. Bill Clinton, Democrat, inherited a large deficit but left a sizable surplus in 2000, having four of only five surpluses in the past 40 years. George W. Bush, Republican, squandered it with an illegitimate war in Iraq, tax cuts, and a massive, unfunded drug plan for seniors (with huge concessions to big pharma). Bush left office in the worst recession since the Great Depression, after his administration failed to notice the subprime mortgage fiasco brewing under its watch. Obama, Democrat, fixed the mess left by the Bush administration. Trump, Republican, with unbelievable ineptitude, has wrecked this economy and he is doing everything wrong now. Why would we give him four more years?

The only choice is to elect a Democrat to fix yet another Republican financial fiasco. Joseph R. Biden just unveiled a comprehensive plan to right this listing ship. VOTE BLUE in November. It’s our only hope.