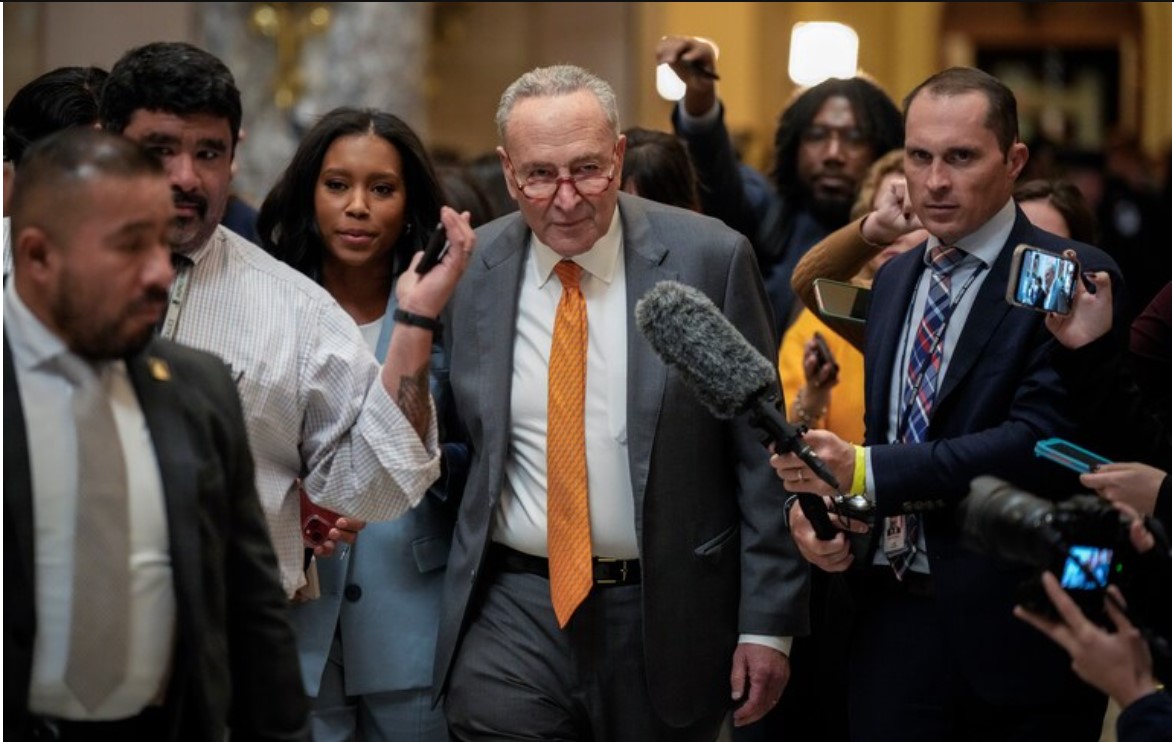 With the Senate set to remain in Democratic hands, the ground has shifted somewhat for Congress’s lame-duck period. For instance, the urgency of confirming as many judges as possible before the new Congress is seated has lessened.

However, with the House so evenly divided and current Minority Leader Kevin McCarthy potentially still lacking the votes to secure the speakership once Republicans take the majority (and also lacking the skills to manage the MAGA crowd if he gets the job at all), the importance of items requiring House action has increased. Theoretically, Congress has until Jan. 3 to complete its work; realistically, it will be harder to keep members in the Capitol as Christmas approaches.

The current funding bill expires Dec. 16, so Congress must either pass a spending bill with specific designated increases or a continuing resolution to keep the government running. Democrats have several must-haves on the spending side:

First and foremost, Congress, with a generally supportive GOP minority and a unified Democratic majority, can approve a long-term and ample funding stream for Ukraine. Last week at the Halifax International Security Forum, Politico reported, “congressional Republican leaders are on track to steamroll the growing number of conservative lawmakers who want to stop funding Ukraine’s war effort, a move that’s sure to intensify the GOP divide over U.S. support for Kyiv. … Congress is likely to allocate well more than the $38 billion the Biden administration requested for Ukraine’s military and economic needs as part of a year-end governing funding bill.”

Nearly as important, Democrats should do everything possible to ensure funding for special counsel Jack Smith and for the Jan. 6 investigations more generally. The risk that Republicans would try to cut off Justice Department funding is not insignificant.

There is nothing that prevents Congress from passing a two-year Defense and Justice department authorization bill that would keep funds going after the end of the next fiscal year. Democrats would need 10 Republican senators to go along with such a plan — but that’s not unthinkable, especially on Ukraine. In any case, Democrats should try to lock in spending for both tasks to the greatest extent possible and for the longest time possible.

Democrats should also take away any temptation for Republicans to allow a default by refusing to raise the debt ceiling. Scholar Norm Ornstein recently wrote for the Atlantic, “The concessions demanded by the new MAGA extremist radicals will be non-negotiable. And this time, if Republicans win, a lot more members will be ready to push us over the cliff — and the speaker, McCarthy, with no ability or willingness to stop their juggernaut.”

He recommends invoking the so-called McConnell Rule: “The way to do so is by making permanent, perhaps via reconciliation, the ironically named ‘McConnell Rule.’ The rule was raised by the Senate Republican leader a decade ago to allow the president to raise the debt ceiling. It allows Congress to pass a joint resolution blocking the action but contains a provision where the president is able to veto that resolution — meaning, in this instance, that a president would need only one-third of support plus one of the two houses of Congress to avoid default.”

Congress could eliminate the statutory debt ceiling altogether, although Biden has argued against it. Daring the GOP to hold the country hostage and blow up the economy might make political sense and underscoring just how reckless Republicans are may seem attractive, but the threat of a massive economic crisis makes even risking default intolerable.

Without a debt ceiling, Republicans’ leverage to extract cuts to entitlements, the Justice Department budget, Ukraine aid and other essential items diminishes greatly. (They can still threaten a shutdown, but that has proved time and again to be a losing gambit for them.)

Passage of the Electoral Count Reform Act is also on Democrats’ must-do list. The risk of a governor Kari Lake or Doug Mastriano refusing to certify an election has been avoided for now, but specifying that the vice president has no role in certification, raising the threshold for the number of members of Congress needed to challenge electoral votes, providing for swift court resolution of election disputes, and ensuring that the rules in effect on Election Day cannot be changed would help forestall future coup attempts. The House has passed an ECA reform bill; now the Senate can take it up, or pass its own and seek to work out differences with the House. Alternatively, with time running out, once the Senate passes its version, the House can simply vote to pass that version.

Finally, the Respect for Marriage Act cleared cloture before the break; the Senate must move swiftly to passage. Without action in the lame duck, the GOP House will be emboldened to block any protection for same-sex couples next year, leaving them at the mercy of a radical right-wing Supreme Court that has no qualms about stripping away fundamental rights.

Even if members extend their hours and workweek, this Congress cannot do everything Democrats might like in the lame duck. So what is better left to the future?

For one, gun legislation, which has no chance of passage in a short time frame. Additionally, the ban on individual stock ownership by members of Congress. Members can reintroduce it next year, forcing House Republicans to be the ones to nix anti-corruption reform.

Also best left for another day, given the midterm results, is the modest Big Tech antitrust bill. Democrats can come back next year, address items left out of this version (e.g. shifting the burden of proof to merging companies to show that a deal is not anti-competitive) and perhaps look at issues that have arisen more recently (e.g. Elon Musk’s purchase of Twitter, reportedly with foreign investors).

In short, Democrats should be delighted if they can protect Ukraine and Justice Department funding, eliminate debt ceiling blackmail, pass ECA reform, and protect same-sex marriage. That’s more than enough to fill the remaining time before the holiday recess. The rest can wait until next year, when House Democrats will be watching Republicans tie themselves up in knots while Senate Democrats spend most of their time confirming judges.