Democrats should be clear: A radical GOP is holding the country back 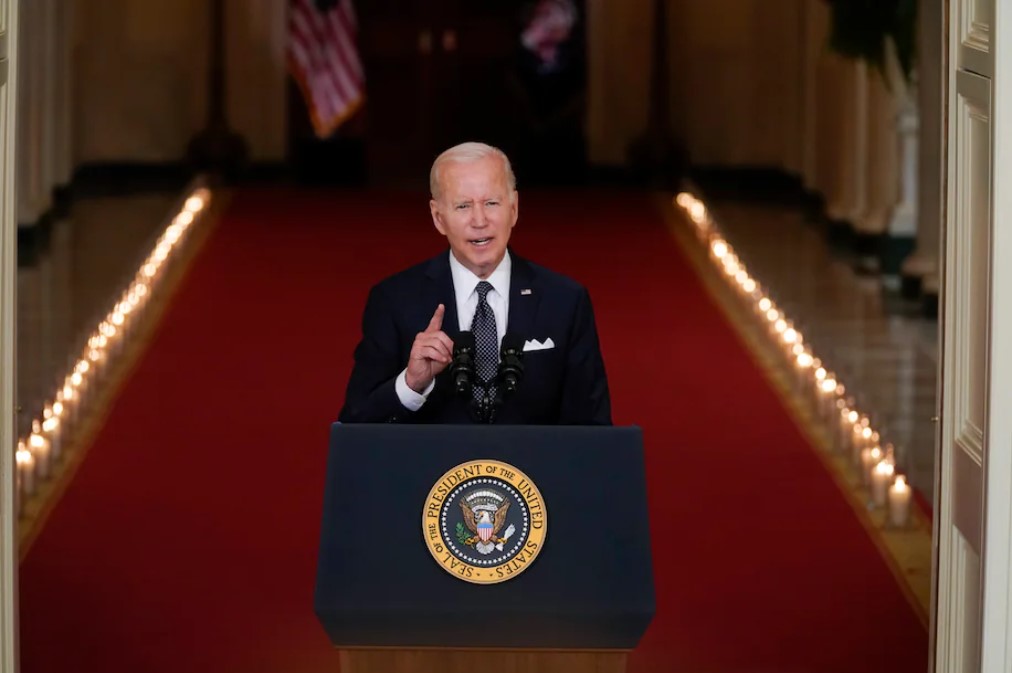 Washington is broken. Politicians can’t get anything done. They don’t listen to voters.

Voters have been making these complaints for decades, but never have they been truer than they are today. The preferences of a supermajority of voters, whether that’s investigating an armed insurrection to topple our democracy or securing the right to vote or passing reasonable gun measures or respecting women’s physical autonomy, are almost never translated into legislative output.

Worse, the results — a society rife with guns, the criminalization of abortion, attempts to subvert elections — are moving the country in ways that threaten the lives and rights of Americans.

Consider the latest Gallup polling on abortion: “After a decade in which Americans’ identification as ‘pro-choice’ varied narrowly between 45% and 50%, the percentage has jumped six points to 55% in the latest poll, compared with the prior measure a year ago. Pro-choice sentiment is now the highest Gallup has measured since 1995 when it was 56% — the only other time it has been at the current level or higher — while the 39% identifying as ‘pro-life’ is the lowest since 1996.”

In addition, more than half of voters — a first in Gallup polling history — think abortion is morally acceptable. Even more noteworthy: “The latest data show Americans are less likely than a year ago to say abortion should be illegal in all circumstances, falling six points to 13%, the lowest Gallup has recorded for this position since 1995. At the same time, the 35% wanting it legal under any circumstances is the highest in Gallup’s trend by one point, after increasing slightly each of the past three years.”

Put differently, if the leak of Justice Samuel A. Alito Jr.’s draft opinion overturning Roe v. Wade was meant to “lock in” right-wing justices on the decision, it accomplished the opposite among ordinary Americans. There will undoubtedly be a furious backlash against the court itself for so aggressively attacking settled law and popular values.

Similarly on guns, President Biden reflected the overwhelming sentiment of the American people when he asked on Thursday night, “For God’s sake, how much more carnage are we willing to accept? How many more innocent American lives must be taken before we say ‘enough’? Enough.”

The items he called for (e.g., a ban on assault weapons and high-capacity magazines; raising the age to purchase all firearms to 21; universal background checks; safe-storage and red-flag laws; a repeal of protections for gun manufacturers from liability) garner, in some cases, more than 80 percent approval.

Biden briefly touched on the reason that the overwhelming support for gun regulation fails to translate into law: “My God, the fact that the majority of the Senate Republicans don’t want any of these proposals even to be debated or come up for a vote, I find unconscionable,” he said. He warned that “if Congress fails, I believe this time a majority of the American people won’t give up, either. I believe the majority of you will act to turn your outrage into making this issue central to your vote.”

That’s the nub of the problem. Our democracy doesn’t work when the will of the majority is consistently ignored (repudiated, even) by a minority out of step with the nation’s views and values. This takes place primarily with four antidemocratic tools: (1) the electoral college, which has installed Republican presidents who lack majority support; (2) thinly populated, overwhelmingly White states’ disproportionate power in the Senate; (3) the filibuster, which effectively gives the minority party a veto over the majority; and (4) lifetime tenure of Supreme Court justices.

The problem is not lily-livered Democrats or “polarization.” Our democracy is being thwarted again and again by an increasingly radical, antidemocratic GOP driven by white grievance and nostalgia for a pre-civil-rights America.

If Democrats, including the president, want to end this paralysis, they must be clear about the need for fundamental reform, including elimination of the filibuster and establishment of term limits for Supreme Court justices. Democrats should say it plainly: We cannot have what we collectively want by overwhelming majorities unless we have enough Democrats in power to fix our democracy. You want the right to choose? Gun regulations? We need people in the House and Senate determined to stop the tyranny of the minority and reflect the supermajority views of the people.

The impending overturning of abortion rights and the spate of gun massacres have underscored that a radical White minority has far too much power. If Democrats cannot excite their base to remedy that problem and make the case to all Americans that the GOP has become a destructive force to our democracy, then our country is in deep trouble. And the slaughter of little children will continue.