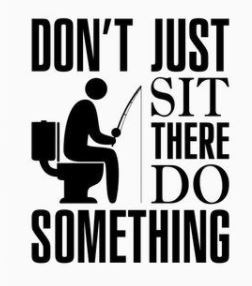 Relentlessly under attack from far-right conspiracy and supremacist groups formerly known as the Republican party, our democracy is flashing red lights that are blinding many officials elected to the highest levels of government leadership.

The “deer-in-the-headlights” posturing exhibited by some moderate Democrats refusing to yield the old playbook of bipartisanship at all costs represents an anachronism from a former age of civility in political compromise.

Wake up to the new reality of unreality.

In the case of saving our democracy, the opportunity cost of bipartisanship at all costs may be erosion or even loss of voting rights and election integrity, decimation of life-saving entitlement programs, inertia in the Department of Justice, endorsement of government corruption, old white men determining the right of women to choose, partisanship contaminating the Supreme Court, and further enrichment of the ultra-rich one-percent.

Anyone with a heart and a modicum of integrity and political savvy is aware of the fragile marginal opportunity for success presented to the Democratic party by the last election. And, credit is warranted for small victories achieved this first year of the Biden presidency, packed with issues and vitriol, that seems like it has stretched on forever.

Our president is tasked with the toughest job any president has faced over the past 50 years and he deserves credit for accomplishments achieved thus far.

But the time is NOW for a more forceful strategy.

We are in a very different political reality, never before seen in our democracy.

A near-majority in Congress is hiding under the shade of the rapidly -spreading political mushroom cloud of Trumpism smothering democratic values and threatening the old-school bipartisan playbook. We witness daily attacks that appear as regular amputations of the limbs of democracy. It seems like we are trying to dilute a mushroom cloud with a portable table fan.

There is a ray of hope provided by the persistence of the January 6th Select Committee. But, they too, should be careful in extending generous extensions to those subpoenaed thus far. Why do they need an extension? The facts are the facts.

Democrats have historically suffered from being too nice.

A sad reality now faces the Democratic party: Trump is still here. In order to beat Trump at his own game, we must be more like him in promoting our own principles. Are we willing to step up to the plate?

No solutions are offered here. That’s what our tax dollars are supposedly funding our elected officials to accomplish. It’s time to see results.

Many years ago there was a bar in Hong Kong favored by ex-patriot Americans called “The Time is Always Now”. It served as a great place to discuss what’s going on at home.

Wish we had one here.

Facebook
Twitter
Email
PrevPreviousThink a mild case of COVID-19 is no big deal? Think again.
NextTrump and his herd are the real RINOsNext