DeSantis is unimpressive outside the right-wing media bubble 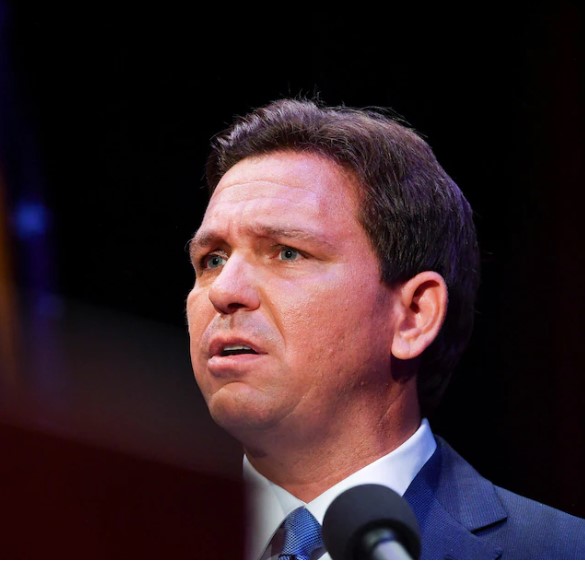 If pundit-picked GOP front-runners performed as expected, former Wisconsin governor Scott Walker or former Florida governor Jeb Bush would have been the 2016 nominee. What makes for an electable governor in a red state doesn’t always make someone a viable presidential candidate. Candidates have to be appealing, lively, dynamic and adept at deflecting criticism. And that brings us to Florida Gov. Ron DeSantis (R), whose debate performance on Monday suggests that his advance billing as the top 2024 alternative to former president Donald Trump might be exaggerated.

National reporters who cover developments in Florida have not necessarily spent much time actually watching or listening to DeSantis. If his plays for the base (Retaliate against Disney!) seem daring or clever to those used to MAGA pandering, observers might be surprised by his personal presentation: Sullen, moody and dull doesn’t scream “Presidential material!”

When confronted with the most obvious question from his opponent, former governor Charlie Crist, as to whether he would serve the full four years if he is reelected, he stared stiffly into space. All DeSantis could muster when it was his turn was an off-key insult (“The only worn-out old donkey I’m looking to put out to pasture is Charlie Crist.”). Crist casually brushed him off: “You won’t even say if you want to be the governor of Florida after this election.”

This does not mean Florida voters care about such things, nor does it mean in the increasingly red state that DeSantis (solidly ahead in the polls) won’t win. But watching the debate, Republicans could be forgiven for asking, “This is the guy who’s supposed to take down Trump and win back the White House?”

As with many MAGA politicians, DeSantis has grown accustomed to hiding from tough questions and enjoying the cushy coverage afforded by a docile right-wing media. He routinely excludes the press from events. As a result, he has not learned to deflect difficult questions with aplomb.

In the debate, he seemed not to have thought through responses to weaknesses his opponent was sure to exploit, such as passing the buck to local officials regarding his failure to order evacuations before the recent monster hurricane. He was easily tripped up when bragging about his record on the coronavirus (which has killed more than 82,000 Floridians). His anti-business assaults on the cruise industry and on Disney were easy targets for a centrist Democrat like Crist.

And when it came to abortion, DeSantis seemed oblivious to the world of facts and public opinion that exists outside the MAGA universe. Reciting tired and blatantly false talking points about abortion up to the moment of birth (which, as the New York Times notes, “doesn’t exist, even in states without gestational limits”), critical race theory (which he insists is teaching children to “hate” America) and gender-affirming care (falsely suggesting that young children will be candidates for surgery) might fly at a Conservative Political Action Conference (CPAC) rally. But such hackery doesn’t work so well on the national stage. Nothing in his debate performance suggested the ability to project a positive, widely appealing national message that can survive even a modicum of fact-checking.

A certain tone-deafness (see the ad prompting an uncomfortable comparison to Michael Dukakis’s infamous helmeted appearance in a tank) seems to afflict DeSantis. And while such missteps do not spell defeat for an incumbent governor in a red state, they do suggest he might be an easy target (as Florida Republican Sen. Marco Rubio was in 2016) for more aggressive GOP competitors.

GOP donors and insiders have noticed he is “missing the sociability gene,” as Vanity Fair reported. “People describe DeSantis’s personality as a mix of extreme arrogance and painful awkwardness.” And apparently those who know him the best like him the least:

DeSantis’s offices have earned a reputation as very unhappy places to work. “When you work for Ron, he makes you feel like you’re just lucky to be there,” a former gubernatorial aide said. “I once had to drive him to the airport. We got stuck in traffic for an hour, and he didn’t say a word,” a former congressional staffer told me. “I describe him as having the personality of a piece of paper.” Last year, Politico reported ex-DeSantis staffers had formed a “support group” to commiserate over their bruising experiences. “He’s a terrible bully,” a past adviser said.

None of this is fatal to presidential ambitions. Lots of politicians are jerks. But missing charisma, a winning personality and verbal acuity might make a presidential campaign tough going for DeSantis. The qualifications that intrigue horserace reporters just won’t necessarily help him in the bright lights of primary politics. Just ask President Marco Rubio or President Scott Walker.