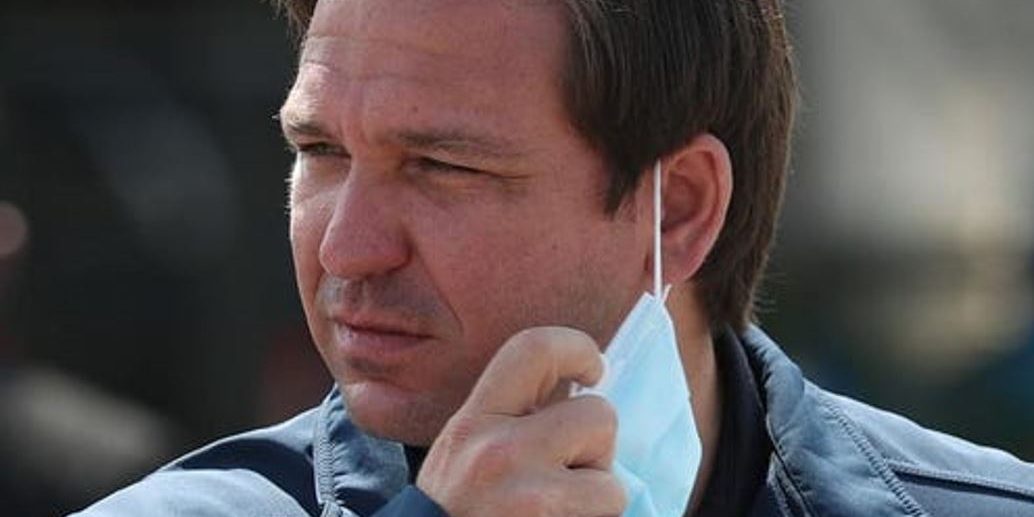 TALLAHASSEE – Joining a growing swell of states, Gov. Ron DeSantis appears focused on erasing mask requirements across Florida by now demanding that such emergency powers of local governments be rolled back by the Republican-led Legislature.

The drive is being met with outrage by city and county officials, along with Democratic lawmakers who say masks and other public health steps enacted by local leaders remain a big part of Florida’s continuing push to overcome the devastation caused by COVID-19.

“It’s not over yet,” said Dr. Thomas Unnasch of the University of South Florida College of Public Health. “We don’t want this virus to be like the bad guys in World Wrestling, where they look like they’re knocked out and then they come back and hit you in the back of the head with a chair. That’s what this virus could do.”

DeSantis late Wednesday signed his own executive order canceling any fines issued by local governments against individuals and businesses related to COVID-19 restrictions.

Several cities and counties have been fining businesses for violating mask and other requirements – getting around the governor’s September prohibition on individuals being cited.

But in his State of the State address opening the two-month legislative session on March 2, DeSantis also called for “reform of the emergency powers of local government.” He later used a professional wrestling analogy to ridicule business restrictions taken by South Florida officials to slow the spread of the virus.

“I mean, you look at some of those places they’re booming right now because I effectively came over the top rope and said ‘Enough of this, we’ve got to put people back to work,’” DeSantis said. “But I just worry going forward, when would some of this end?”

With vaccine supplies increasing, Alabama, Mississippi, Texas, Montana and Iowa eliminated state mask mandates in recent weeks. In refusing since the earliest days of the pandemic to enact a statewide requirement, DeSantis has said such decisions should be made on the local level.

The move is politically shaded – DeSantis is drawing heightened attention in Republican circles as a potential White House contender in 2024. He recently invited Fox News to spend a day with him and his family at the Governor’s Mansion, in his Capitol office, and while he brought vaccines to Central Florida.

While DeSantis gains increased national focus, most of the Florida governments he’s ridiculing are led by mayors who are Democrats.

Close to 4 million Floridians have received at least one vaccine – less than 20% of the state’s population. But in coming months, DeSantis would likely welcome the optics of Florida being viewed as a fully open state, free even from mask-wearing.

COVID-19 has killed more than 32,000 Floridians and sickened almost 2 million people in the state. The state is still averaging about 5,000 new cases daily over the past two weeks, with positivity rates topping 5%.

County officials say they want to see these case numbers decline and stabilize much further before local restrictions are lifted.

Miami Beach Mayor Dan Gelber, who has clashed with DeSantis on a range of COVID-19 policies, said what the governor is looking to do is “absurd.”

Emergency orders issued by counties and cities last seven days and have been updated weekly since last year’s beginning of the pandemic. Initially, they involved closures of businesses such as bars and restaurants, but since DeSantis ordered these fully open last September, restrictions still in place mostly involve social distancing and mask-wearing.

Miami-Dade County is the only county still with a curfew – at midnight, which mostly affects bars and restaurants. County Mayor Daniella Levine Cava has said it may be lifted April 5, based on trends with coronavirus infections.

Much of DeSantis’ legislative wish list finds allies among fellow GOP members of the Legislature, and his call for clamping down on local governments is gaining support. A bill (HB 945) that cleared a House committee Tuesday would limit local emergency orders such as those used to restrict businesses and require mask-wearing, to endure for no more than 42 days.

“Anytime, any elected official mandates somebody … to do something they may not want to do or take away any of their rights, yeah, that’s an emergency,” Rommel said. “This bill does not prohibit local governments from requiring everybody to wear a mask for a period of time, with an in and out date.”

Rommel said his proposed change is “not specific for masks. It’s for anything.”

Rommel, who owns a restaurant in New Jersey and another in Fort Myers Beach, said his Florida operation has thrived by comparison because of DeSantis’ wide-open approach to the virus.

Local government actions, though, have been different in some places, Rommel said.

“Even in this pandemic, the rights that have been taken away and the livelihoods taken away,” Rommel told the House Pandemics and Public Emergencies Committee on Tuesday. “Business A, you can stay open. Business B, you go bankrupt. That’s not right.”

Rep. Fentrice Driskell, D-Tampa, who joined fellow Democrats in voting against Rommel’s bill – which cleared the committee in a party line, 12-6 vote – said it’s time to “stop politicizing the usage of face masks.”

“The science is very clear that masks help stop the spread,” she said. “I want to see us remain open for business, but part of that is us demonstrating that we can keep COVID under control and wearing masks is part of that.”

“I’m strongly opposed to any bill that will impede governments from doing what they did to keep us going,” Driskell added.