DeSantis may finally be getting the message 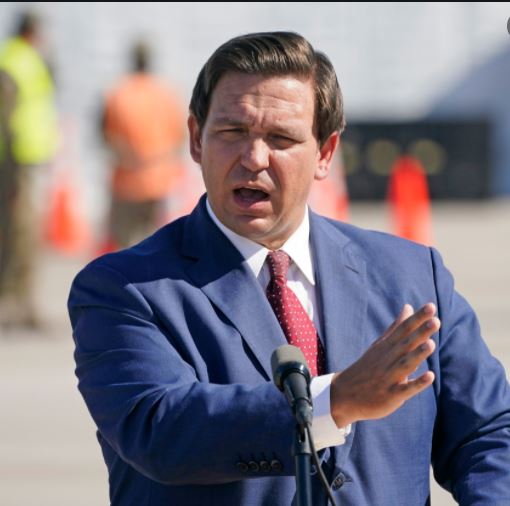 OUR POSITION: After lawsuits and criticism began piling up, Gov. Ron DeSantis has taken some action to attack the spread of COVID-19 in the state.

It took a while, but maybe Gov. Ron DeSantis is finally hearing Floridians who fear the rapid spread of the delta variant of COVID-19.

DeSantis has refused to take any actions similar to last year when COVID-19 first hit even though the recent numbers of infections, hospitalizations and deaths are similar or exceed the numbers that forced the governor’s hand then. He has held steadfast that school districts cannot enforce a mask mandate, for instance, even though a handful of districts have defied his mandate and said their students will be required to wear masks.

That unusual slap at the governor’s authority was made even more defiant when a federal judge gave DeSantis and the Florida Department of Education until today to justify that order against lawsuits filed to give school districts say in how they addressed the mask issue.

Some parents and school officials are alarmed at rates that saw 151,415 infections from Aug. 6 to 12, according to the state Department of Health. For three straight weeks Florida has set a record for the number of cases. The state also reported 1,071 deaths — including two children — from the previous week.

More than 500,000 Floridians have been infected since June 19 and about 24,000 children under 16 have been diagnosed with the disease in the past week — making a strong case for masks in schools.

Even more embarrassing for DeSantis should be the fact President Biden has said any funds withheld from school districts that ignored the order to not require masks — as the state has threatened — could be reimbursed by the federal government. Broward and Alachua counties have refused so far to obey the FDOE’s threats. The state board has scheduled an emergency meeting this week to discuss penalties — although there were signs last week it was backing off somewhat.

He said the state is preparing a rapid response unit to offer monoclonal antibody therapies to residents fighting the virus and that he will send strike teams throughout the state — starting in long-term care facilities — to administer the drugs.

Treatments, approved for anyone over the age of 12, include injections of antibodies that fight the virus and are especially effective in the early days of infection. They are similar or the same as treatments given former President Trump when he was infected.

We’re pleased DeSantis has made this decision. It is a good move toward attacking the rapid spread of the virus that is threatening to move Florida back to the future. No one wants to return to limits on seating at restaurants and masks everywhere we go.

As far as the school mandates are concerned, we expect the state will back down somewhat this week as far as penalties for districts requiring masks. While we like the idea of parents making the decision, that is a situation that allows for the spread to continue.

Our own local school districts have so far put off any mandates for masks, most likely because the number of cases in the area are low compared to hot spots in the state.

We hope the governor’s most recent actions can begin to stem the tide.

Charlotte Dems editorial comment:  monoclonal antibody therapies will only help those already infected. It will do nothing to prevent the infections, as the vaccine and masking do.  Prevention is much more cost effective and successful than the cure!  Taxpayers will be on the hook for the cost of these expensive remedies.