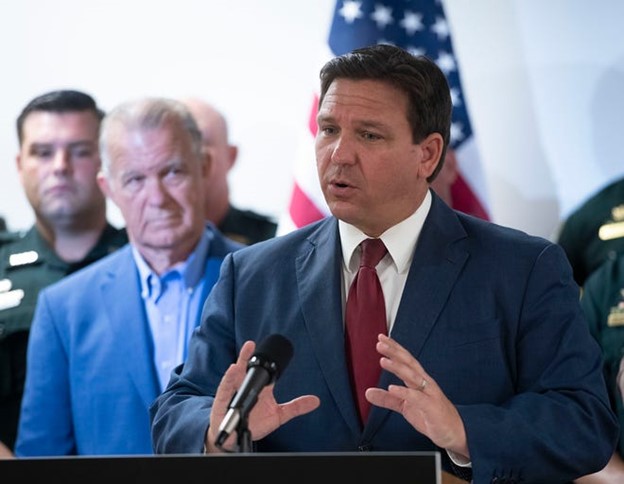 The governor cited positions Warren has taken on abortion laws, gender confirmation surgery and other issues.

Warren is a Democrat who has been out front on criminal justice reform issues. He sits on the Florida Democratic Party’s Safety & Justice Task Force.

Republicans have pushed back against these reforms, arguing they are leading to an increase in crime.

Much of the focus nationally has been on liberal cities such as San Francisco, where the district attorney recently was recalled. Now Tampa is squarely at the center of that debate.

“Over the last few years individual prosecutors take it upon themselves to determine which laws they like and will enforce, and which laws they don’t like and won’t enforce and the results of this in cities like Los Angeles and San Francisco have been catastrophic,” DeSantis said.

While DeSantis framed the issue as upholding the rule of law, the suspension has partisan overtones, with a GOP governor removing a Democratic official who twice was elected by voters in his county. 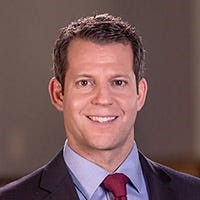 “DeSantis is a pathetic bully,” she said in a statement. “He’s doing this because he wants to be dictator, not a governor of Florida.”

U.S. Rep. Charlie Crist, who is running against Fried in the Democratic primary for governor, said: “This action by Governor DeSantis is that of a wannabe dictator who puts partisan politics first.”

DeSantis said he conducted a statewide review of prosecutors and quickly zeroed in on Warren, saying he “put himself publicly above the law.”

“The response that we got was a lot of frustration on the part of law enforcement for criminals being let go and crimes not being prosecuted… I can tell you it’s been a very, very troubling record,” DeSantis said of Warren.

The governor pointed to a letter Warren signed in 2021, saying the prosecutor pledged to “not enforce any prohibitions on sex change operations for minors.” He also criticized Warren for instituting “policies of quote ‘presumptive nonenforcement’” regarding certain laws, and said he signed a letter “saying he would not enforce any laws relating to protecting the right to life in the state of Florida.”

“We don’t elect people in one part of the state to have veto power over what the entire state decides on these important issues,” the governor said.

“To suspend him because he won’t criminalize a women’s right to choose is unconscionable,” Cruz tweeted. “Shame on you Governor, may the women in this state speak out in November.”

DeSantis made the announcement Thursday at the Hillsborough County Sheriff’s Office, where he was joined by law enforcement officers, Attorney General Ashley Moody and elected officials who complained about Warren’s performance.

Ultimately, the Florida Senate has the exclusive responsibility to sit in judgment of the merits of a governor’s suspension, under the state constitution. Warren’s fate will ultimately be decided by senators, who can remove him or order his reinstatement, action not likely to occur until after the November elections.

In the recent past, Florida governors have taken action against top state prosecutors and law enforcement officials in specific cases.

In 2016, then Gov. Rick Scott took action against an elected state attorney when he removed a state prosecutor from capital cases because she vowed never to pursue the death penalty in criminal cases.

Aramis Ayala, who had just been elected the state attorney in the 9th Judicial Circuit for Orange and Osceola counties, said racial inequities in the criminal justice system were behind her decision.

She challenged Scott’s action, but the Florida Supreme Court sided with Scott.

Ayala, who is now running for the Democratic nomination for Attorney General, chose not to seek re-election to her state attorney post in 2020. She was Florida’s first African-American state attorney.

A special master appointed by the state Senate to investigate the action concluded that DeSantis failed to show enough evidence to require Israel’s removal for the failures of his deputies and urged that he be reinstated. But the Republican-controlled Senate went along and sided with the governor and removed Israel. DeSantis, while campaigning in 2018, had vowed to remove Israel from office, if elected.

Israel was the highest-profile official to be removed by the Senate since 2005, when senators tossed out Broward County Elections Supervisor Miriam Oliphant, suspended by then-Gov. Jeb Bush for a host of election problems.

“Let’s be clear, Andrew Warren was following the letter of the law in protecting women’s freedom to make their own personal health care decisions under Art. 1, Sec. 23 of Florida’s constitution. Ron DeSantis should be transparent and tell voters and the press that he wants the government to interfere in health decisions that should be between women, their families and their doctors – something he’s been hiding from since the Dobbs decision – but claiming that Warren isn’t doing exactly the job voters elected him for is a lie.”

“Andrew Warren is an exceptional public servant, duly elected twice by the people of Hillsborough County, who was protecting the freedoms that are supposed to be afforded to Floridians under our constitution.”

“This offensive power grab by Governor DeSantis plays politics with public safety and is in line with DeSantis’ record of stripping freedoms from Floridians- women, duly elected school and local government officials, individuals and private businesses, or anyone else who simply dares to disagree with him.