Election offers a chance at a fresh start 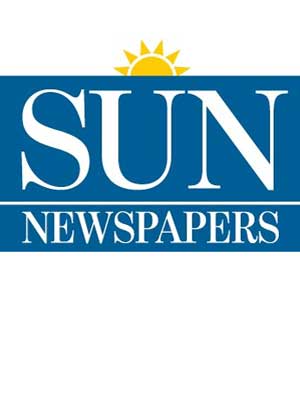 Editor’s note: Congratulations to President-elect Biden and Vice President-elect Harris! Our local paper offered us all some good advice on how to move forward to heal and unify America for the many challenges ahead.

Here we are, days after a momentous election, with some results final, some not and some lawyers’ meters already spinning furiously.

Though the dust has yet to settle, it’s not too early to ask a philosophical question: How do we want to move forward from here?

Few will disagree that the country is so deeply divided it makes the Hatfield/McCoy feud look like a garden party.

There’s agreement, though, on who’s at fault — the other side.

But let’s leave the blame-assigning and finger-pointing aside, since they don’t seem to be getting us anywhere.

Right now, how we got “here” isn’t what’s important. We need to decide how much longer we want to be “here.”

Where people immediately believe — and share — the most scurrilous of rumors, as long as they’re about the other side.

Where no information, no matter how well documented, is true if it doesn’t agree with our preconceived beliefs, even if the only support for them is that we hold them.

Where the other side never makes an honest mistake because everything it does is part of an agenda to destroy America.

Where the other side is absolutely wrong about everything — and it’s ugly and stupid, and its mother dresses it funny.

Where a closed mind is considered a good thing and an open one is seen as a sign of weakness.

Where the most important thing is for your side to win — by any means necessary, because you’re the self-appointed guardians of the American way.

We’ve lost sight of the fact that for the vast majority of things we’re on the same side — or should be, if we take our country’s ideals seriously.

Don’t we want everyone to have food to eat, clothes to wear and a decent place to live?

Don’t we want everyone to have a job that pays enough to afford those things?

Don’t we want people to be able to get health care when they need it, including services to help them get and stay healthy?

Don’t we want our kids to get a good education?

Don’t we want law enforcement to have the resources and training it needs to keep all of us safe?

If we can agree on all those things, then we know where we want to go; we just need to figure out how to get there from “here.”

We need to acknowledge that we don’t have a monopoly on the truth, and that maybe, just maybe, someone who disagrees with us isn’t in league with the devil.

And we need to make the people we elect to office go along.

It’s corny but it’s true: At the federal, state and local level we have problems that need a red, white and blue solution, not a red or blue one.

Or, we could continue to do what we’ve been doing, since it seems to be working so well.

What’s the worst that could happen?

Do we really want to find out?