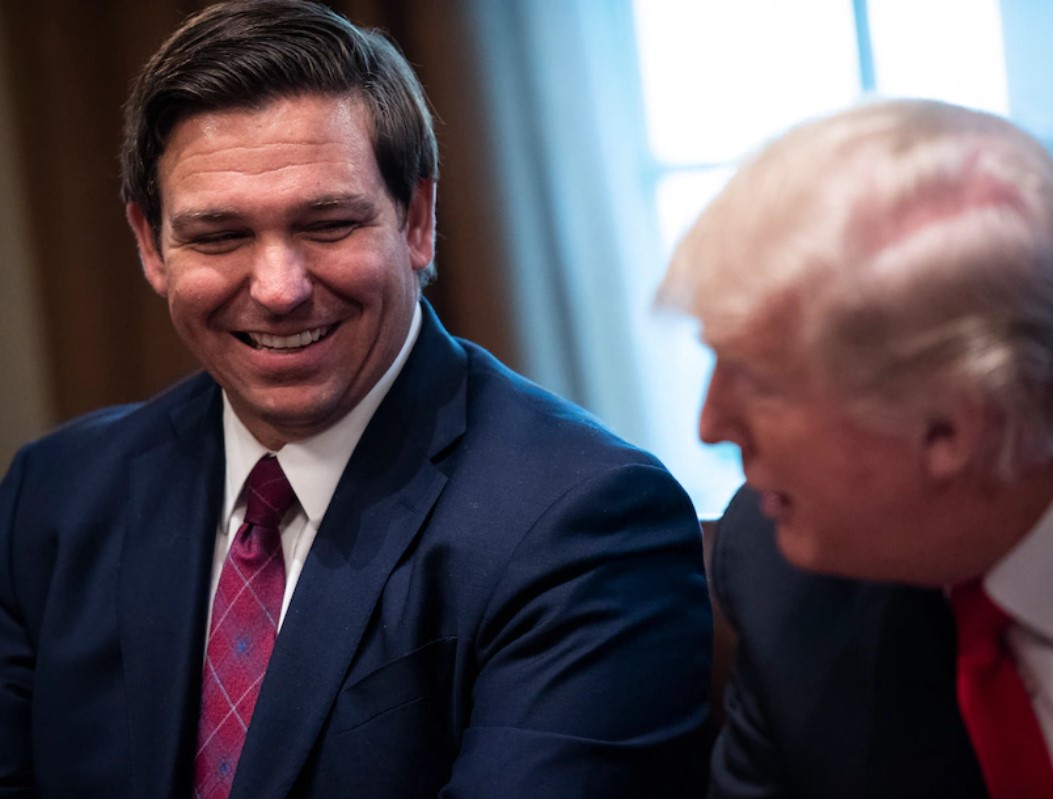 “Can’t we just lie to ourselves for a while?”

Glenn Beck, the right-wing talk radio host, was half-joking when he made this suggestion the day after Tuesday’s elections, but he voiced a longing that a number of Republicans had after the midterms: a hope to linger with the visions of a red tsunami that wiped out Democratic power across the country. The reality – that the party had an unusually poor showing in a midterm that many expected would be a historic blowout – felt too sour to linger on.

For one Republican, though, the night got better and better as it went on. Florida Gov. Ron DeSantis won reelection by nearly 20 points, in a night that saw the one-time swing state turn decisively red. As Republican losses piled up over the course of the evening, it became clear that he would not have to share the spotlight – and that anyone on the right looking for a beacon of hope would have to turn their eyes to Florida.

At the DeSantis victory rally, supporters made clear that they saw his winning platform as a springboard. Chants of “two more years!” filled the room, a sign that they would rather see DeSantis in the White House than the governor’s mansion come 2025.

They weren’t alone. Across right-wing media outlets the day after the election, commentators heaped praise on DeSantis while excoriating former President Donald Trump. Recriminations came swiftly. “Trump Is the Republican Party’s Biggest Loser,” read the Wall Street Journal Editorial Board’s headline, capturing a sentiment repeated on Fox News and right-wing podcasts and radio shows in the days after the election: Trump now carried the stench of losing; DeSantis was the party’s new future.

But before declaring this the dawn of DeSantis, remember: It is just as likely the next few weeks will be the high-water mark of his presidential aspirations. The spotlight can very quickly become the hot seat, and DeSantis is both untested as a national candidate and as a Trump adversary. Those who see an easy pivot from the era of Trump to the age of DeSantis are likely in for another wave of disappointment, both because of the particulars of DeSantis’ victory and the persistence of Trump’s power.

On paper, DeSantis looks like Trump’s natural heir. Since winning the governorship by a whisper-thin margin in 2018, he has consciously molded himself after Trump, picking up everything from Trump’s hand gestures and speech cadence to his media-bashing and calculated viciousness. DeSantis leaned into the politics of resentment and resistance, flouting Covid-19 guidelines, attacking schools for teaching about racism and sexuality and dumping asylum-seekers in Massachusetts as part of an anti-immigrant publicity stunt.

He has married that political style with a strongman persona. As governor, he has targeted protestors, universities, public health workers and corporations for opposing his policies. He has sent police to round up voters with felony convictions who, confused by the state’s efforts to strip their voting rights after voters reinstated them a few years ago, mistakenly voted in recent elections. He has bent the Florida legislature to his will, whipping up support for anti-gay laws, a new redistricting map and punitive legislation targeting Disney after the company criticized the state’s infamous “don’t say gay” bill.

Such actions bolstered his popularity in Florida, as did his attention to public opinion. He introduced a gas-tax holiday in the month before the election, and focused on effective hurricane relief rather than campaigning in the wake of the recent storm. As a result, he appears to have won not only traditional conservatives in the state but also made more headway with Latino voters and voters in more Democratic areas like Miami-Dade. If the dream for many on the right was Trumpism without Trump, DeSantis seems to be the ideal politician to carry them into that future.

But as Sen. Marco Rubio, a one-time frontrunner for the Republican presidential nomination, knows, neither success in Florida nor success in theory naturally translates into national victory. Part of that is due to the particulars of Florida. The electorate there has been trending more conservative in recent years, even as the country as a whole has coalesced around center-left policies (note how even many red states now vote for Medicaid expansion, abortion protections and higher minimum wage laws).

Meanwhile, unlike the national party, the Democratic Party in Florida is in tatters, struggling to field and support candidates and to organize and mobilize voters. And Florida has a specific mix of Latino voters that is unlike most other states, weighted heavily toward immigrants from Cuba and Venezuela who respond favorably to DeSantis’s attack on Democrats as socialists.

Then there is the issue of fellow Florida resident Donald Trump. The Dump Trump crowd, though bigger at the moment than at perhaps any time since 2016, does not seem to fully understand how deep and unquestioning the cult of personality around Trump still is within parts of the party.

Just two years ago, the party failed to pass a policy platform, instead issuing a statement of loyalty to Trump. When party elites inched away from Trump after his election loss and the insurrection that followed, they did not manage to bring the party with them. Instead, the majority of Republicans in the House voted to overturn the election and the vast majority of Republican voters clung to the belief that the 2020 election was stolen.

The DeSantis bubble has also inflated during a period in which Trump has been relatively absent from the national scene. DeSantis has not yet had to contend with Trump’s peculiar media power, his ability to create noise and spectacle and soak up every moment of media attention. Nor has he been on the other side of a sustained Trump attack. Sure, DeSantis may find a way to win in a head-to-head fight with Trump – but it is just as easy to imagine him instantly wilting in Trump’s presence, as all the other Republican presidential candidates did in the 2016 primaries.

Now, it’s possible that while a violent insurrection could not break the base’s loyalty to Trump, an uninterrupted losing streak could. DeSantis is certainly better positioned than any other Republican in the country to challenge Trump for the nomination, especially since he has attracted broad support from Republican elites and right-wing media. Trump, however, has an exceptional track record against such odds. Which means that the dream of a DeSantis victory in 2024 may prove just as elusive and illusory as Tuesday’s red wave.

Editor’s Note: Nicole Hemmer is an associate professor of history and director of the Carolyn T. and Robert M. Rogers Center for the Study of the Presidency at Vanderbilt University. She is the author of “Messengers of the Right: Conservative Media and the Transformation of American Politics” and the forthcoming “Partisans: The Conservative Revolutionaries Who Remade American Politics in the 1990s.” She cohosts the history podcasts “Past Present” and “This Day in Esoteric Political History.” The views expressed in this commentary are her own. View more opinion on CNN.