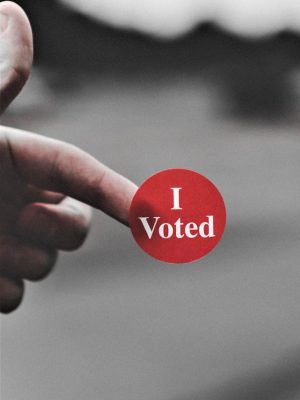 Editor’s Note: (The voter described in this article requested anonymity and is referred to as Jane Dem.)

What could possibly motivate a 69-year-old Port Charlotte resident of 41 years, who has never before voted, to register to vote in the 2020 presidential election?

You guessed it.  The answer is Donald J. Trump.

“His arrogance and his love for the wealthiest one percent of this country has left most of us behind,” explains Jane Dem. “The rest of us are on our own.”

In most states, including Florida, the voting age is 18.  For Jane Dem, at age 69, this translates into 51 “voting” years of political inactivity during a time period of numerous notable incidents eliciting national controversy and activism.  Racial /civil rights tensions, the Vietnam War, and Watergate are just a few.

Voting and peaceful protesting are our constitutional rights.  The choice to exercise these rights is a personal one that depends on individual circumstances and motivation at a given time.

“I never felt that honesty was an attribute of any political party,” explained Jane,” and “I didn’t want to participate in dishonesty.”

And now Jane admits “lack of participation was a weakness on my part.” While growing up, Jane doesn’t remember any discussions of voting and politics within her family. She had no role model encouraging political inspiration.

But now, for Jane, the time is finally right.

Coming forward after 51 years is a huge statement regarding the impact this administration has had on middle-class Americans. You really could say President Trump has been “inspirational”… but not in the way characteristic of great leaders.

Our president’s racist remarks and policies are most concerning to Jane. As a person of faith, Jane believes “we are all God’s children and are born equal and worthy in his eyes.” She struggles to understand how the leader of the free world could openly, and even proudly, attack people of color, those of other nationalities, and women with such disregard and lies.

It’s not just Trump’s attacks on people but also his impact on the economy that worries Jane. “So many enterprising people who started small, thriving businesses in communities that needed them have suffered because of this administration’s preference for helping big business,” remarks Jane. “Big banks, Trump’s pet industries, and even some Fortune 500 companies have been allowed to draw upon COVID-19 stimulus funds to enrich their profits,” Jane adds.

Jane is fearful that another term for Trump will destroy a part of her children’s financial futures. “I know he will devastate the social security trust fund through either financial malpractice or cold-hearted elimination…and my children will suffer from that.”

Right now, children and all of America need a pandemic control plan.  Jane firmly believes that in February Trump knew exactly what the country was facing with COVID-19. “He did nothing to protect the country he is supposedly leading and keeping safe.  And now, his supporters in congress and in neighborhoods all over the country have a veil over their eyes and see only what they want to see,” states Jane.

Jane Dem spoke generously about her worries.  One that literally hits close to home concerns the reactions of her neighbors and their display of Trump-Pence yard signs that blanket her nice neighborhood.  Usually, people get along there, but Jane is fearful of retaliation if her views and identity become known.

A yard sign should never yield such power over free speech and self-expression.

If you are an inexperienced voter, like Jane, and tired of the corruption, lies, and deceit of the Trump administration, visit or call our office to register to vote. Please join us in voting for the Biden-Harris ticket and all Democrats down the ballot on November 3rd.

And, if requested, we will protect your anonymity and assist your transition from that of a non-voting Jane Doe to a voting Jane Dem.

After her registration experience, Jane Dem concluded: “Finally, what a relief to have done my part in removing a tyrant from office.”