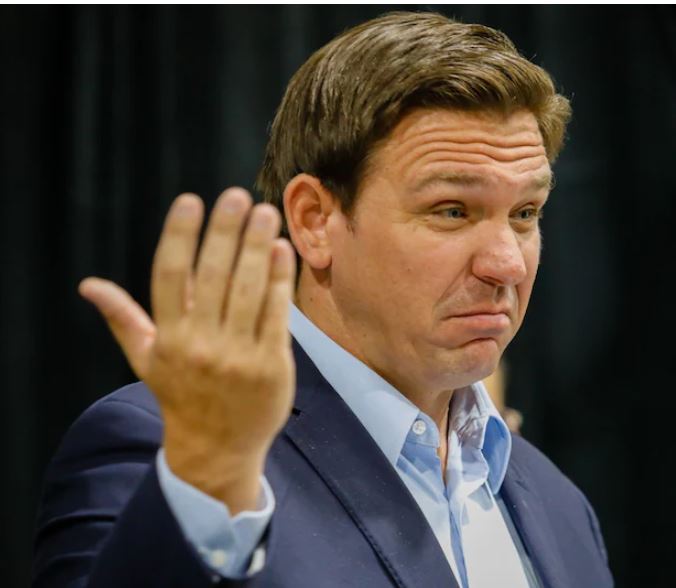 The new law will make it a second-degree misdemeanor to picket or protest outside a person’s house to “harass or disturb” that person. Violators will receive a warning, and those who do not stop may be arrested for unlawful residential picketing, a crime punishable by up to 60 days in jail and a $500 fine.

DeSantis said the law aims to prevent protests in Florida like the ones outside U.S. Supreme Court justices’ homes in the D.C. area, where abortion rights activists have been demonstrating after an opinion draft from Justice Samuel A. Alito Jr. was leaked, showing that the court may overturn Roe v. Wade.

DeSantis said in a statement that “sending unruly mobs to private residences” is inappropriate.

“This bill will provide protection to those living in residential communities and I am glad to sign it into law,” he added.

The protests in the D.C. area have appeared to be peaceful.

The bill was initially introduced in the Florida legislature in January.

Republicans and Democrats have been debating the legality of protesting outside the private residences of Supreme Court justices, and the White House has said such protests are fine — when they are peaceful — but should never resort to violence.

Some opponents said Florida’s new law, which is set to go into effect Oct. 1, will violate their First Amendment rights — namely, their freedom to assemble and speak their minds.

“The right to peaceful protest is a bedrock American principle that should never be undermined,” Menes told Florida Politics in a statement. “That’s not the case here in Florida, where we have seen legislation the last two sessions undermining this vital right and attacking the Black communities that have relied on it to bring about meaningful change for generations.”

The new law, her statement said, ″builds on the unconstitutional foundations of the anti-protest bill last year and only reaffirms our will to make sure our voices are heard in order to create a brighter future for the people of our state.”

DeSantis has recently signed a number of controversial bills, largely regarding education. In fact, the governor has been working to restrict classroom discussions on topics including race, racism, gender and history.

Last year, his administration set new rules banning critical race theory (CRT), an academic concept taught largely in law schools that sets a framework for examining systemic racism. More recently, state education officials eliminated a number of math textbooks on its adoption list in part because they did not align with state content standards, called the Benchmarks for Excellent Student Thinking, or because they included “prohibited topics” such as CRT, the officials said in a statement. And DeSantis recently signed the Stop Woke Act to “give businesses, employees, children and families tools to stand up against discrimination and woke indoctrination,” according to a statement from the his office.

This month, he signed a bill into law mandating lessons on communist regimes in high schools.