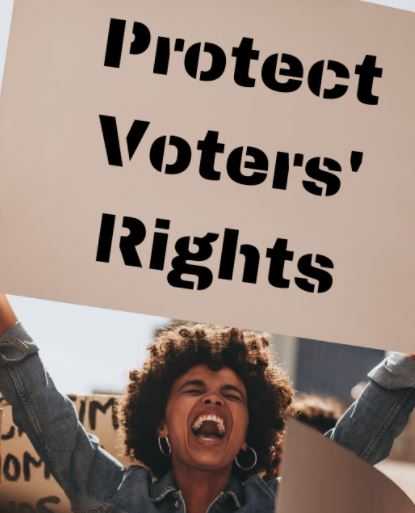 One of many historic footnotes to the tense November election was that Florida didn’t screw everything up for the rest of the country.

For once, the ballot-counting here was mostly uneventful, uncontroversial and fairly speedy. It was a weird new feeling to turn on the TV and hear other states be the punch line of all those snarky late night show jokes. The election process went so smoothly and handled such a huge turnout that Florida Republicans are moving fast to make sure it doesn’t happen again. The first of several bills designed to shrink the vote sailed through a Senate committee recently.

Filed by Sen. Dennis Baxley of Ocala, the measure would restrict vote-by-mail applications to one election cycle, and specifically require everybody who received mail ballots last year to re-apply in 2022.

As state law now stands, voters requesting a mail-in ballot receive them for two cycles of general elections, which is sensible and convenient.

Baxley claims revision is needed “to create less opportunities for mishap or mischief,” though he was unable to cite a single instance of mail-vote fraud in the last election.

Here’s the best he could do: “It’s not that big of a change. Some people are nervous about change. Why not try this? It may invigorate participation.”

Sure. The same way spike strips would invigorate the Daytona 500.

Baxley is an undertaker, not a comedian, so he probably wasn’t trying to crack a joke. But seriously, folks, the last thing Republicans in Florida want is more voter participation, especially in the cities.

Obviously, the pandemic contributed to the record surge in mail voting, but the trend of those numbers only reinforced the GOP’s congenital lack of enthusiasm for large, diverse turnouts on Election Day.

Voting by mail is more prevalent in metropolitan areas, where minority neighborhoods often favor Democratic candidates. Those communities have been the target of racist voter suppression efforts going back to the ‘60s, and not just in the Deep South.

It continues today, as Republican leaders in 28 states have introduced poorly disguised “reform” legislation aimed at discouraging voters of color. There’s a heightened sense of urgency because of what happened in Georgia, where heavy mail balloting by Black residents in Atlanta gave both U.S. Senate seats to the Democrats.

Republicans like Baxley always hurry to deny that their move to narrow the election laws are racially tinged, yet low-income minority communities are the ones always most hindered by new restrictions.

Reacting to Baxley’s proposed erasure of all standing requests for mail-in ballots, the Rev. Joseph Parramore, a minister from Quincy, said to senators: “Why break a system that everyone has applauded? This provision would be a step in the wrong direction and is seen as nothing more than an attempt once again at voter intimidation and voter suppression.”

Opposition to Baxley’s bill also comes from those who actually monitor the voting rolls — nonpartisan election supervisors who say that the changes are unnecessary and the cost of re-educating voters would fall on local taxpayers.

Don’t think that Baxley’s plan to complicate mail balloting just popped into his head. Boxing out potentially non-Republican voters is a nationwide priority of the Republican Party, and the strategy is to do it incrementally in state legislatures, one new obstructive law at a time.

You want to participate in this magnificent democracy? Fine, here’s another form to fill out. Oh, and we’ll need to see one more photo ID. Also, your signature looks more squiggly than it did five years ago, so could you please take off from work and drive down to the courthouse and give us a new one?

The politicians pushing such measures know that if you pile up enough annoying inconveniences, some people will get so frustrated that they give up on voting. That can be the critical difference in a tight election.

Florida went red in 2016 and 2020, but there’s still more registered Democrats than Republicans. Both Gov. Ron DeSantis and Sen. Rick Scott won office by floss-thin margins, and they don’t want a replay of the Georgia scenario the next time they run.

The surest way to prevent that is the oldest and ugliest way: Minimize the Black vote.

Florida just experienced the most secure, scandal-free election in years, and the GOP’s response is: “If it’s not broken, then we must be doing something wrong.”